A night fair was launched in Shanghai on Saturday evening, showcasing the vision to develop it into a 24-hour city.

The fair will last till June 20 as part of the Double Five Shopping Festival, featuring a number of events focused on shopping, catering, entertainment, reading and sports.

Bailian Gourp, a Shanghai-based enterprise principally engaged in department stores, for example, extended the opening hours of more than 30 of its major stores on Saturday night.

It also gave away special coupons for the night fair with a total value of 130 million yuan (US$20.32 million). It joined forces with Shanghai Shentong Metro Group, offering free Metro tickets to consumers who have spent a certain amount in Bailian stores.

The World Expo Museum will hold an "Expo Night" campaign, during which the museum will stay open until 9pm every Saturday, and will present special art exhibitions. 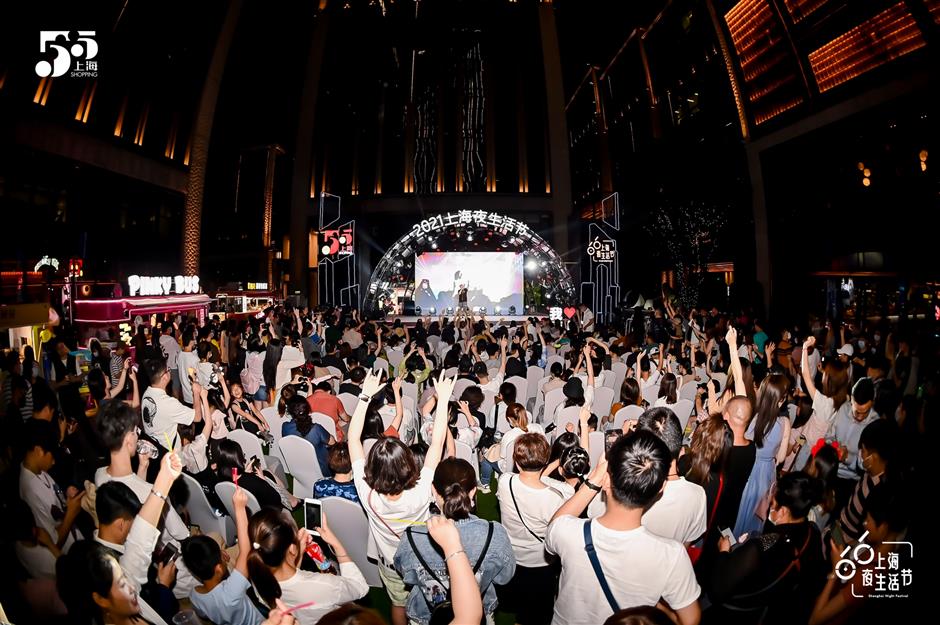 Influencers on Red will also introduce the activities during the night fair and promote vibrant nightlife scenes in the city to more residents.

Also on Saturday night, an index of the nighttime economy of cities was issued by the China Business Network, analyzing factors such as the number of bars, night movies and live houses, the brightness of lights at night, the coverage of night buses and the time of last subway.

The evaluation showed that among the more than 300 major cities investigated, Shanghai topped the list in terms of the overall situation of nightlife with a robust nighttime economy.