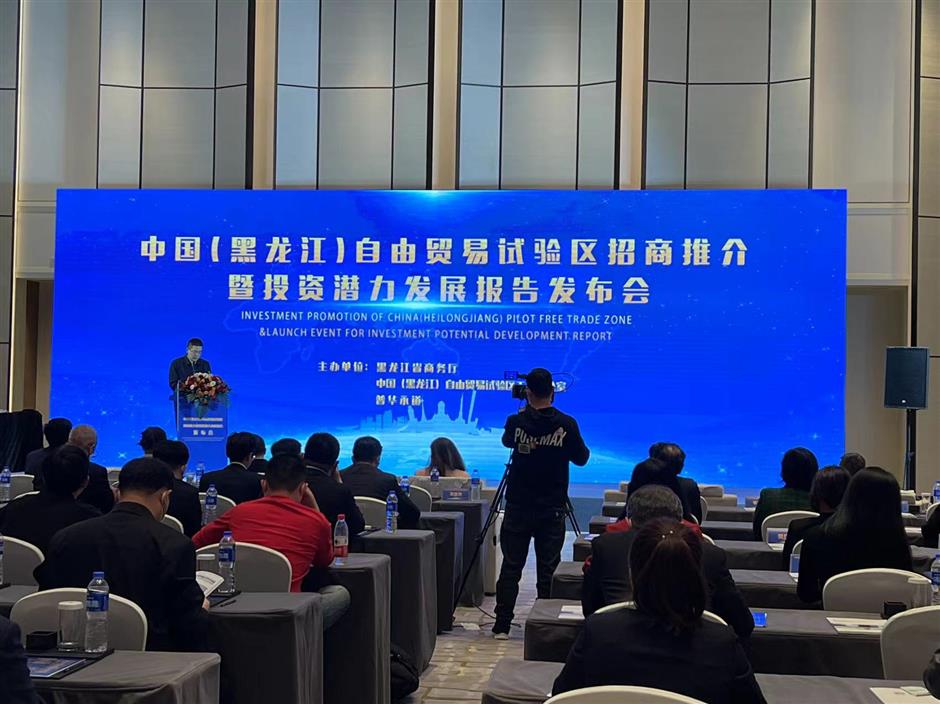 Boasting a total area of 119.85 square kilometers, the FTZ has three separate areas: one in Heilongjiang's capital of Harbin and the other two in the cities of Heihe and Suifenhe on the China-Russia border.

Since opening in August 2019, the zone is becoming a "bridgehead" for China's opening-up to Russia and Northeast Asia and business opportunities abound, said Wang Yongkang, a member of the standing committee of Heilongjiang Committee of the CPC and vice governor.

Wang was addressing an event in Shanghai co-hosted by Heilongjiang Provincial Department of Commerce, Heilongjiang FTZ and PricewaterhouseCoopers.

The zone is speeding up the construction of import and export processing bases with Russia, expanding the import of oil and gas, timber, coal, potash fertilizer, food and other products and strengthening the development and construction of 15 overseas parks.

The Harbin sub-area, located on the banks of Songhua River that forms much of the China-Russia border, has formed an industrial system represented by new materials, biomedicine, high-end equipment, ice and snow tourism, new generation information technology and satellite industry, Wang said.

Heihe sub-area has strength in sectors like cross-border e-commerce and logistics, cross-border agricultural product processing and health care and cultural tourism, while Suifenhe sub-area excels in cross-border wood processing, import processing of grain and Chinese herbal medicines, as well as the utilization of imported clean energy.

Over the past two years, the pilot zone has issued 31 supporting documents and more than 420 liberalization policies and has accelerated its capacity for innovation. Reform measures have streamlined approval processes, thus helping attract a significant quantity of investments.

In 2020, its total foreign trade volume reached 20.49 billion yuan (US$3.2 billion), an increase of 12.8 percent year-on-year, and in the first three quarters of this year, the figure stood at 19.6 billion yuan, accounting for 13.5 percent of the province's total import and export volume.