Shanghai is reaffirming its commitment to further advancing opening up and optimizing its business environment for investors from around the globe with the local government hosting its highest-level promotional event of the year again during the ongoing China International Import Expo.

This, the event's fourth year, is themed "Embracing the CIIE, Sharing a Future." Representatives from multinational, state-owned and private enterprises, professional service providers, foreign consulates in Shanghai, international organizations and investment promotion agencies are gathering today at The Grand Halls in the city's North Bund riverfront area where the 2022 Shanghai City Promotion Convention is scheduled to kick off. 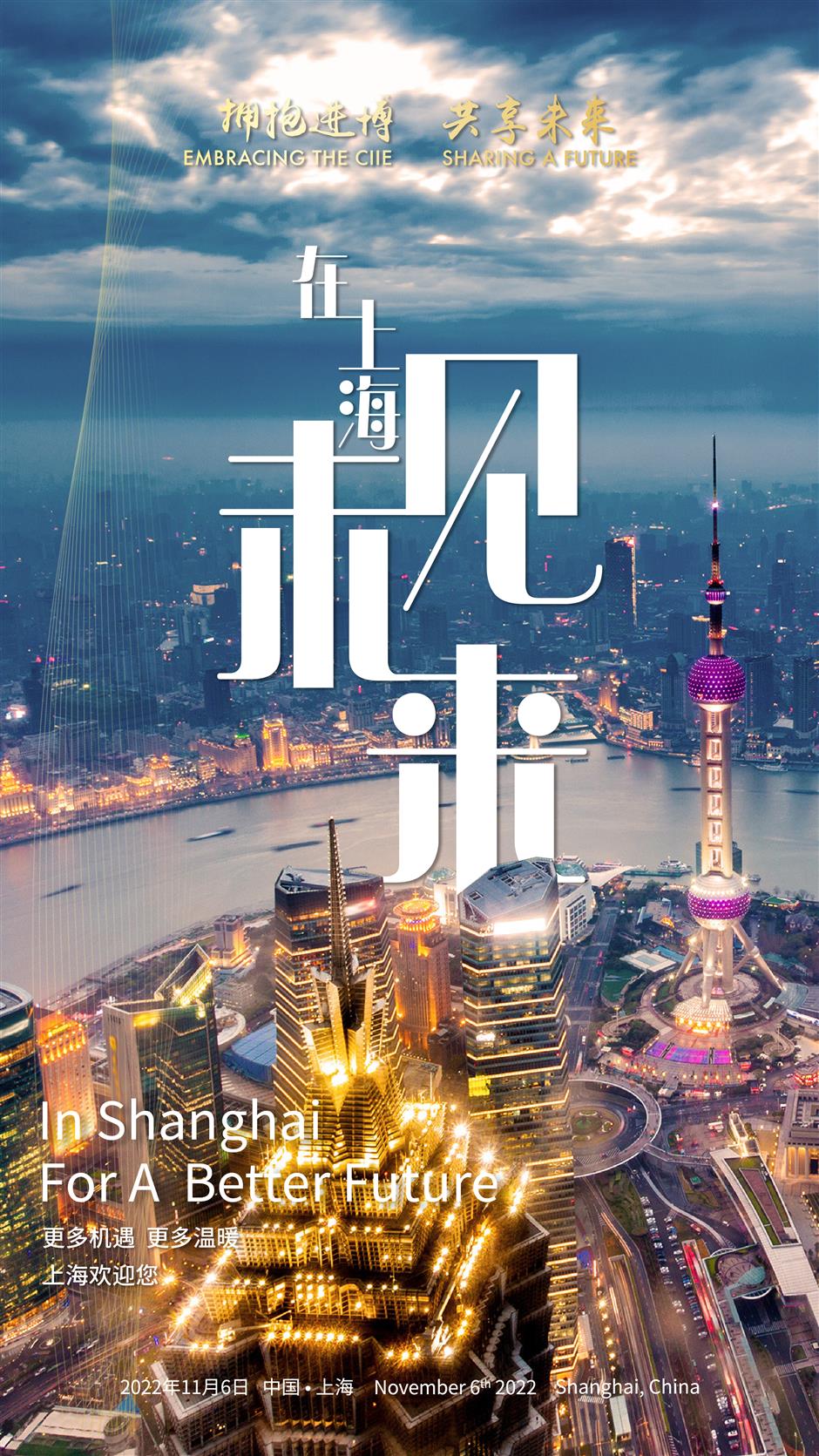 "The annual CIIE is an international event that brings together the world's most high-quality and dynamic trade investors to China and Shanghai and also serves as a major platform deployed by the country to promote a new round of high-level opening-up and economic globalization," said an official with the Shanghai Commission of Commerce. "As the economy has been recovering amid the accelerated implementation of a series of supportive policies, the commission will, together with all relevant units, take more pragmatic measures to promote high-quality business development, create a better business environment, propel the liberalization and facilitation of investment and trade, and build greater development space for various market players."

City leaders will deliver a keynote address, make promotional presentations and introduce new policies and incentives during the conference while several international organizations and institutions will share their insights on the latest economic trends in the world and their expectations for the future development of Shanghai via recorded video messages.

"Shanghai has made great achievements in attracting foreign investment over the past five years," said Zhang Yi, regional president of DuPont Asia Pacific. "More than 60,000 foreign companies are thriving in Shanghai, and the business environment in the city has continuously improved."

Having been present in Shanghai for three decades, DuPont is participating in the CIIE again this year to showcase its latest innovative technologies and solutions and explore together with its stakeholders how to capitalize on the new opportunities of the open world economy and develop further in Shanghai and China.

With the theme "Innovation, Integration and Collaboration for Prosperity," the company will showcase its DuPont Shanghai Innovation Center at the CIIE for the first time this year, where visitors can learn more about its local-for-local open innovation capabilities with a "cloud" tour of the center as well as many of its successful cases in empowering local high-tech startups and SMEs and mutually beneficial relationships with customers.

DuPont is showcasing its DuPont Shanghai Innovation Center at the CIIE for the first time this year.

"Shanghai is not only an open and inclusive city but also a fertile ground for innovation. Over the years, DuPont has made great strides in the city, benefitting from its quality and ever-improving business environment," Zhang said. "I believe that with signature events such as the CIIE and many more effective platforms, Shanghai will increasingly become the gateway to the Chinese market for global companies and a preferred choice for the global layout of the industrial, supply and innovation chains of multinational companies."

In Shanghai, where DuPont's China headquarters is located, the company has made major investments including establishing its largest R&D site outside of the US as well as several application labs catering to local needs with the latest additions including the DuPont OLED Application Lab and the DuPont Adhesive Application Lab.

World-leading professional service provider Deloitte echoed the significance of the promotional conference and the CIIE as a long-time supporter and active participant in the two events.

"As a witness to rapid changes in Shanghai, particularly from the perspective of the government's constant efforts in making innovation, which include the launch of the STAR Market with a pilot registration-based IPO system at the Shanghai Stock Exchange, the establishment of the Lingang New Area of the China (Shanghai) Pilot Free Trade Zone and the setup of the Hongqiao International Open Hub, Deloitte remains extremely upbeat about Shanghai's business environment," said Charlotte Lu, Eastern Region managing partner of Deloitte China. "The city's solid foundations for various industry development, detailed and refined area/space planning, coupled with competitive investment policies, have jointly made it an attractive place for global enterprises to set up their business and make or expand their investment."

Embarking on its China journey from its office by the Huangpu River in 1917, Deloitte has since then extended its footprint from Shanghai to a total of 30 cities around the country, delivering a full range of professional services covering audit, tax and advisory, as well as emerging businesses such as digitization, sustainable development of regional economy and green and dual carbon-themed development.

Deloitte remains a long-time supporter and active participant in the CIIE and the city promotion conference.

This year, with a theme of "Connected Excellence with Digital Impact," Deloitte will demonstrate a series of self-developed, vanguard solutions around two key topics, namely, sustainable development and climate change, and digital transformation, at the CIIE.

And the numbers speak for themselves when it comes to Shanghai's status as a magnet for international investors.

Against the backdrop of the COVID-19 pandemic, the city's paid-in value of foreign direct investment rose 11.3 percent year on year to US$18.57 billion in the first nine months of this year, while 46 multinational headquarters were newly set up during the same period, along with 17 foreign-funded research and development centers.

Positive feedback was also received from warm-up events for the city's promotional conferences held in October in Los Angeles, Frankfurt, London and Osaka. Representatives in these four cities from business councils, enterprises, chambers of commerce, and other organizations all expressed their confidence and determination in investing in Shanghai during the roadshows, which were the first of their kind ever held overseas.