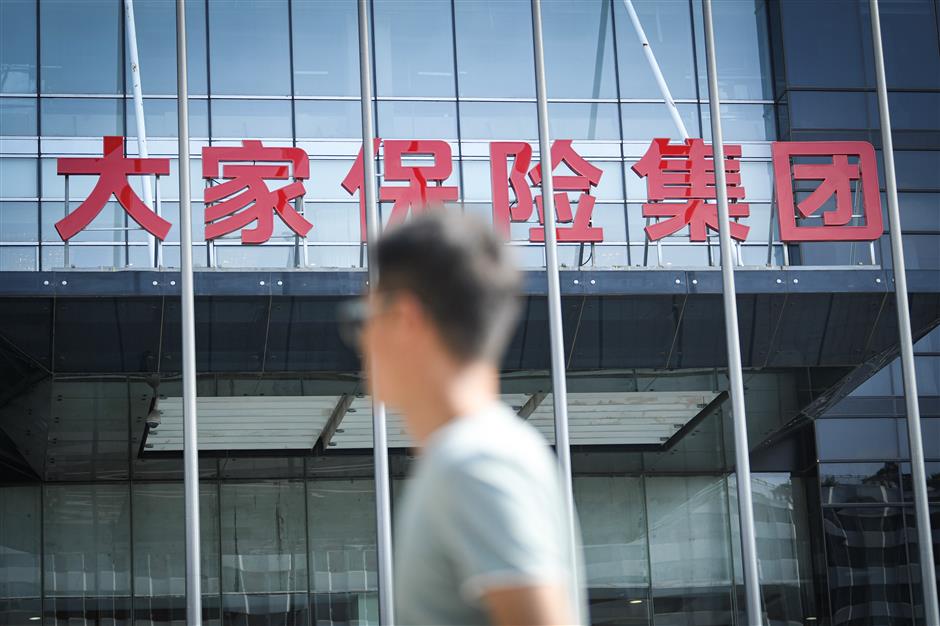 A man walks past Dajia Insurance Group in Beijing on July 11, 2019.

As the newly established Dajia Insurance Group split from Anbang has normal operation capability, the CBIRC has ended its takeover of Anbang Insurance according to law, it said.

As of January 2020, the short-term and medium-term financial insurance issued by Anbang before taking over had been fully paid without any overdue or default events, involving 1.5 trillion yuan (US$214.29 billion), the regulator said.

This has helped the group pass the cash flow payment peak and protect the lawful rights and interests of insurance consumers, it said.

The takeover was aimed at defusing risks at the company after illegal practices threatened its solvency.

China's insurance law stipulates that an insurance firm can be taken over by regulators if it is insolvent, or illegal activities hurt the public interests and threaten its solvency.