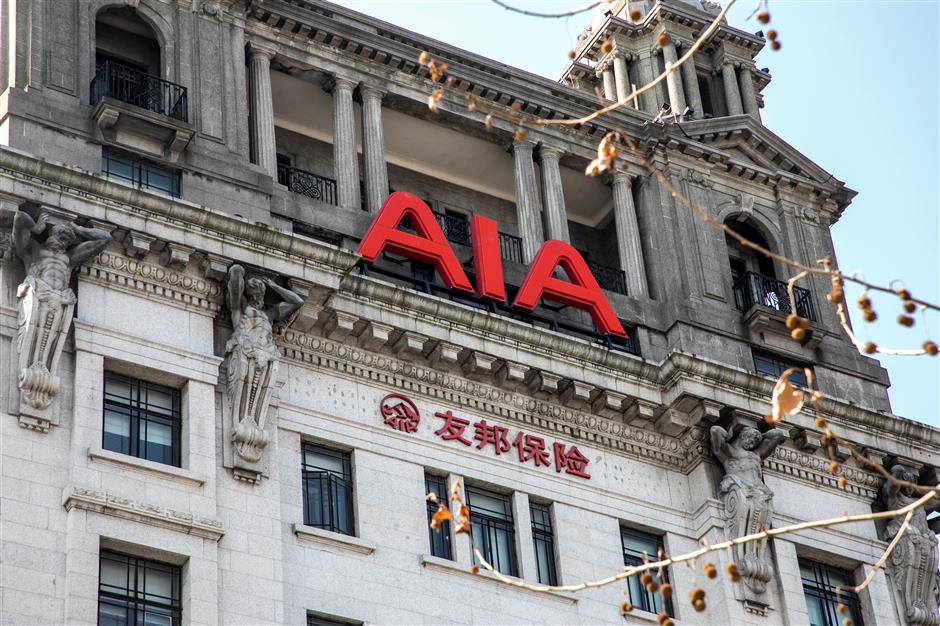 AIA's annualized new premiums, a gauge of new business sales, dropped by 20 percent to US$5.21 billion.

The pandemic has taken a toll on pan-Asian life insurance giant AIA Group, resulting in a sharp decline in new business last year, according to the company's financial reports.

Affected by COVID-19 containment measures, the insurer saw the value of new business (VONB), a key financial metric that predicts future profitability of new policies, decline to US$2.76 billion, down 33 percent from 2019.

AIA's annualized new premiums, a gauge of new business sales, dropped by 20 percent to US$5.21 billion during the reporting period.

In 2020, the VONB for agency businesses, which accounted for more than two-thirds of the company's total new business value, declined 28 percent as movement controls restricted in-person meetings, an AIA official said.

After-tax operating profits for the year, however, increased 5 percent to US$5.94 billion.

AIA China became the largest contributor to the company's VONB in 2020, although the Chinese market registered a 17 percent decrease in new business value from a year earlier.

The slump on the Chinese mainland market was primarily due to limited new sales during the initial outbreak of COVID-19 in the first quarter of 2020.

It has also received regulatory approval to open its newest branch in Sichuan Province.

“AIA has a unique opportunity on the Chinese mainland with enormous growth potential in both our existing footprint and new locations,” said Lee Yuan Siong, AIA’s group chief executive and president.