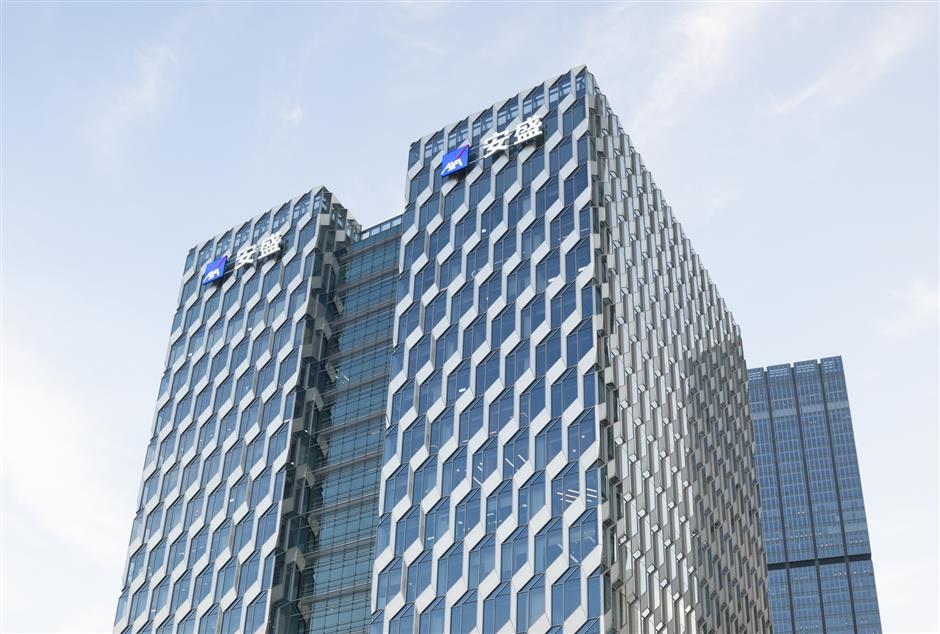 AXA Tianping became one of the largest wholly foreign-owned P&C insurance companies in China in 2019 after receiving approval from the watchdog to buy the remaining 50 percent stake of its joint venture in the company.

Shanghai is becoming more appealing to foreign financial businesses as it improves the environment for institutions along its journey to becoming a top global financial hub.

Aiming to increase its influence in the Asia Pacific region and the wider world, Shanghai over recent decades has maintained its leading role in China's finance sector development.

"The city has played a key role in the reform and opening up of the financial industry, serving as a pioneer and giving practical demonstrations to other areas in this field," said Zhu Yamin, CEO of AXA Tianping Property & Casualty Insurance Co Ltd.

"That is why AXA, as a leading global insurance group, chose Shanghai as the site to set up our Chinese headquarters – in the hope of giving full play to our advantage in internationalization in a more effective way," she said.

Zhu believes that China's financial industry, especially the insurance sector, has obviously accelerated the pace of opening up in recent years, and its market-oriented features have become increasingly prominent.

"We have seen regulatory departments at all levels keep strengthening construction and improvement to promote the standardized development of the industry," Zhu noted.

As a series of policy measures have been put in place, foreign-funded enterprises now get a lot more development opportunities and enjoy more support in a better business environment here, she added.

"We have witnessed the rapid optimization of the business environment and the expansion of opening up in Shanghai," Zhu said.

"For the past over two decades, every milestone of our growth in the Chinese market could not be achieved without the exceptional business environment of the city, and the strong support of local authorities at all levels," she said.

Grabbing the opportunities of supportive macro policies, especially those expanding financial openness, the AXA Group completed its full acquisition of AXA Tianping in December 2019. It had received approval from the China Banking and Insurance Regulatory Commission to buy the remaining 50 percent stake of its joint venture in the company.

The deal made AXA Tianping one of the largest wholly foreign-owned P&C insurance companies in China.

The financial sector can expect greater improvements in the near future. The Shanghai government has recently formulated a new plan for the city's development as an international financial center during the 14th Five-Year Plan (2021-2025).

It has set a goal to significantly upgrade its expertise as an international financial center by 2025 and to further strengthen its role in serving the high-quality development of the Chinese economy.

The city also aims to consolidate its central position in yuan financial asset allocation and risk management and enhance its global resource allocation functions. These moves are intended to support a solid foundation for its development as an international financial center of global significance by 2035.

Total trading volume in the city's financial markets is targeted to grow to about 2.8 quadrillion yuan (US$438.5 trillion) in 2025, while the scale of direct financing is expected to reach about 26 trillion yuan – more than 85 percent of the national total.

The city also expects to see the cumulative issuance of panda bonds (yuan-denominated bonds from non-Chinese issuers) reach 700 billion yuan by 2025, and hopes to become home to around 50 leading fintech enterprises.