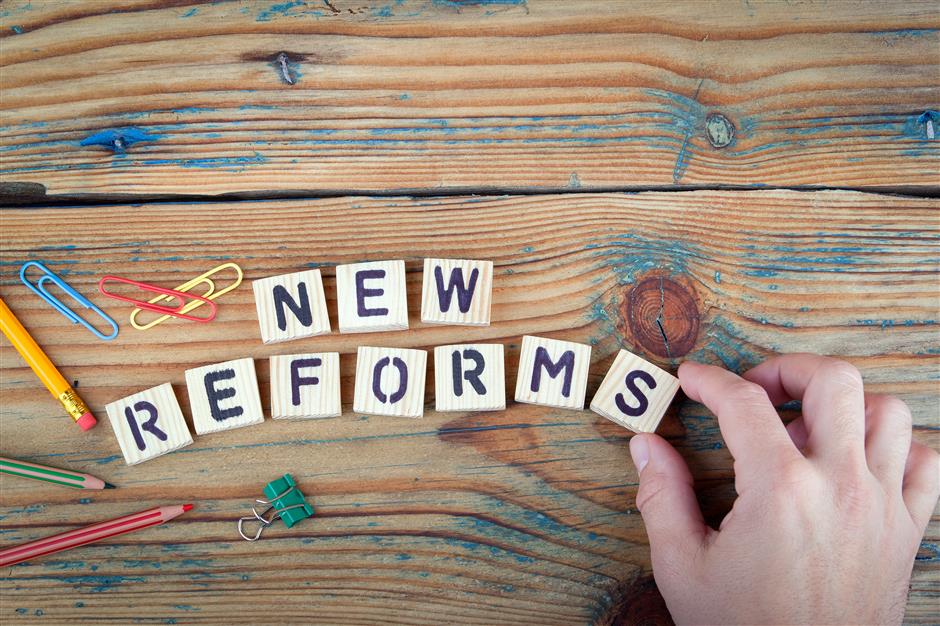 Gao Junqing, a Shanghai-based entrepreneur, still remembers his first experience knocking at the door of a foreign-funded bank around 20 years ago.

He wanted to seek advice on how to invest his money.

Two decades later, he has become an expert in investment. Reflecting on his investing experience, Gao applauded the rich variety of choices that are available to him now.

Gao is lucky, as China has been endeavoring to liberalize its financial sector over the last two decades.

Thanks to the century-long efforts, further progress has been made in the country's reform and opening-up to the world, said a communique of the sixth plenary session of the 19th CPC Central Committee.

The Party has consistently promoted broader and deeper reform across the board, with the financial sector an important part of the plan.

China's financial system has grown into a US$45 trillion industry that boasts the world's second-largest bond and stock markets and third-largest futures markets after undergoing a series of reforms to facilitate foreign investment.

The year 2021 marks the 20th anniversary of China's accession to the World Trade Organization. After the entry, the country's efforts in internationalization have brought its development to a new stage and injected fresh energy into the world economy, Xi noted

Beijing has recently been making encouraging announcements regarding the opening of China's financial sector. Most notably, limits on foreign ownership of fund management, insurance, and securities firms have been lifted throughout 2020, one year ahead of schedule.

This is a positive development for many foreign firms who have visions of establishing or expanding their operations in China, as the likes of Goldman Sachs and BlackRock were previously only allowed to own 49 percent of their joint ventures.

With registered capital of 1 billion yuan (US$155.7 million), it was among the first foreign-controlled wealth management companies to obtain regulatory clearance to tap the country's growing wealth.

The company, the country's first wholly foreign-owned money market broker, is entitled to operate its brokerage business in the foreign exchange, money and bond markets.

The country's Securities Law has also been reformed to simplify foreign participation, and thanks to the Bond Connect and Stock Connect schemes, the main vehicle to invest in China, global players now have easier access to China's vast capital markets.

To promote high standards of openness, China will further shorten the list of negatives for foreign investment and expand the availability of telecommunications, health care, and other services in an orderly fashion, according to President Xi.