More than one million square meters of new retail space will be added to the local market this year following massive project delays over the past year, primarily due to the pandemic, according to data released by major international property consultancies.

"Full-year new supply reached a 10-year low of only 243,000 square meters last year after more than 60 percent of planned projects were delayed," said Ellen Wei, head of retail for JLL China. "Large planned developments and slow leasing of new projects will put additional pressure on the decentralized market in 2021, while the prime market will fare better with limited new supply and active leasing." 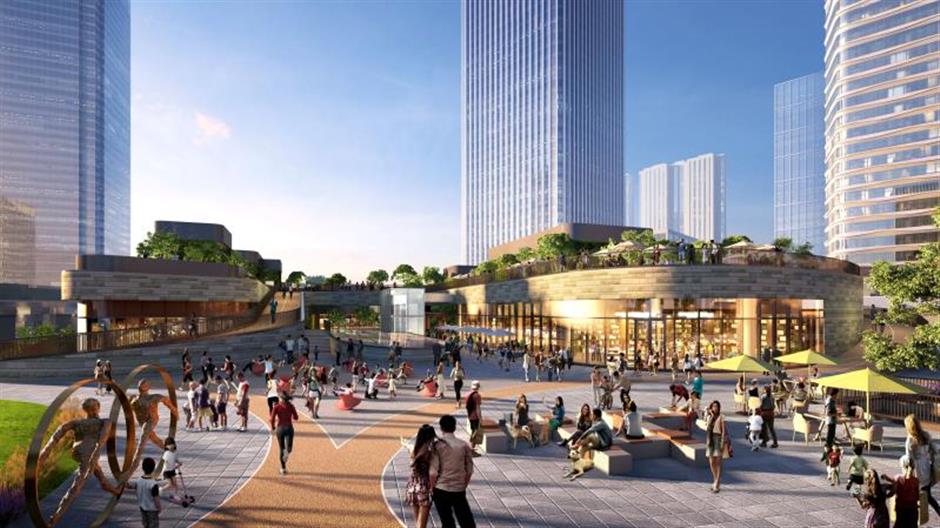 The wellness-themed community hub space on the rooftop of Taikoo Li Qiantan, which is set to open in phases this year in Pudong New Area.

Located in the heart of Qiantan — dubbed Shanghai's "second Lujiazui" — the 120,000-square-meter project, scheduled to open in phases this year, will feature an innovative wellness-themed community hub space on its rooftop. The space will include well-known global lifestyle brands such as Tsutaya Books, and others making their Chinese mainland debuts like MOViE MOViE — the cultural and lifestyle cinema brand from Broadway Cinemas — and a running station from Japan's ASICS.

"As Swire Properties' third Taikoo Li development, Taikoo Li Qiantan has been carefully planned around the wellness concept in terms of site selection and architectural and landscape design," said Han Zhi, director of retail at Swire Properties. "We're working with a number of high-quality brands to create a rooftop social space that combines healthy living, arts and culture, sports and leisure, and dining and entertainment."

Tenant upgrades to attract more influential and trendy brands aided the recovery of offline retail businesses, with outdoor sports, yoga and running shoe brands actively expanding. Other sectors, including beauty, automotive and designer toys, also maintained strong leasing momentum over the past 12 months, according to JLL.