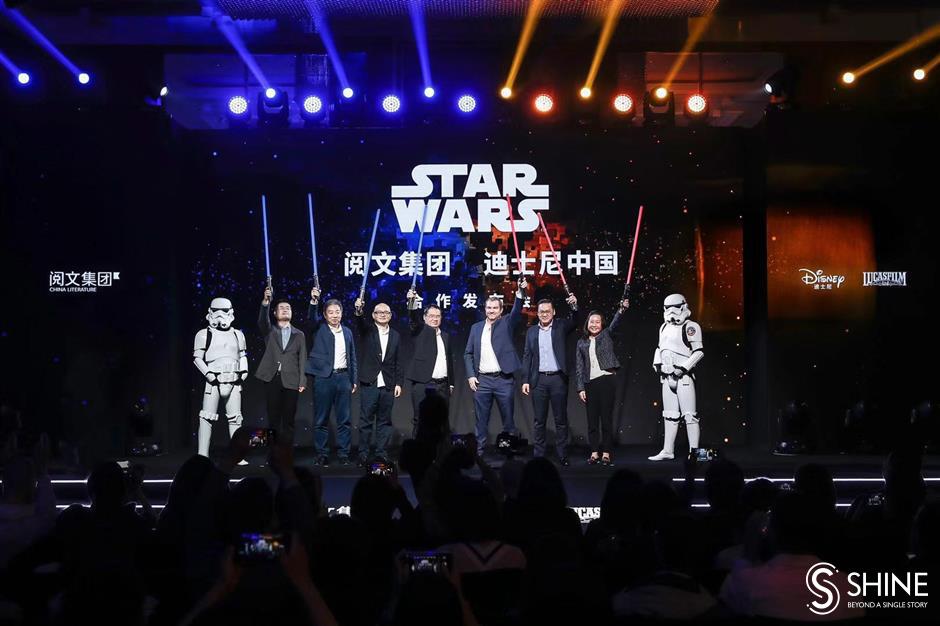 Stormtroopers pose with China Literature and Disney executives in Shanghai.

Chinese-language Star Wars e-books and the world’s first authorized Star Wars online novel by a Chinese author are on their way, thanks to a cooperation between China Literature and Disney China, both sides said in Shanghai on Wednesday.

Since the debut of first Star Wars movie 40 years ago, Star Wars stories have gained a huge number of fans.

China Literature, the country’s top online literature firm, will publish 40 Star Wars novels for Chinese readers. A novel based on Star Wars, by a Chinese author, will also be published, they said.

The cooperation will bring more “localized and diversified” Star Wars content to Chinese readers, they said. It will bring “China’s expression for a world-class galaxy,” said Wu Wenhui, chief executive of the Shanghai-based China Literature.

China Literature, which is listed in Hong Kong, has 217 million monthly active users.

James Waugh, vice president of franchise content and strategy for Lucasfilm, called the cooperation a “meaningful connection with Chinese audience.” Lucasfilm, which created and produced the Star Wars and Indiana Jones franchises, is a subsidiary of Disney.