Alibaba Group founder and former chairman Jack Ma once predicted that in a decade or so, business-to-consumer e-commerce and related services will be an “old-school thing.”

Indeed, as dividends in the business-to-consumer online sector begin to taper off, more e-commerce services are moving upstream into the burgeoning and more lucrative business-to-business sphere.

A number of startups in the financial technology realm have been pioneers of this shift. In a contrast to fintech firms that specialize in risk assessment and control for banks or processing payment for offline merchants, Shanghai-based XTransfer, founded in 2017, has taken aim at solving problems in cross-border payments for smaller importers and exporters.

“We have accumulated about 100,000 users,” said Bill Deng, co-founder and chief executive of XTransfer. “They each record transactions in the region of several hundred thousand dollars to up to US$1 million a year.”

Deng said he is betting big on cross-border payments because smaller-scale trading companies used to suffer great difficulties in getting standard banking services.

One of the ramifications of globalization in recent times has been the vast corporate networks built by large national banks largely to serve multinational companies. But now, as smaller trading firms begin to form the bulk of global trade, that landscape is changing. Of the US$2.5 trillion in Chinese exports each year, some 60 percent or more are transacted by the nation’s 4 million smaller companies.

Banks are caught in a dilemma. They are waking up to the fact that they have snubbed a legion of “long-tail” customers whose business they now need.

Since the yuan is not a freely convertible currency, the common practice among smaller domestic exporters is to open an offshore account with a bank operating outside the Chinese mainland, such as in Hong Kong. An offshore account is essential for traders to process wire transfers and move money to their domestic bank accounts.

But opening and keeping an offshore account has proven somewhat difficult for local traders. Banks subject them to tight scrutiny for any illicit activities, especially in relation to money laundering.

As money leaving national borders is hard to track, cross-border payments have become a hotbed for money laundering and other financial fraud.

As a result, even offshore banks have largely continued to shun small-time traders who may not have the savvy to establish efficient risk profiles and related qualification paperwork.

Local banks in China are also tightening their risk control for funds from abroad. Deng’s plan is to help smaller firms gain access to offshore accounts and settle payments back into China in a legitimate manner. Heightened global regulatory concerns about money laundering began in 2012, when HSBC Holdings was fined a record US$1.92 billion for internal loopholes that were exploited for money laundering. As national governments raise the alert levels, companies like Deng’s are seizing the opportunity to provide one-stop risk control services through technology.

Applicants for an offshore account can sign up with XTransfer by first submitting documents such as photocopies of licenses and identity information online. After a day’s screening of the paperwork, the company asks qualified candidates to choose accounts under big-name corporations like Citibank, Development Bank of Singapore and Barclays Bank, among others. 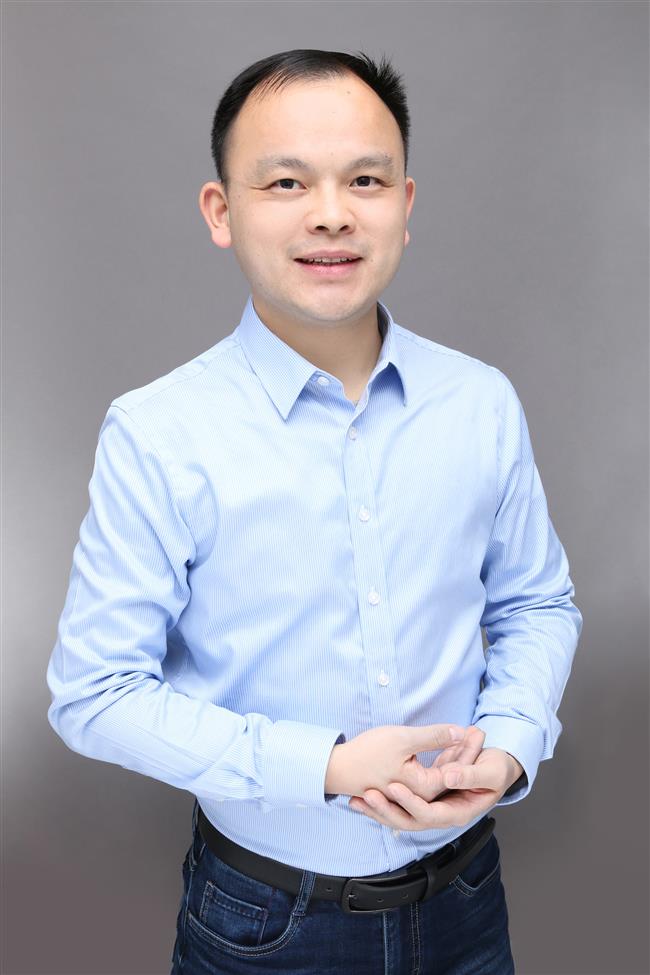 Bill Deng, co-founder and chief executive of Shanghai-based XTransfer, said he hoped to one day support a global network of tens of millions of smaller businesses.

According to Deng, XTransfer charges users US$10 for each wire transfer and an extra handling fee of 0.4 percent if the sum to be sent to an intermediary bank is more than US$10,000.

To acquire a whole set of data pertinent to a transaction, XTransfer’s app asks users to provide information such as logistics forms, contracts, customs declaration forms and invoices. This is to verify that every deal truly exists and has no taint of money laundering, fraud or terrorism-related financing.

Deng admitted it is no easy task. Millions of companies produce a massive amount of data that are practically impossible to monitor and verify under the risk-control arrangements by banks and other lenders. Technologies like big data and artificial intelligence are needed to ease the heavy workload.

“Right now, 70 percent of our work is done through automation,” said the 37-year-old. “In the future, we will strive to elevate that proportion.”

Although cross-border payments are a hotly contested market with a host of players involved in both receiving and sending money, Deng said XTransfer has greater potential than counterparts that only wire money for clients.

“Companies that remit money are merely moving it from one bank account to another,” said Deng, who worked in senior positions at Ant Financial, the financial affiliate of Alibaba for seven years, and Visa International for three years prior to founding XTransfer. “In this sense, they poach customers from the banks.”

Since money in a bank account is often vetted to see if it’s “clean,” firms that send only money do not need to invest huge sums in updating their screening procedures for anti-money laundering.

“For that reason, they face a much lower growth ceiling,” Deng claimed.

For a firm to be able to receive money in a manner that stands up to regulatory scrutiny, it has to establish a series of standards and protocol governing risk control, and that is technically trickier for firms that invest little in technologies, according to Deng.

Despite a phase-one deal that will see China and the US end their tit-for-tat tariff escalations, the 18-month-old trade war has cost jobs, undermined growth and clouded the global trade outlook. Still, Deng remains upbeat about a rebound in global trade and the ensuing benefits for his clients.

As China works vigorously to connect world markets under its Belt and Road Initiative for freer flow of goods and services across borders, more trading companies, and not just those from China, are expected to embed themselves deeper in the global value chain. Deng said he is convinced that this will create an opportunity for XTransfer to broaden its global reach.

To date, XTransfer has secured permits from authorities in overseas markets including the UK, the US, Australia and Japan to operate payment services. Deng said he wants to expand the business to include 10 largest trading partners of China, including Vietnam and India.

As is with all tech startups eying the next rung up the ladder, he is setting his sights on building an ecosystem comprising all stakeholders in global trade, including buyers, sellers, lenders and logistics service providers. With adequate data he said he hopes to document clients’ creditworthiness and then proceed with offers to lend to clients.

Another possible option in diversification is to recommend qualified logistics suppliers to others in the ecosystem.

XTransfer aspires to move ahead in three phases. According to the plan, the firm will focus on serving Chinese clients in the first five years, to be followed by forays into overseas markets and ultimately serving global clients.

“We hope to one day support a global network of tens of millions of smaller businesses,” Deng said.