Semiconductor companies are wired for success

The China International Import Expo is a stage to demonstrate good technologies as well, as they are the deciding factors for good products in the future.

China has issued national strategies to develop an integrated circuit industry, as chips are used in all key sectors such as smartphone, consumer electronics, smart driving and industrial sectors. This especially makes sense amid US tech export bans on China.

ASML, the world’s leading lithography system supplier, said it holds a “spirit of openness and cooperation” for doing business in China, the media have reported citing ASML China President Shen Bo during the CIIE. 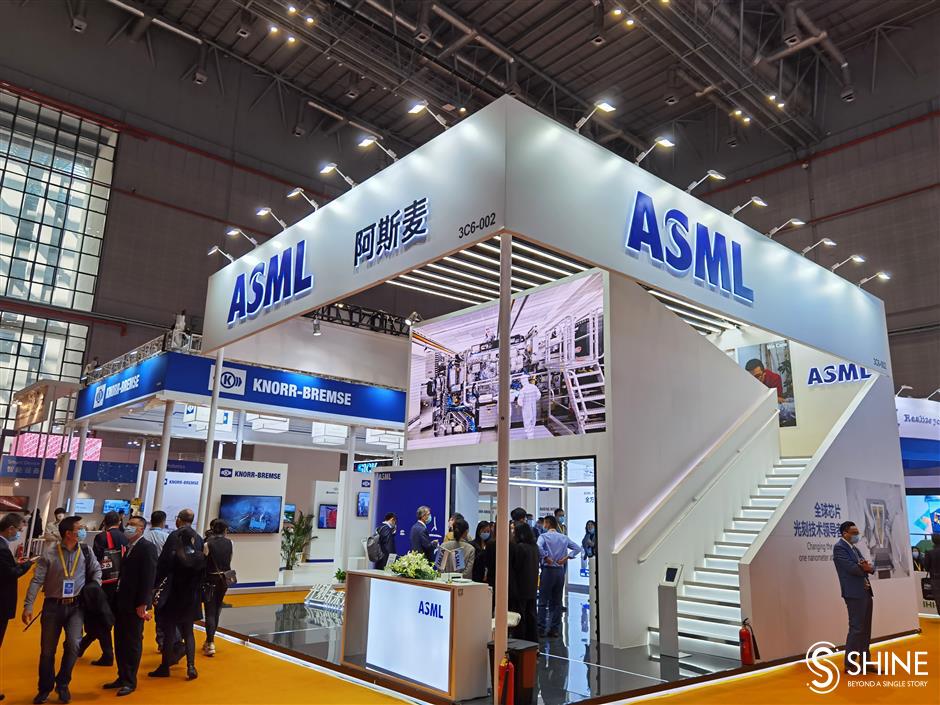 ASML's booth at the CIIE.

The growth came from a surge in demand for chips, and the national strategy of intelligent infrastructure construction, despite the COVID-19 outbreak.

During the ongoing CIIE, firms announced business expansion in China to tap into the fast-growing market.

German chipmaker Infineon has come to the CIIE for three consecutive years. It has announced it will invest heavily to build an IGBT (insulated gate bipolar transistor) production assembly line in Wuxi, Jiangsu Province.

IGBT is one of the key semiconductor components used in cars and industrial devices.

Shanghai-listed Wingtech has acquired Nexpeia to become the top-listed chip firm in China this year.

The WM418 now supports 4G networks, and the product supporting 5G will be ready “soon in the future,” Deng Anming, assistant to chairman of Wingtech, told Shanghai Daily at the booth.

As the world’s top FPGA chip firm, Xilinx offers products and services in various industries in China such as automotive and industrial sectors. It has partners and clients in China including Internet giant Baidu.

Chip giant AMD announced it will acquire Xilinx in a transaction valued at US$35 billion. The combination will create a new leading chip firm in the industry.

Chip firms including Qualcomm and Kioxia also attended the CIIE  to showcase 5G and memory technologies and products. A highlight was a 5G-featured table tennis robot with AI functions. 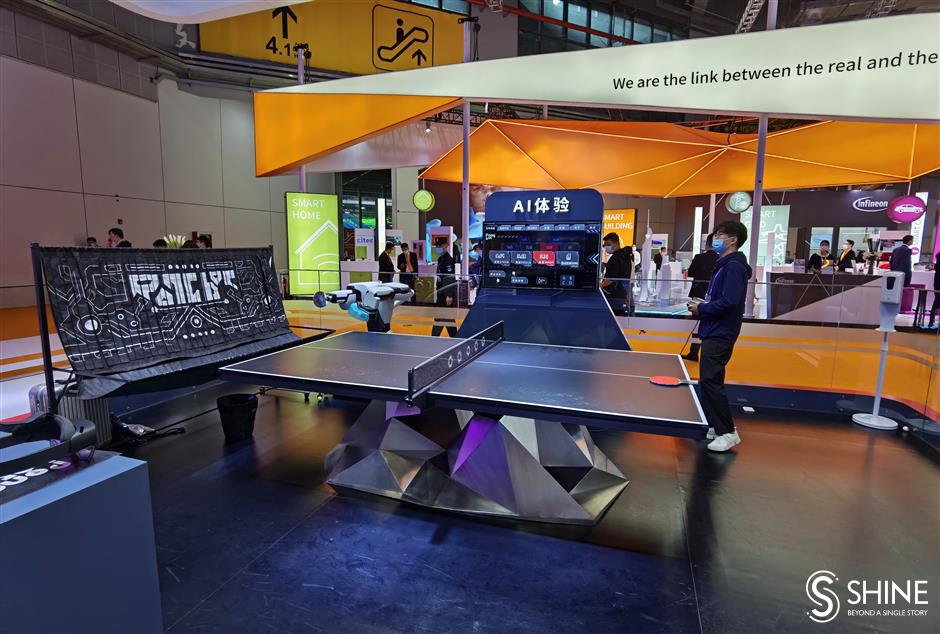