Startup brand AITO has become a rising star in the booming new energy vehicle market in China, with rapidly-growing sales in recent months, a Huawei-powered brand and technologies and expanding distribution networks.

AITO, which stands for Adding Intelligence to Auto, is jointly developed by Huawei and SERES. It officially launched its first car, the AITO M5, in March.

The three most promising Chinese NEV firms – Nio, Xpeng and Li Auto – also posted a strong rebound in June from the previous pandemic-affected months. In June, their monthly sales hit between 13,000 and 15,000 units each. 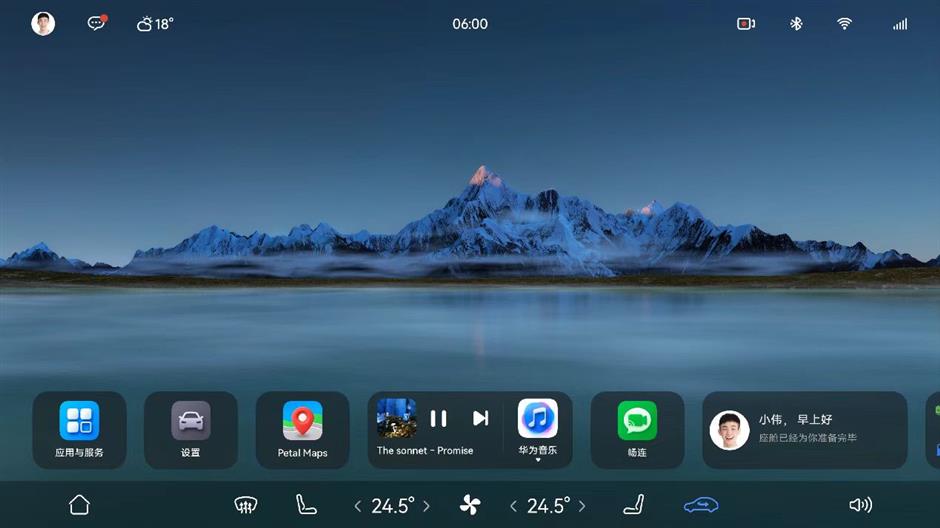 AITO's second car,the AITO M7, a bigger sports utility vehicle equipped with the Huawei-developed HarmonyOS system, a smart cockpit and hybrid energy system, also debuted on Monday. It costs between 319,800 and 379,800 yuan (US$49,230-58,461), with a maximum cruising range of over 1,200 kilometers, better than Tesla and most electric cars.

It's a good time for NEV brands including AITO.

A total of 702,000 NEVs were sold worldwide in May and China accounted for about 59 percent as the world's biggest market.

In May, China's new energy passenger vehicle sales jumped over 90 percent year on year while the June sales figure may surpass 500,000 units, a record high, according to the China Passenger Car Association.

Compared with other brands, AITO cars can be seamlessly connected to more than 240 million HarmonyOS devices, including smartphones and home appliances, which can be used to unlock and remote control AITO cars.

All Huawei's newly-released phones support HarmonyOS, including the Nova 10 released on Monday.