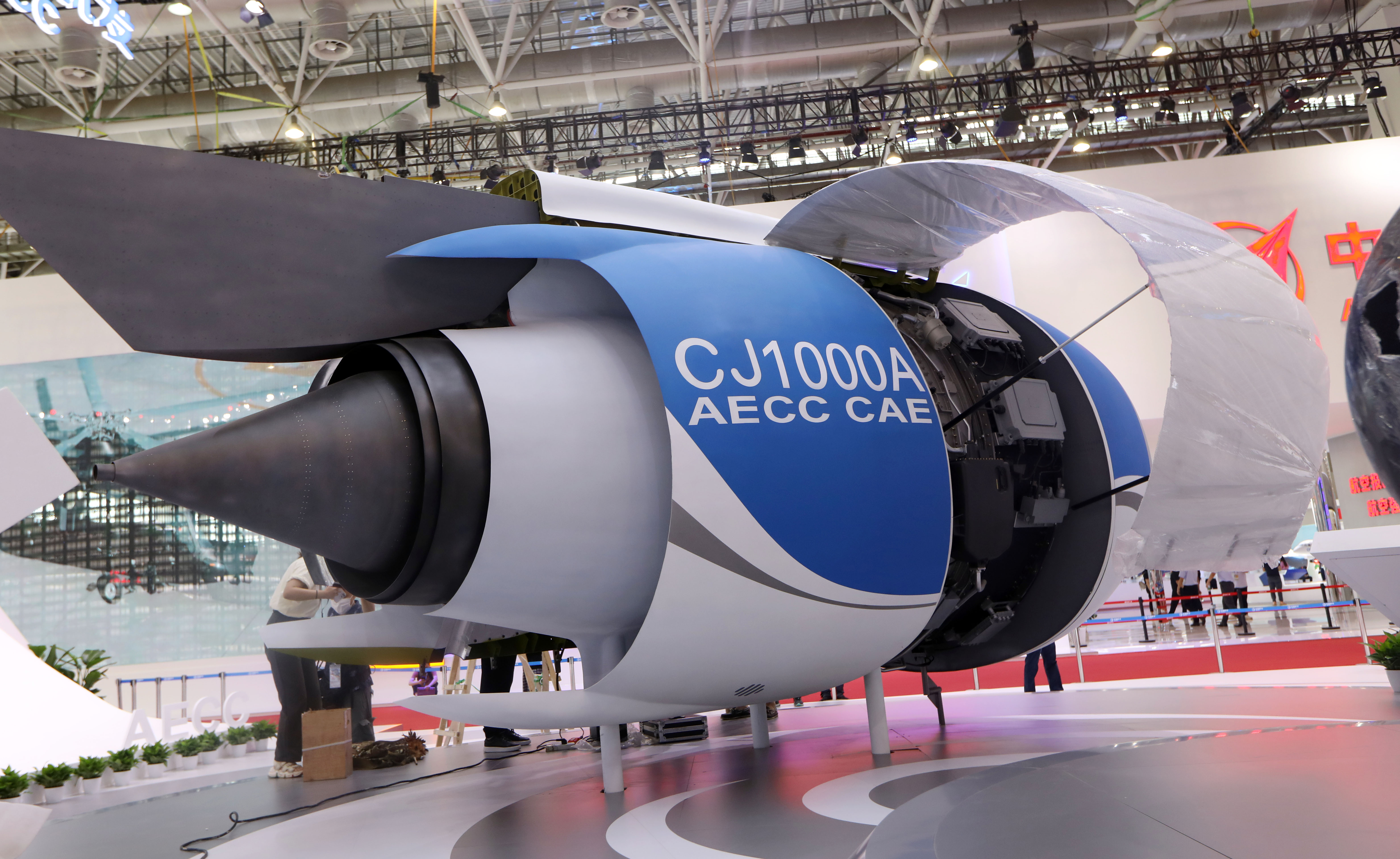 The home-made engines for commercial jetliners, which are still in the research and development and manufacturing stage, will introduce an electric propulsion system and sustainable fuel, said Wu Shizhi, general manager of Aero Engine Corp of China (AECC) Commercial Aircraft Engine Co.

"Integrated verification and research is being being carried out on the new energy and new power technology to reduce emissions and noise from the engines," Wu told the 6th Commercial Aero Engine Shanghai International Forum.

An aircraft engine is considered the heart of a plane and key to its reliability and cost efficiency. Only a few countries, such as the United States, Russia, the United Kingdom and France, have acquired the techniques to independently develop high-quality aviation engines.

China's exploration in the plane engine sector began in 1954 when it developed the first piston engine M-11 with support from the erstwhile Soviet Union. 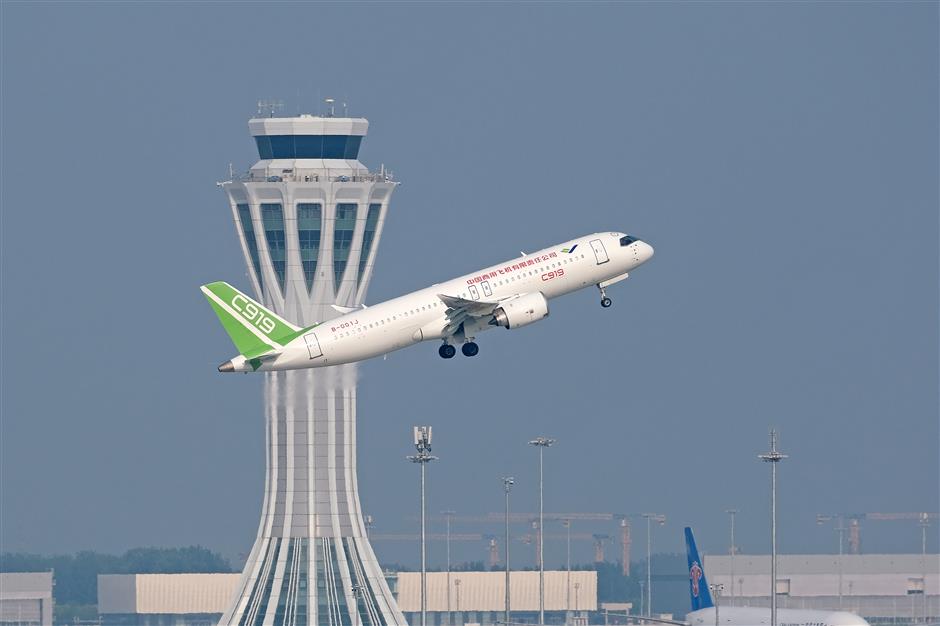 A prototype of C919 takes off for its certification at the Beijing Daxing international Airport in August.

However, China's development of engines for commercial jetliners, which requires higher reliability, duration and cost efficiency as well as lesser noise, was long impeded by technological bottlenecks, such as 3D printing, heatproof paint and vacuum welding.

The CJ-series, China's first batch of self-developed commercial aircraft engines, will be a breakthrough for the nation's jetliner engine making sector, Wu noted.

The CJ-1000A, the first product of the series, is being developed for the C919, China's first home-grown narrow-body aircraft.

The six test planes have finished the testing tasks and will enter the final stage of receiving a certificate from the Civil Aviation Administration of China, which is required for commercial operations, marking a milestone in China's aviation industry.

However, the C919s are currently using the LEAP engine made by CFM International, a US-French venture co-owned by General Electric and France's Safran.

The C919, with 168 seats and a range of 5,500 kilometers, competes for orders with Europe's Airbus and American Boeing. 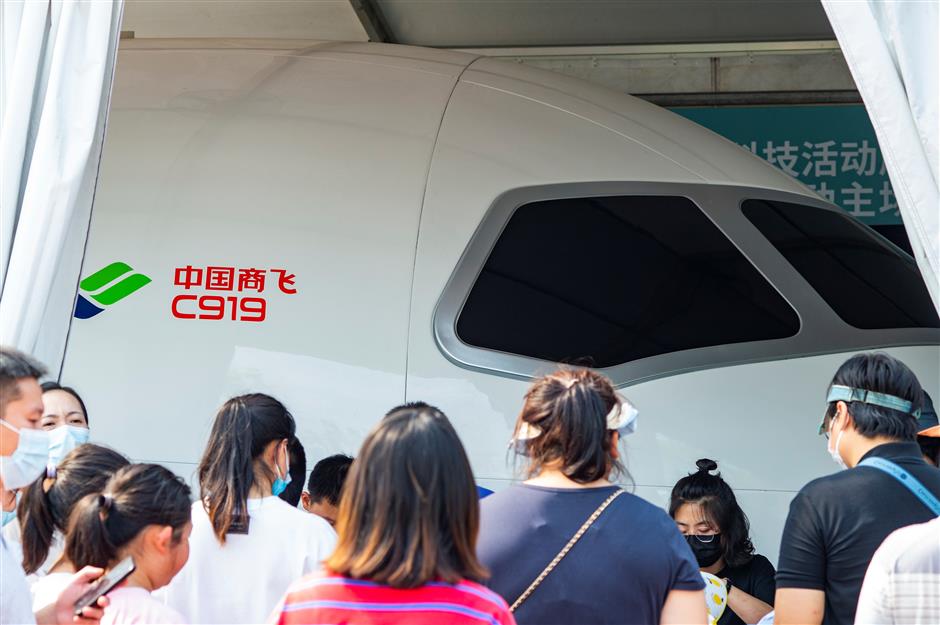 A simulation cockpit of C919 on display at the Beijing Science and Technology Week in August.

The CR929, being developed by China-Russia Commercial Aircraft International Corp, a joint venture between COMAC and United Aircraft Corp of Russia, will have 280 seats and a range of 12,000km.

The wide-body aircraft is expected to be equipped with the China-developed CJ-2000 engine.

Plane engines are the most complicated industrial products with high technological threshold, Wu said, pointing out that China must stick to the self-reliance and innovative concept to develop its own products.

Xu described Shanghai as the "main battlefield" for the industry where home-grown jetliners are being developed.

More than 100 officials and experts from airlines and aircraft makers will discuss the latest aircraft engine technologies during the forum that runs through Wednesday. The society and the AECC Commercial Aircraft Engine Co are jointly hosting the event, organized by Galleon (Shanghai) Consulting Co. 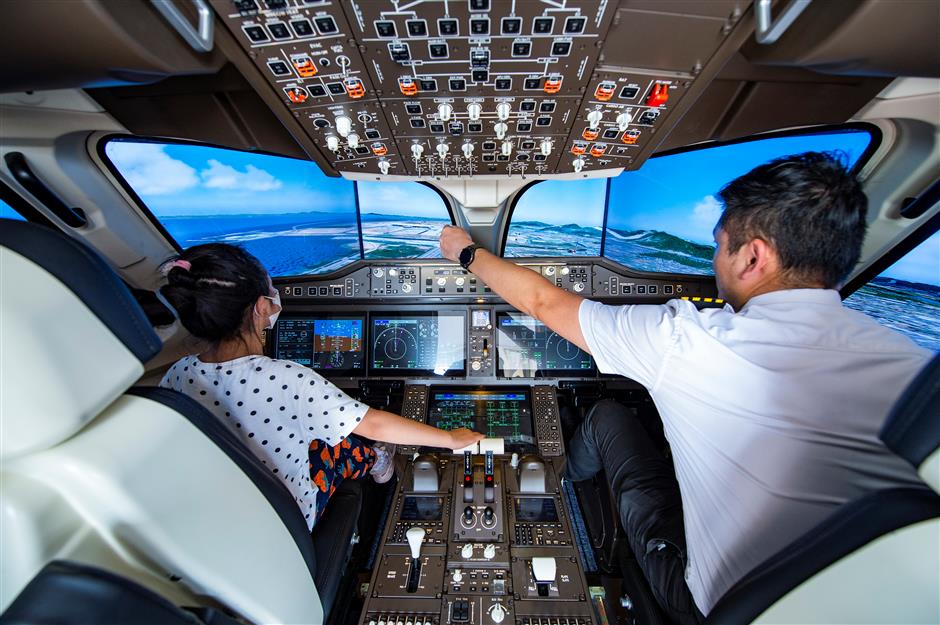 A girl tries to pilot a C919 jet in the simulation cockpit at the Beijing Science and Technology Week in August.