Hundreds of retailers, restaurants and grocery stores have restored operation through takeaway and on-demand delivery sites in Shanghai.

Meituan said the number of takeaway orders has been steadily picking up at hotpot, quick service restaurants over the past week.

More than 700 local canteens and beverage vendors are open for takeaway orders as of Friday although some still have limited menu items.

Two out of the five Tong Fat Tou restaurants in the city have been able to take food takeaway orders since late April following different business requirements at district-level authorities. 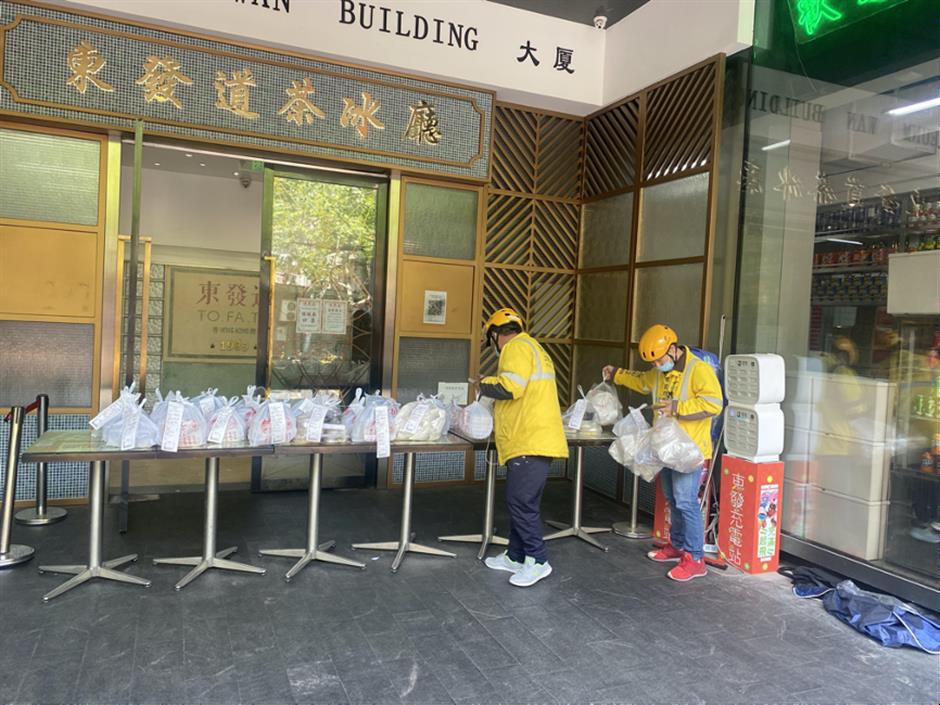 Meituan staff pick up food takeaway orders at a restaurant in Huangpu District.

Sherry Yuan, who lives in Yangpu District, has been looking forward to a food takeaway from a nearby Cantonese restaurant. She placed an order of lunch for four first thing on Saturday morning as soon as the delivery service became available. 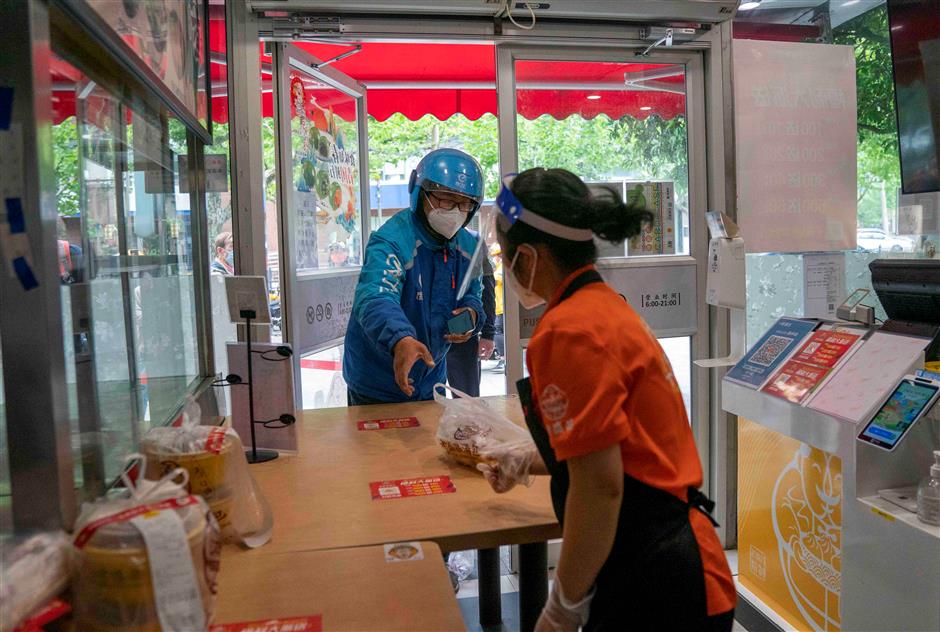 Steamed bums, fried chicken and Chinese dishes have been popular items on Ele.me site, while over 100 hotpot stores such as Haidilao also are available. Some had to temporarily suspend delivery orders due to shortage of delivery staff.

Eight Metro supermarkets in the city also resumed operations, and they're taking delivery orders for food and daily necessities from the official application and WeChat mini program.

After completing pandemic prevention measures according to the request from market authorities, the retailer has expanded the delivery range from 5km to 10km from the closest store.