An exhibition has opened at Light Gallery in Hangzhou, showcasing the very latest in Britain’s documentary photography.

Anna Fox, a professor of Photography at the University for the Creative Arts, presents “Resort 1 & 2,” which comprises 25 pieces of her work produced in 2009 and 2011.

The pictures were taken at Butlin’s, one of the British Isle’s most well-known holiday camps. Built in the 1930s, near the south coast of England, the resort created a unique environment for working-class families at that time.

In the series “Resort 1,” Fox uses a large format camera to capture contemporary leisure scenes of families splashing about in a swimming pool, singing karaoke, or children having their faces painted.

In one picture, a dribble of coffee is captured coming down the back of a bright yellow chair in a family meal setting.

Contrary to the mundaneness of the subject, the drastic color and use of lights in each picture injects a theatrical drama to her works, as well as adding a touch of surreal awkwardness. 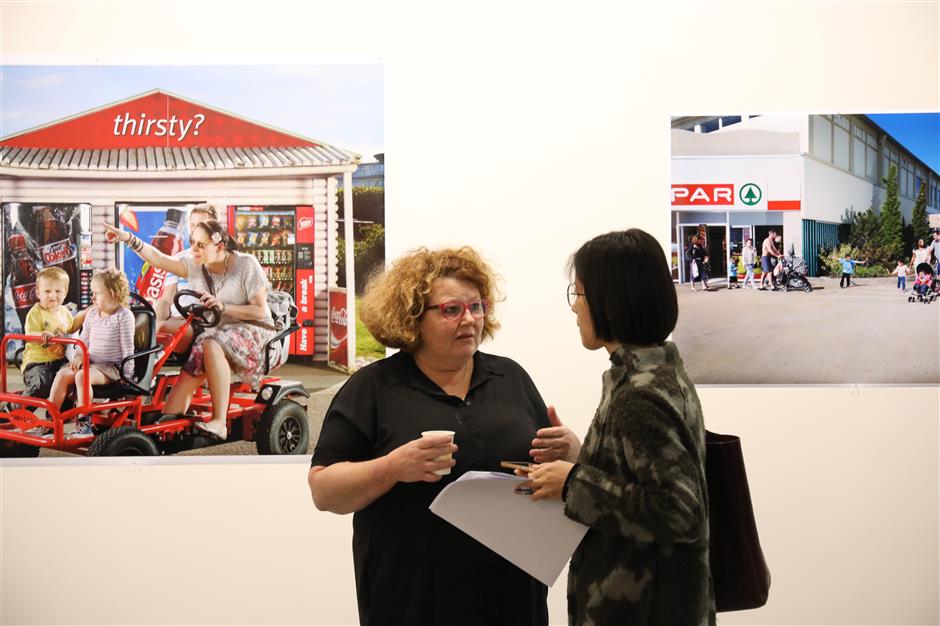 Artist Ann Fox introduces her works in front of her series “Resort 1” at the opening ceremony of her solo exhibition, which will run through December 18.

The project was originally a commission from a gallery funded by the Butlin’s, in a hope of generating more interest in the holiday camp. Only three Butlin’s camps have survived from the pre-war era, as more people in the UK take up cheap packaged holidays in Europe.

“In the 1960s, John Hinde, an advertising studio, made a very famous set of postcards for the Butlin’s. So I decided I would try the same approach,” said the artist during an introductive speech at the opening. Although it would be more accurate to say Fox’s pictures have been “staged” rather than recorded.

A crew of 10 people, comprising of cameramen, assistants and a lighting director, posed in a location between one and four hours and Fox would capture the picture.

“The minute I arrived in the space, I spoke to the people,” Fox told Shanghai Daily. “I told them what I was doing and told them to act as naturally as they could. There’s always some kind of performance. When people know you’re there, they perform.”

And perform they did. Several pictures were often taken, capturing different facial expressions and then some would be joined together, as if each snap captured the target moving in slow motion.

“For me, documentary photography is about telling a story that I believe in. It is true as it is within my authorship,” claimed the artist.

While the prevalence of technology has deeply changed our perception of reality, Fox’s work questions the term of documentary reality in photography.

“In China, people tend to take documentary photography as an equivalence to photojournalism,” said Zu Yu, curator of the exhibition. “I think her works show a possible future, where photography begins to merge with film, theatre and a lot other art forms.”

Date: Through December 18, closed on Mondays 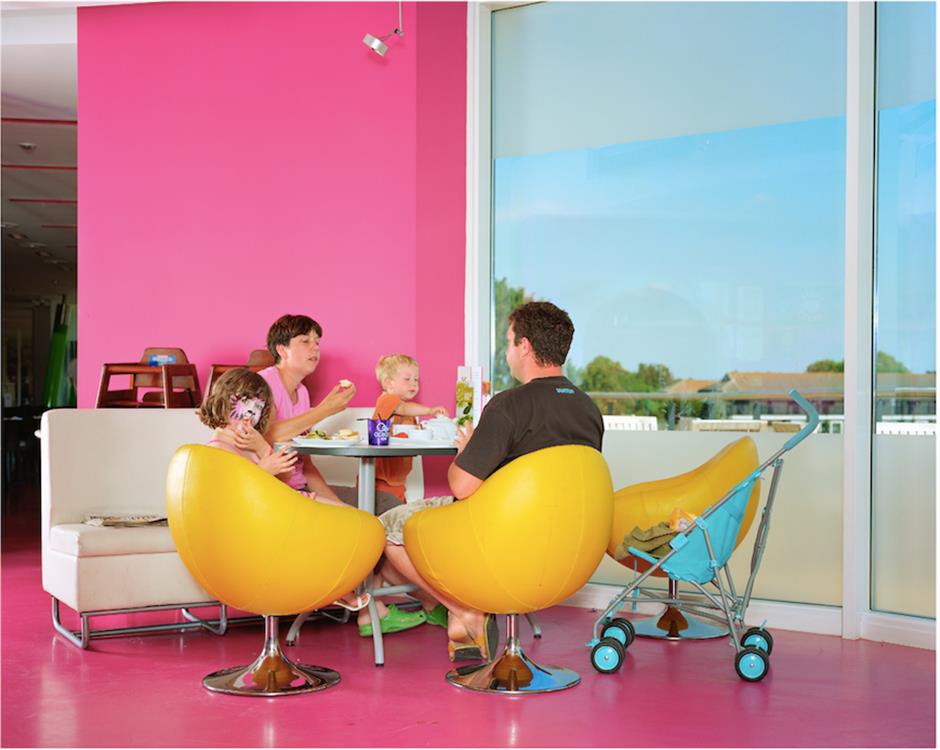 Anna Fox’s series “Resort 1” captures contemporary leisure scenes of families in Butlin’s, one of the most well-known holiday camps in Britain.