Krzysztof Penderecki, an award-winning conductor and one of the world’s most popular contemporary classical music composers, whose works have featured in Hollywood films like “The Shining” and “Shutter Island,” died at his Krakow home in Poland last week. He was 86. 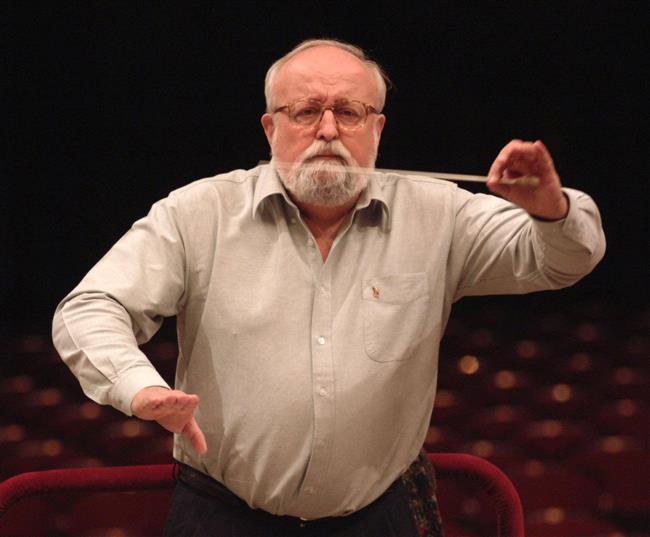 Krzysztof Penderecki conducts during a rehearsal at the National Philharmonic in Warsaw, Poland, on January 8, 2003.

Penderecki has made multiple visits to China since the end of the 1990s. Bearing great interest toward Chinese culture, especially poetry, he created Symphony No. 6, “Chinese Poems,” a work inspired by Chinese literature with German translation of eight poems from China’s Tang (AD 618-907) and Song (AD 960-1279) dynasties.

In Symphony No. 6, Penderecki bravely merged Chinese traditional musical instruments, like erhu, into the Western symphony pattern. It was premiered in Guangzhou, Guangdong Province, in 2017. The Polish has expressed affection for Chinese folk music before, describing it as “joyful and positive.”

Shanghai audiences were initially blessed with the opportunity to meet Penderecki at a concert on April 24. He was scheduled to lead the Shanghai Symphony Orchestra in presenting “Threnody to the Victims of Hiroshima” and Shostakovich’s Symphony No. 13, “Babi Yar.” The concert was canceled due to the novel coronavirus pandemic, and now there is no chance to stage it again.

Penderecki had cooperated with Shanghai Symphony Orchestra several times since 2009. Orchestra viola player Liu Jiayu worked with him in 2009 and 2014.

“His works are avant-garde, but friendly to the ear. His music has neat and rigorous structure, and you can feel the emotion inside,” said Liu. “He is a talented and greatly respected veteran composer.”

Liu said Penderecki was kind and friendly in person.

“His works are not easy to pick up like the classic ones, but need practice. In rehearsals, he rarely took a rest, but communicated and listened to us playing. When I encountered difficult parts, he would give encouragement,” she added.