Around 580,000 people in 36 countries and regions took part in interactive “cloud concerts” this month to pay tribute to the endeavors and dedication of medical workers worldwide.

Chinese poet Li Yi wrote the lyrics and Zhu Wen the music for “A Song of the Braves in White,” which was sung by soprano Song Qian from Shanghai Opera House.

Li said that the song had been widely praised since its debut on local radio on March 10.

“Many foreign people sang along with us to convey their respect and best wishes for the medical staff,” he added.

People from countries that included Japan, Malaysia, Italy and Germany also sent videos, singing the song in Chinese and expressing their confidence in fighting coronavirus pandemic together.

People in Germany sing "A Song of the Braves in White" in Chinese. 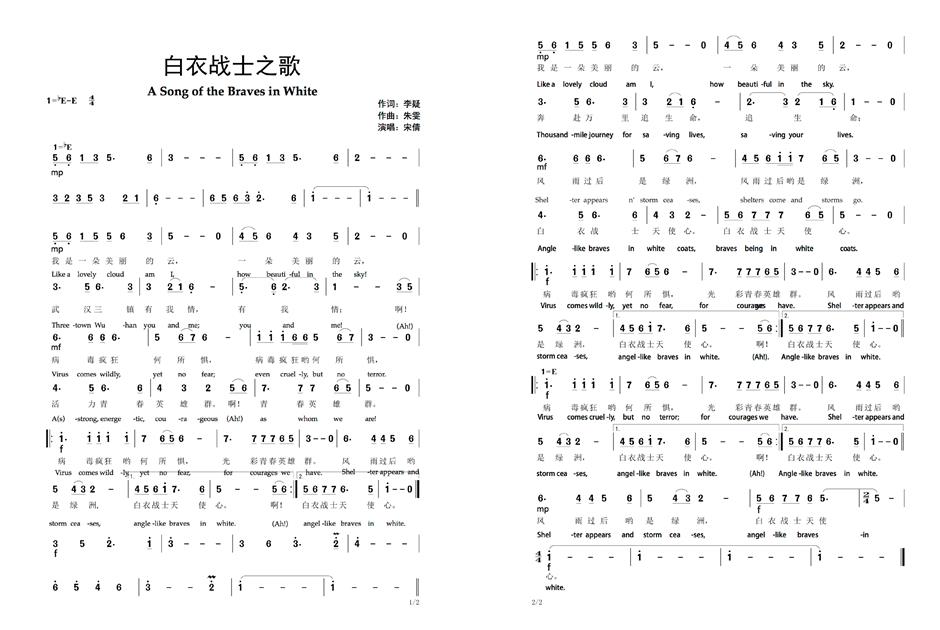