Living Cultural Heritage
Edited by Zhong Youyang. Super-sized Xuan paper takes dozens of workers to make. Measuring in 3.3 meters by 11 meters, one sheet can cost as much as 11,000 yuan. --

Some people around the world may know that paper is one of the Four Great Inventions of ancient Chinese civilization, with other three being the compass, gunpowder and printing.

But few would know that more than 1,500 years ago, ancient Chinese craftsmen invented a new type of paper, which later became an essential item for traditional Chinese study and an icon of Chinese culture.

It’s call Xuan paper, or rice paper, known among Chinese literati as the “King of All Paper.”

In 2009, the traditional craft of making Xuan paper was inscribed on UNESCO’s Representative List of the Intangible Cultural Heritage of Humanity.

Ancient Chinese first carved their ideographs into turtle shells and animal bones. Later, they used bamboo tablets and silk as the media for writing. But the former was too bulky and the later too expensive. Neither was ideal for mass-production and easy distribution.

According to archaeological discoveries, people living in the Western Han Dynasty (206 BC-AD 25) began producing a primitive form of paper which was made from hemp. But it was very coarse and uneven and few written words were ever found recorded on such material. 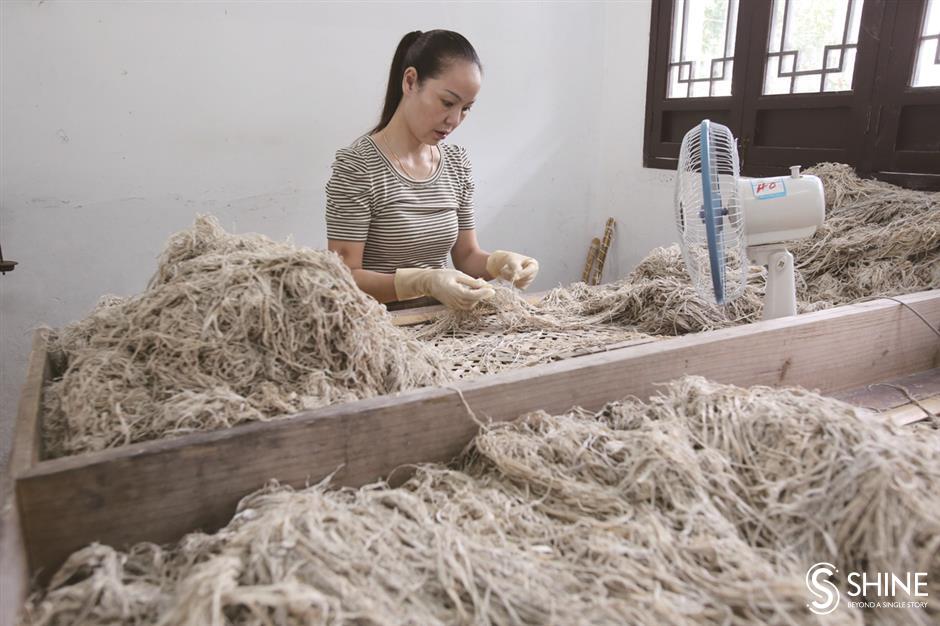 A woman singles out usable bark peeled off the winceltis trees in Jingxian County, Anhui Province. The traditional process of making Xuan paper is extremely demanding and involves more than 100 steps, from collecting, soaking, washing, fermenting, bleaching and pulping the raw materials to screening, sunning and cutting in the final stages.

Later, Cai Lun (circa AD 61-121), a eunuch in the imperial court of the Eastern Han Dynasty (AD 25-220) as Marquis of Longting, studied the experiences of earlier papermakers and improved the technology.

In the process, a diluted mix of fibers in water was drained through a screen and then dried into a thin matted sheet.

Eventually, Cai succeeded in producing a new form of paper that was light, thin, strong and inexpensive. It was later called “Marquis Cai’s paper.”

By the early Tang Dynasty (AD 618-907), Chinese craftsmen had already developed a great variety of paper for different purposes. One was called Xuan, which was used mainly for writing and painting.

Xuan paper was first made from the straw of rice and bark bark from the blue sandalwood tree in ancient Xuan Prefecture, now known as Jingxian County in Anhui Province.

Jingxian is a mountainous area known for its crystal-clear streams and blue sandalwood trees — the two key ingredients for Xuan paper.

Xuan paper is often called rice paper in the West, because it does contain a certain amount of rice straw.

But good-quality Xuan paper usually contains up to 85 percent of blue sandalwood bark and only a small proportion of rice straw.

The traditional process of making Xuan paper is extremely demanding and involves more than 100 steps, from collecting, soaking, washing, fermenting, bleaching and pulping the raw materials to screening, sunning and cutting in the final stages.

The whole process can take as long as two years to complete, and the skills have been passed down for generations from master to apprentice.

After the raw materials are prepared, the craftsmen make a slurry by mixing the stream water with the fibers. Then a sheet of paper is collected on a fine screen.

This step of draining fibers through a screen can be done by one or two workers for normal size paper. But to make a super-size sheet of paper, such as 3 x 11 meters, it calls for two to three dozen workers to toil in close coordination.

The following steps are to lift the sheet of paper off the screen and place it on a stack of wet papers, which will then be dried, trimmed and packed. 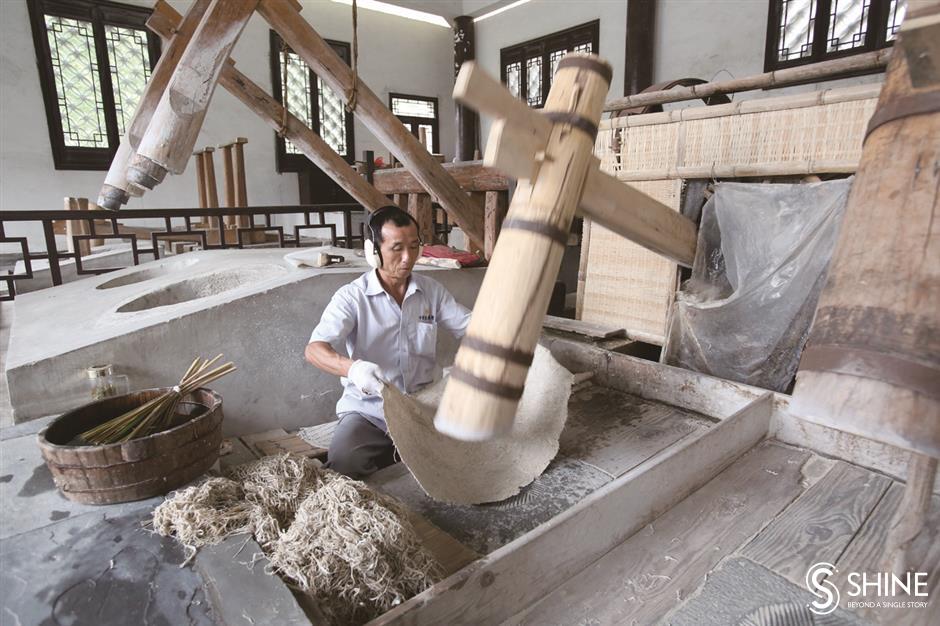 A man manipulates a machine to turn the selected bark strips into sheets.

Xuan paper is white, soft, fine-textured, moth resistant and has a high tensile strength. It is also reputed to be able to last for more than 1,000 years and still keep the freshness of the ink and color on it, hence the nickname “Paper of Ages.”

In addition, Xuan paper is highly water absorbent, making it a perfect medium for conveying artistic effect in both Chinese calligraphy and ink wash painting.

Guo Moruo (1892-1978), a famous writer, poet and calligrapher, once said that Xuan paper is an artistic creation of the Chinese people, without which, Chinese calligraphy and painting would have lost the ability of expressing the charm of the art.

Because of its lasting popularity among Chinese scholars and artists and also due to its remarkable longevity, the majority of extant ancient Chinese books, calligraphy and paintings have been preserved on Xuan paper.

Regardless of its numerous names and varieties, Xuan paper can be chiefly classified into two categories according to its absorbency: sized paper and unsized paper.

Sized paper, which has gelatin and alum added to it, is less absorbent while unsized paper, with no glue and alum, is porous and more absorbent.

Aging may also affect the absorbency of Xuan paper. The longer the paper is stored, the less absorbent it will be. Such air-sized paper is deemed as the top grade of all unsized paper. That’s why many Chinese painters tend to store Xuan paper for decades to achieve this change and they call it quhuo or getting rid of the “rashness” of the paper.

Usually, the sizing of Xuan paper will decide its applications in traditional Chinese ink wash painting.

For instance, sized Xuan paper is good for landscape and super realistic painting with fine brush and heavy color, while unsized paper is more often used for freehand style painting of birds and flowers, as its porous texture allows ink to freely spread and sink into its microfibers.

Today, in Jingxian County, there are many Xuan paper factories and workshops, where the paper is still made by master craftsmen using traditional techniques.

And because of its long history and the essential role it has played in the culture of Chinese painting and calligraphy, Xuan paper was inscribed on the first list of China’s national intangible cultural heritages in 2006. 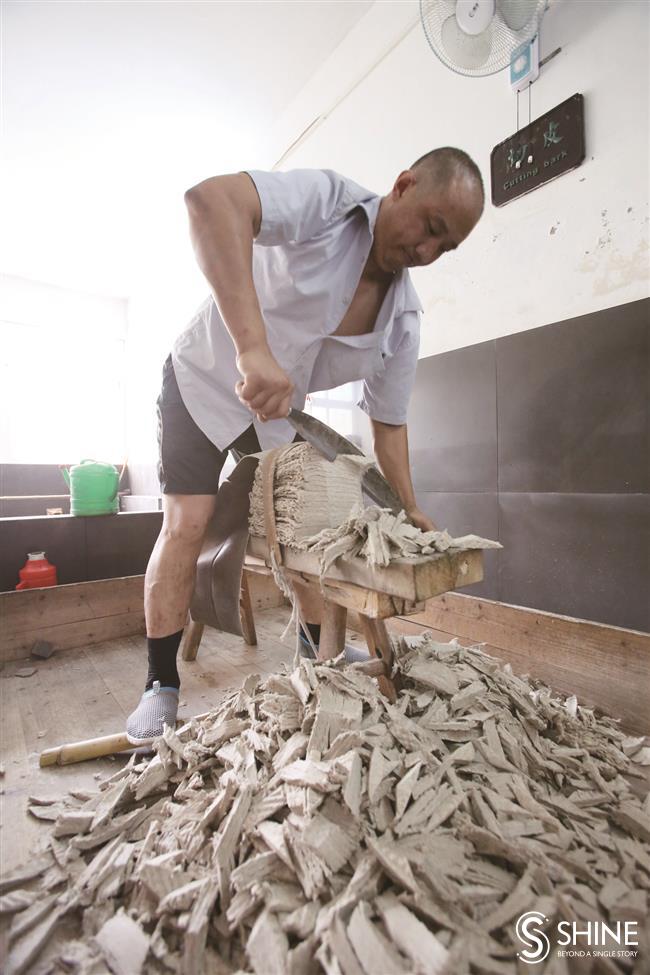 The sheets are then cut into pieces. 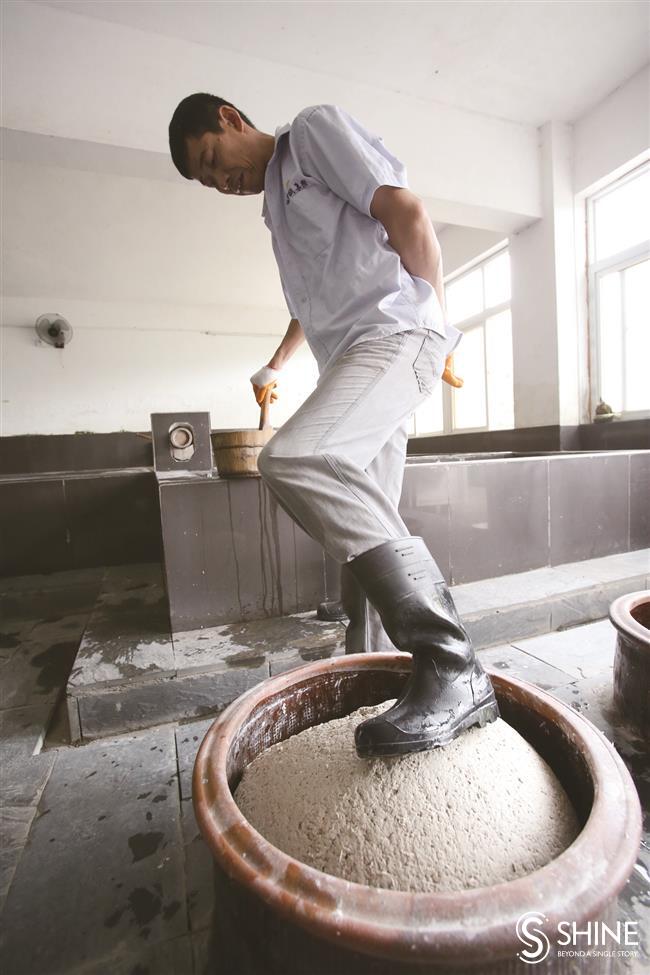 The pieces are later trodden. 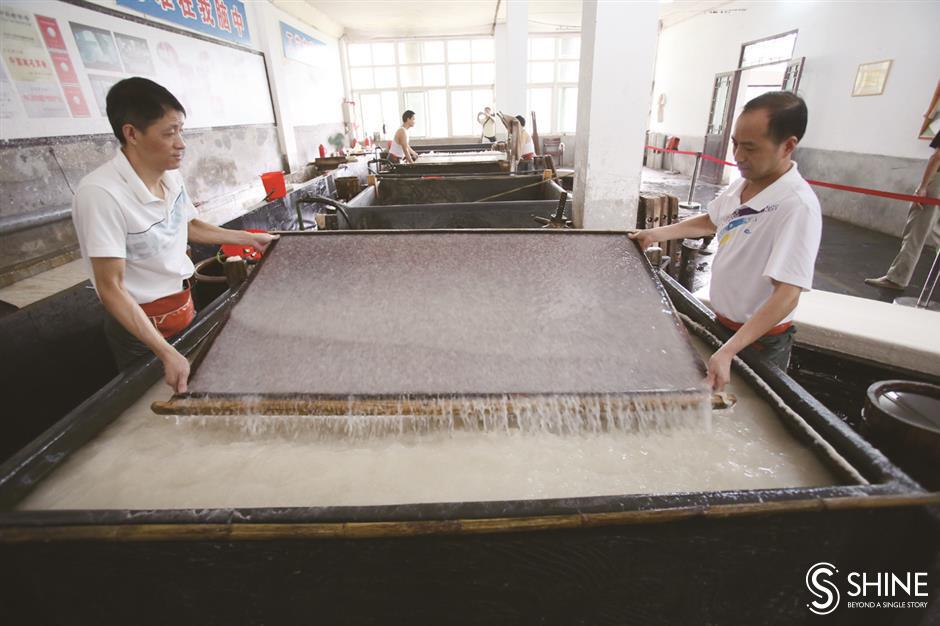 The trodden bulk is then washed. 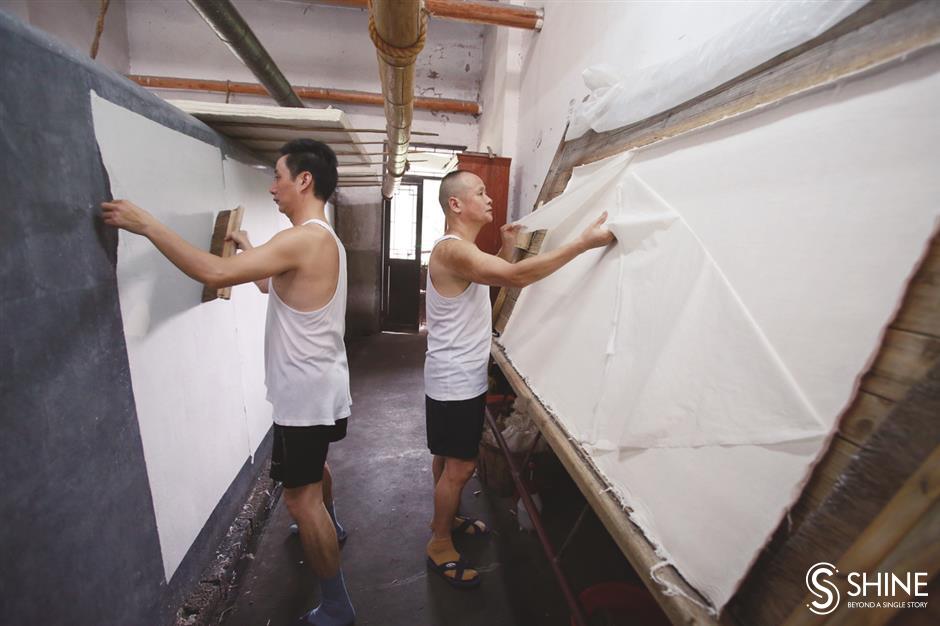 The washed pieces are dried and finally turned into Xuan paper, a national intangible cultural heritage.