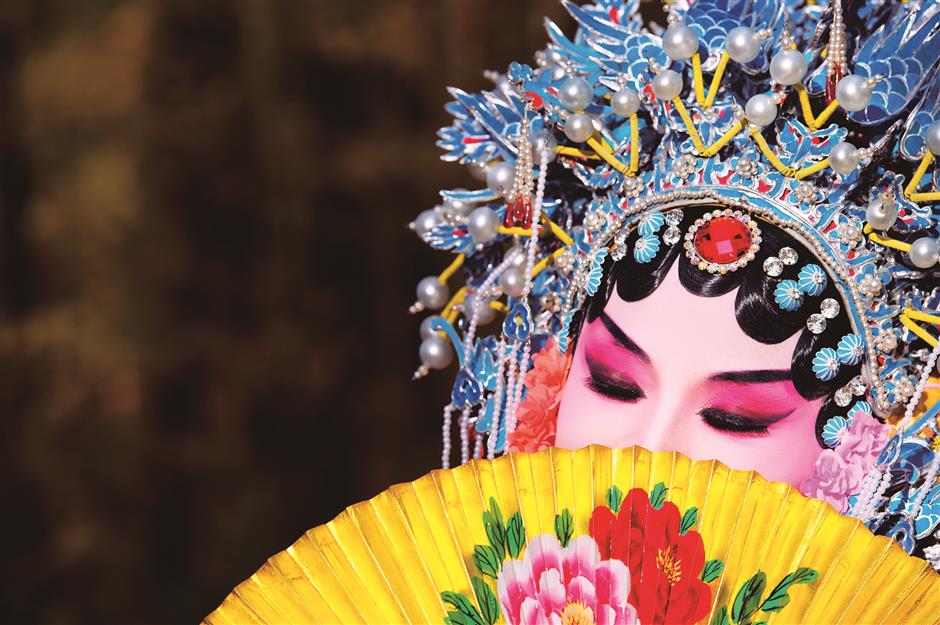 Peking Opera has been revered as the opera of China and an icon of traditional Chinese culture.

In September 1790, local opera troupes from all over China were invited to come and perform in Beijing, the capital of the Qing Dynasty (1644-1911), to celebrate the 80th birthday of Emperor Qianlong (1711-99).

In ancient times, Chinese people used to mark their birthdays according to their nominal ages, so did Emperor Qianlong.

Among those who came to Beijing were the “Great Four Anhui Troupes.”

Originating in east China, their performance had incorporated features, singing and performing techniques, melodies and even plays from several other forms of opera, such as Han Opera in central China’s Hubei Province, Qinqiang from Shaanxi Province in the northwest and also Kunqu Opera, which was one of the oldest theatrical forms in the world and had then been in ascendency in the country for more than 200 years.

Thanks to their fresh styles in singing, acting and music, the performances of the “Great Four Anhui Troupes” instantly captivated audiences in the capital, including Emperor Qianlong. So, they were asked to stay and perform in Beijing for some more time.

Later, the Anhui-style opera became so popular that it began to replace Kunqu Opera as the preeminent opera form in the capital.

Under the influence of Emperor Qianlong and later encouraged by Empress Dowager Cixi, Peking Opera underwent a number of changes, introducing features from other operas and creating many unique characteristics in singing, gesturing, martial arts, costumes and facial makeups.

Soon, it became very popular not only in the Qing imperial court, but also among common people across the country.

Ever since it has been revered as the opera of China and an icon of traditional Chinese culture.

At first, Peking Opera was performed on outdoor stages including the grandiose stages built in the Forbidden City in Beijing.

Later, playhouses were built in the capital and other cities for performing Peking Opera, but they also served as teahouses.

In such playhouses, spectators watched the performance while drinking tea, eating snacks and chatting loudly.

And they would also shout bravos from time to time for brilliant arias and dazzling acrobatic stunts.

However, the noisy environment and audiences’ brusque cheers would not affect or interrupt the performance on the stage as Peking Opera is known for its deafening music and piercing-pitch singing style.

While stage settings and props are kept to a minimum, the opera performers usually wear lavish and flamboyant costumes.

There are at least 20 major types of costumes in Peking Opera, including mangpao or python robe, which features brilliant colors and elaborate embroidery and is designed for characters like emperors, nobles or high-ranking officials.

Other characters wear a type of gown called zhezi, which could be subdivided into a dozen or so types for male or female characters and for civil and military personnel.

All these robes and gowns have long, cascading sleeves, called shuixiu, or “water sleeves.” Though having little practical use, the water sleeves can help accentuate characters’ movement and demonstrate their emotions.

There are also nearly 100 types of headgear. They include crowns for emperors or nobles; black gauze hats for officials; helmets for generals and military officers; and scarves for various other characters.

A general in the opera often wears a headpiece decorated with pheasant plumes, which could be 2 meters long.

Like in many other Chinese operas, there are four character types in Peking Opera, namely, sheng, dan, jing and chou. 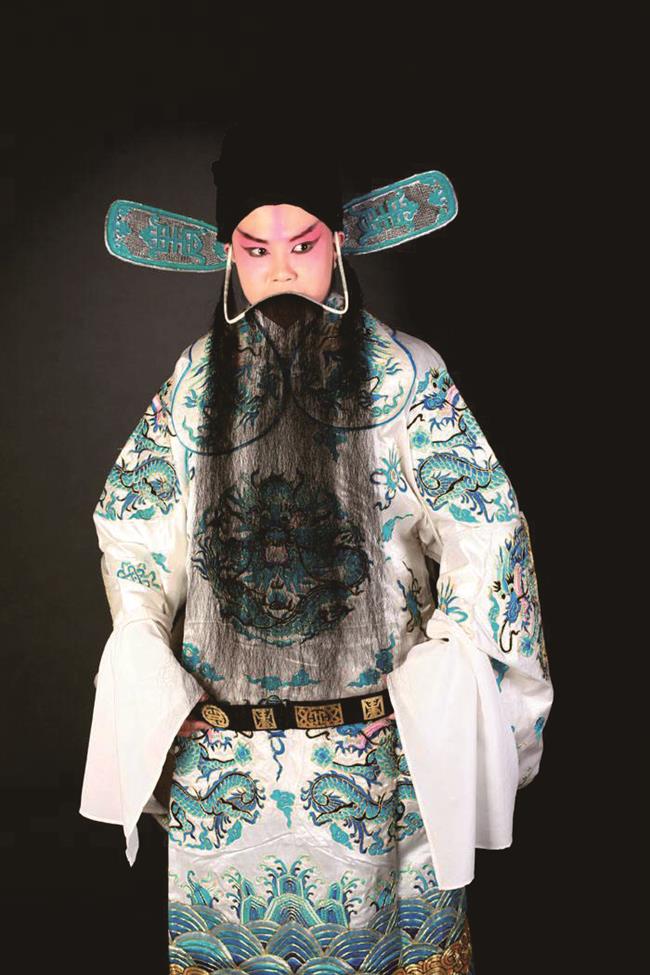 Sheng refers to male roles, including laosheng, a middle-aged or old man; xiaosheng, a young man; and wusheng, an acrobat who performs the most exciting stunning movements in the opera. 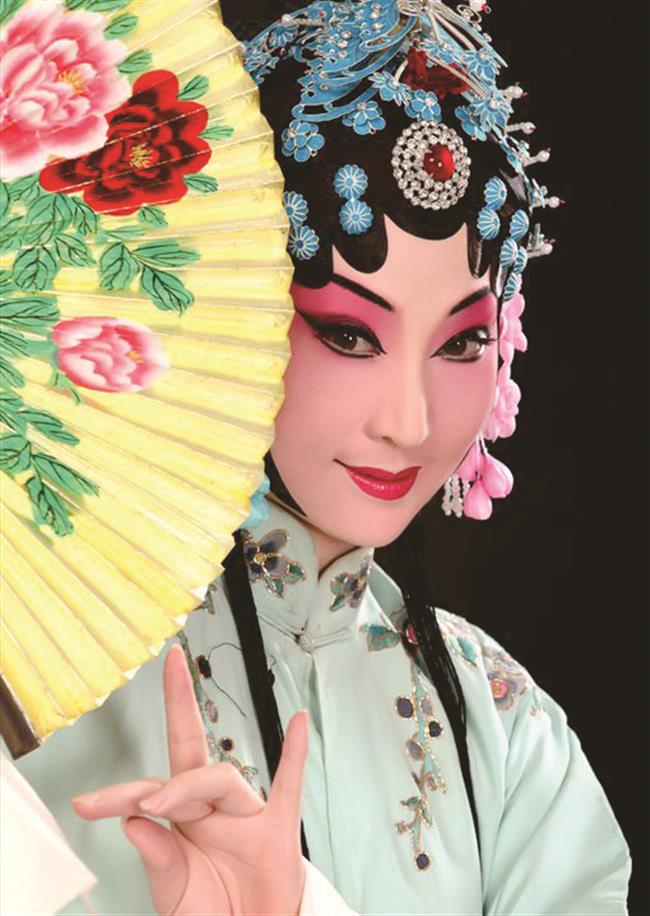 Dan refers to female roles. They include laodan or old woman role; huadan, a role for spirited maiden or young woman; wudan or female acrobat; qingyi for young or middle-aged noblewoman; and daomadan for military heroine. 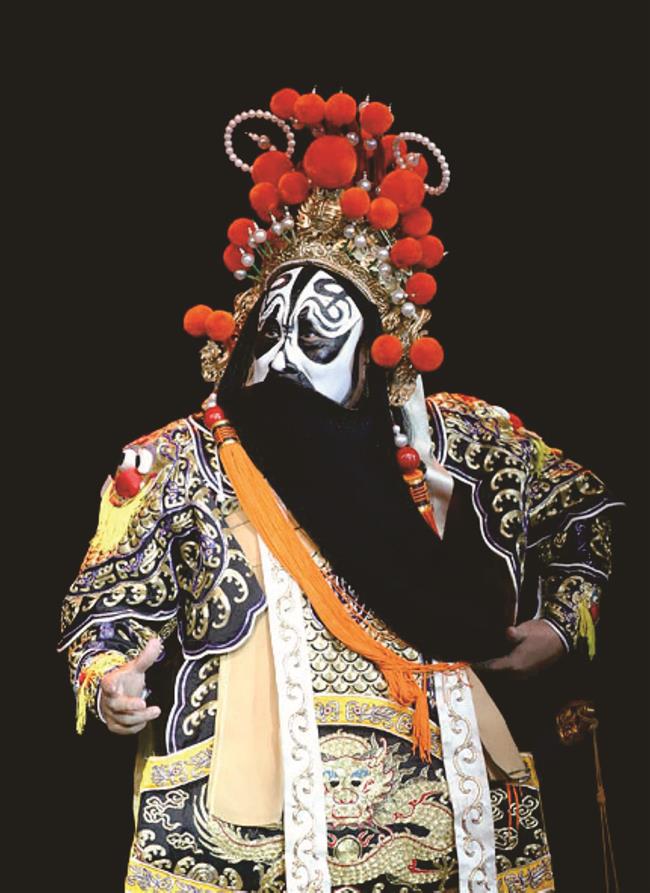 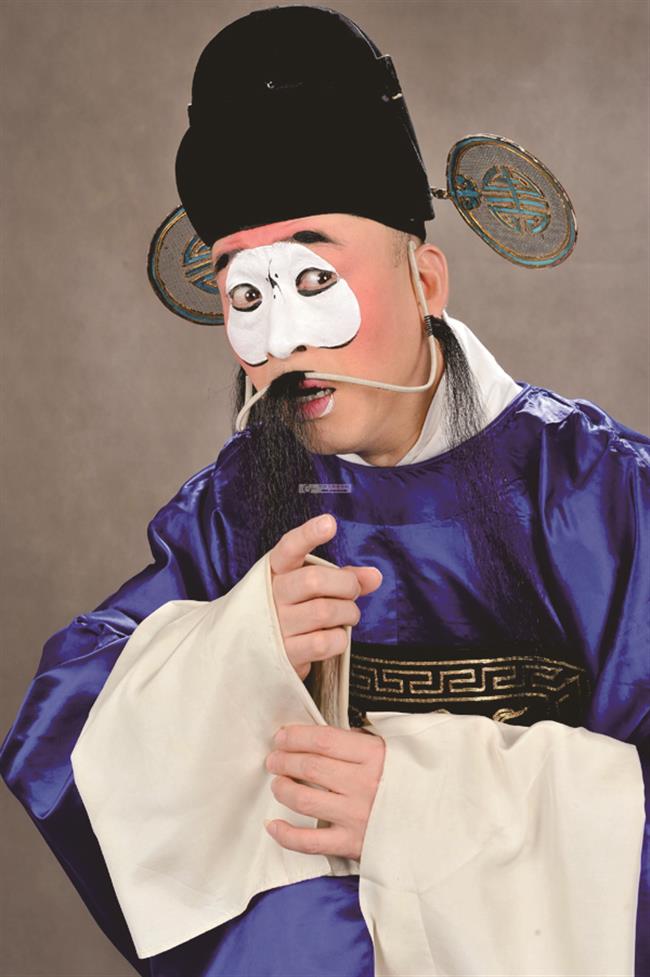 Chou refers to clown roles. The male clowns are always characterized by a patch of white makeup around their noses and eyes. But the female clowns instead have a reddened face and black eyebrows.

In fact, in the early years of Peking Opera, all roles were played by men. Emperor Qianlong had even banned all female performers in the capital. It was not until one century after the emperor’s death that women began to officially perform Peking Opera on stage. Later, female performers could also impersonate male roles in the opera.

Purple is used for justice and sophistication.

Yellow and white are derogatory colors, often used for characters who are cruel, evil, sly or hypocritical.

Blue and green are used for neutral characters, with green representing a character who is courageous or impulsive while blue for someone who’s stubborn or a bit violent.

Black indicates that the character is impartial and honest.

Golden and sliver colors are used for gods and ghosts. 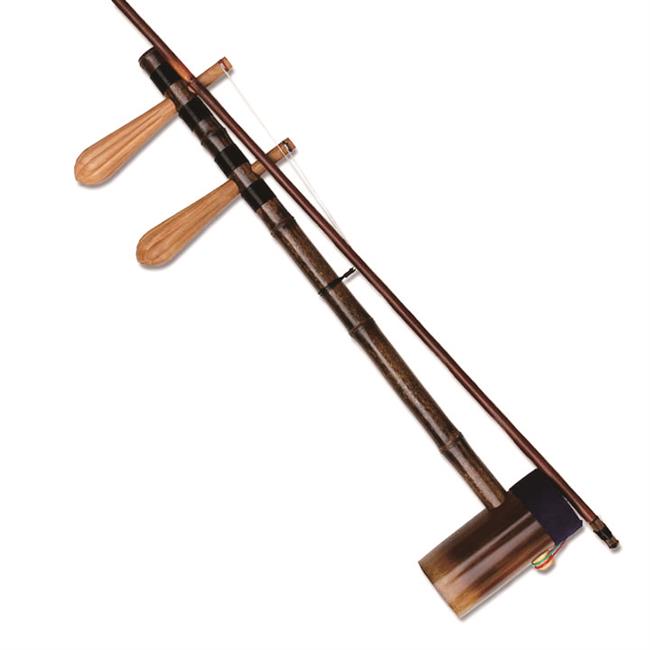 Jinghu, a high-pitched bowed string instrument, is the signature instrument in Peking Opera.

Music certainly plays an essential role in Peking Opera. It not only creates a special atmospheric effect, but also guides the progress of a play as well as actors’ singing and acting.

Jinghu, a high-pitched bowed string instrument, is the signature musical device of Peking Opera, which often doubles a performer’s voice in singing.

The acrobatic action in performance is often accompanied by percussion instruments like bangu, a singled-headed frame drum and daluo, a big gong. 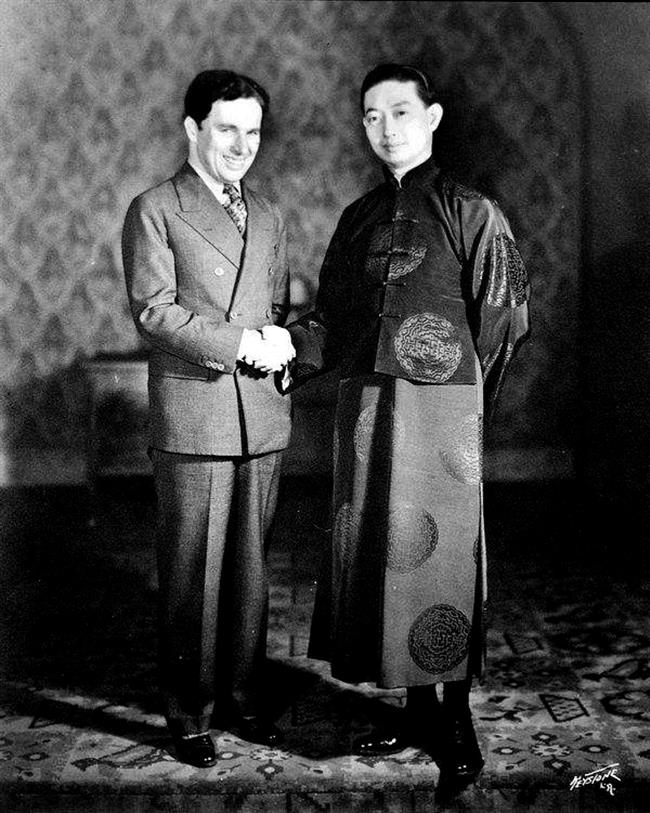 Charlie Chaplin and Mei Lanfang, a master of Peking Opera, met during Mei’s tour in Los Angeles in early 1930.

A great number of outstanding performing artists have contributed to the development of the opera in its 200 years of history.

In the first half of the 20th century, Mei Lanfang (1894-1961) was indisputably the master of Peking Opera.

Famous for his dan, or female roles, Mei made his stage debut at the age of 10. He was also the first Chinese artist to perform Peking Opera in other countries, including Japan, the United States, Russia and European countries.

Charlie Chaplin was once described as a “knowledgeable fan” of Peking Opera and Mei. Afterwards the two great artists made acquaintance with each other during Mei’s tour in Los Angeles in early 1930.

In 2010, UNESCO inscribed Peking Opera on the Representative List of the Intangible Cultural Heritage of Humanity.