Zhang Daqian, painter who journeyed between East and West

Aachensee Lake (1968), a large-scale splashed-color landscape by Zhang sold for 100.8 million yuan in 2010 at an auction in Beijing

A documentary exhibition which recently opened at Zhejiang University in Hangzhou reveals little-known facts about Chinese painter Zhang Daqian, his family, his friendships, his homes around the world and his love affairs.

A prolific artist who produced nearly 500 paintings a year, Zhang was a contemporary and friend of such great artists as Pablo Picasso, who led and influenced some of the most important art movements in the West in the 20th century.

But few in China are aware that the two met in 1956 when Zhang was invited to exhibit in France, an event which was then publicized as a meeting between the art worlds of the East and West.

In 2011, Zhang surpassed Picasso to become the most expensive artist in the world by generating US$506.7 million from auctions that year. And since 2010, his works have fetched prices of more than 100 million yuan (US$15.3 million) five times in auctions in Beijing and Hong Kong.

He led a comparatively low-profile personal life although he was quite gregarious and was almost always surrounded by friends, family, students and admirers. But research on Zhang’s life and works has been far more vigorous in Taiwan — where he lived until his death — and abroad than at his hometown.

The exhibition shows for the first time on the Chinese mainland over 200 publications on Zhang since the 1920s from around the world, around 50 photos of Zhang showing his different life stages and his social circle, and also 31 original copies of letters between Zhang and his family and friends.

“I think our exhibition makes some contribution in getting more people to know Zhang Daqian,” Yu Yatong from Zhejiang University Press, organizer of the exhibition, told Shanghai Daily. 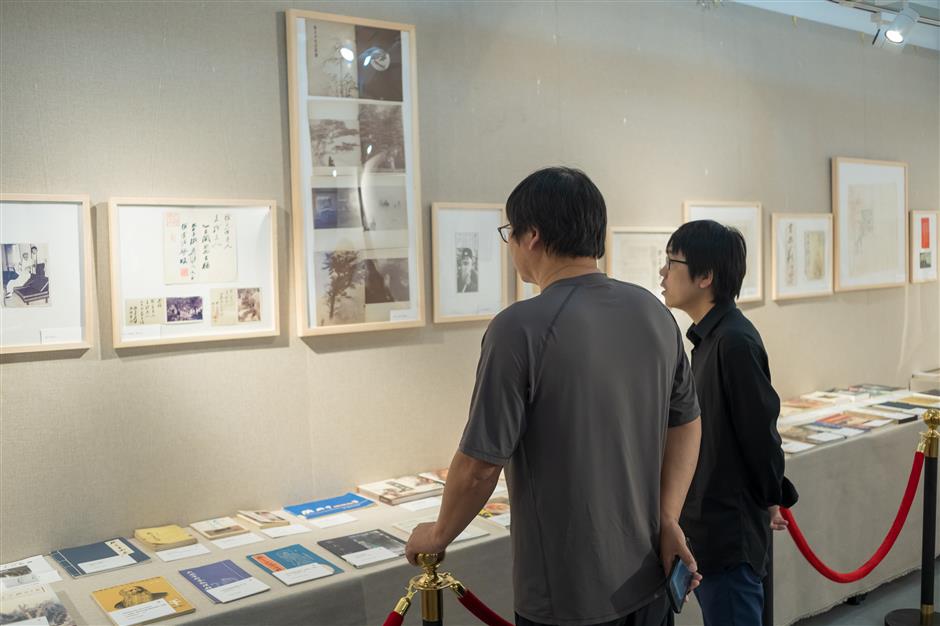 Born in 1899 and one of the 11 siblings in an artistic family in Sichuan Province, Zhang started to learn traditional Chinese painting when he was 9, and went to study dyeing and painting in Japan together with his elder brother Zhang Shanzi in 1917 at the age of 18.

Zhang’s art life has been marked by substantial travels in China and abroad. During his lifetime, he exhibited in India, Japan, France, Singapore, the United States, Thailand, the United Kingdom and Brazil.

And he was keen on building traditional Chinese gardens in his homes around the world — from the “Garden of Eight Virtues” (八德园) in Sao Paulo, where he lived for over 10 years, to “Capable-to-live Residence” (可以居) and “Bamboo-fenced Hut” (环筚庵) in Carmel in the US and his last home in Taipei, “Maya’s Refined Hut” (摩耶精舍 — referring to Buddha’s mother — where he stayed until his death in 1983).

Zhang was a passionate follower of Chinese landscapes. Before leaving his home country, he had already visited many famous mountains and rivers,including Huangshan in Anhui Province, Taishan in Shandong Province, the Yandang Mountains in Zhejiang Province and Mount Emei in Sichuan Province.

However his stay in Dunhuang, a scenic major Silk Road crossroads in northwestern Gansu Province, from 1941 to 1943 was pivotal to his art career. He stayed there to copy the murals of the Mogao Caves dating from the 4th to the 14th centuries.

Before that, he was mainly known as an excellent forger whose copies of ancient Chinese paintings even deceived such a renowned painter and expert as Huang Binhong.

“Zhang Daqian was the first Chinese to study and research the murals at the Mogao Caves in a systematic manner,” said Lin Mu, an expert on Zhang.

“Previously what he did could be summarized as ‘literati’ painting. But the Mogao Caves opened his eyes to court paintings and religious paintings, which paved way for his unique splashed-ink and splashed-color landscapes later on." 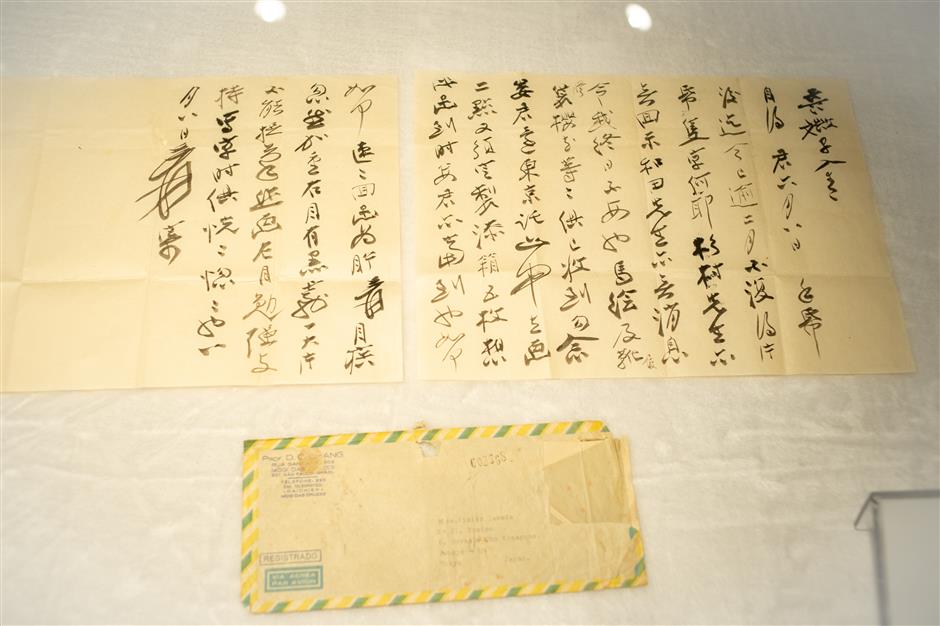 Literati paintings, or wenren hua, were formulated and developed by scholar-officials, and put more emphasis on personal tastes than an immediate representation of beauty or reality. And the style was most valued in the hierarchy of Chinese ink-wash painting while professional painters in ancient China were looked down upon as merely craftsmen.

Zhang broke up that rule and led the transformation of traditional Chinese painters into professionalism.

“He used to say that a painter has to be able to paint in large sizes, paint on complicated subjects and paint professionally,” added Lin.

Among his numerous works, the splashed-colored landscape paintings are probably the most sought-after and the most expensive.

The splashed-color, or pocai, is a painting style created by Zhang borrowing techniques from Chinese splashed-ink painting, which uses the ink more expressively on paper rather than drawing in details with an ink brush. These works are usually in very large sizes.

“Zhang said himself that he developed pocai out of China’s own tradition. But I think he could not be unaffected by modern paintings in the West, staying there so long," said Lin.

"It is maybe more fair to say that he was inspired by the way Western artists such as Jackson Pollock painted and created his own style." 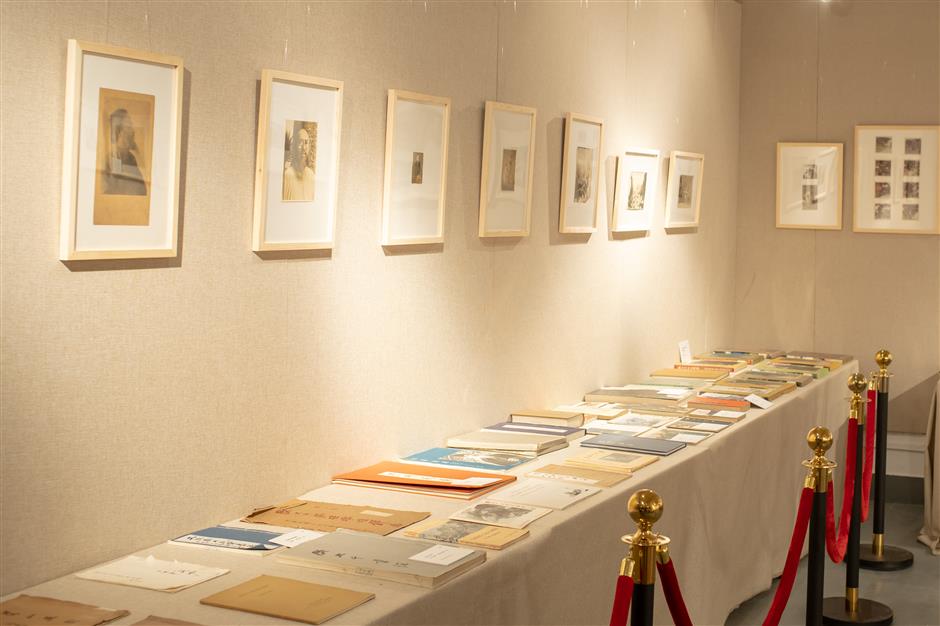 The exhibition reveals little known facts about the famous painter.

The exhibition also features a series of letters between the married Zhang and his Japanese lover Kimiko Yamada. While letters from Zhang to Yamada have been sold several times at auction, it is the first time that a letter from Yamada to Zhang has been shown in public.

They first met in 1954 when Yamada was 22 and Zhang was already an established artist. And they kept a weekly correspondence for over 10 years and saw each other occasionally.

In one of 14 letters written to Yamada in the exhibition, Zhang expressed his fervent longing to see her in person: “Have you cut your hair? I saw you combing your hair even in my dreams. How I love your long hair!”

A portrait of Zhang Daqian 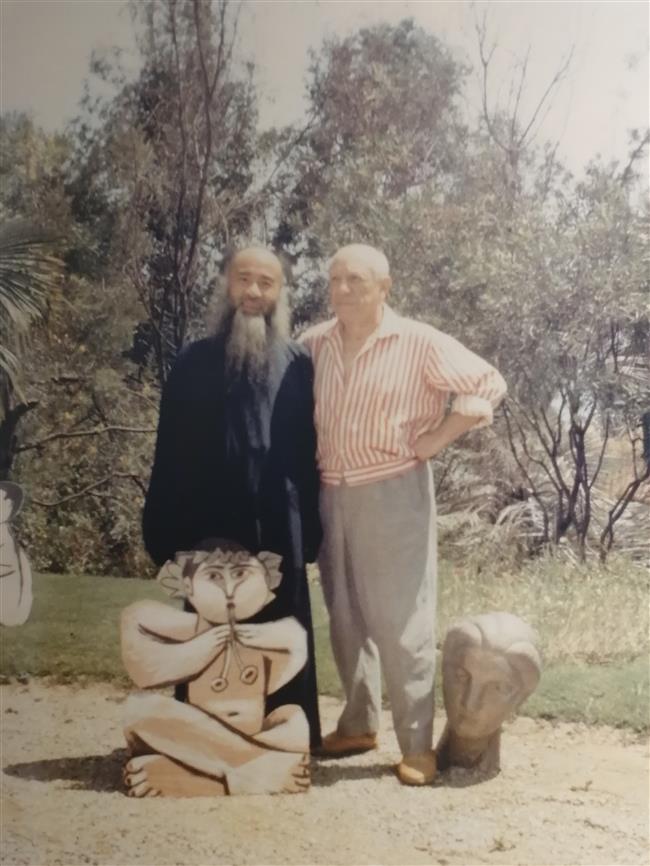 Zhang Daqian and Pablo Picasso in the Picasso’s garden in Nice, France, in 1956. 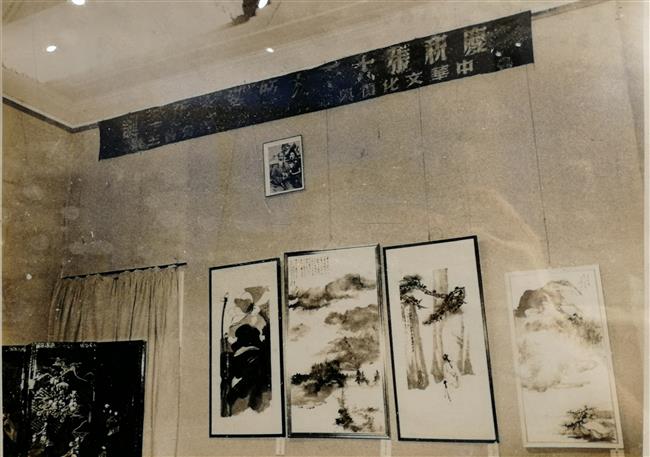 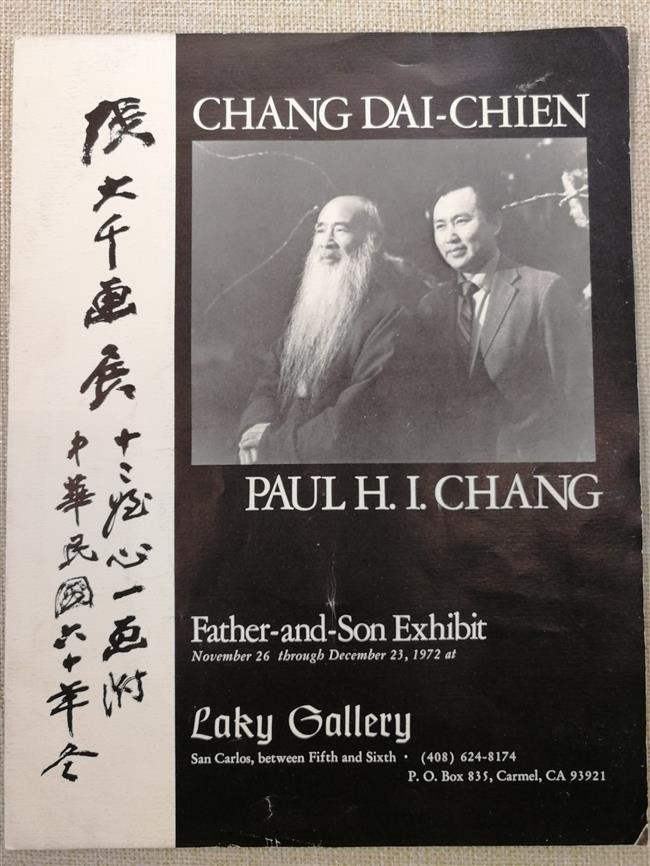 A leaflet for Zhang and his son’s exhibition in Carmel, US, 1972.