In the mid 20th century, when the Internet was still a distant memory, the camera was a powerful tool in telling stories, reporting events and presenting novel ways of life.

A current exhibition at the Shanghai Center of Photography transports us back to that pivotal period of time when photo essays were in their prime, cementing mainstream social and political narratives — thanks to worldwide-distributed magazines such as Life and National Geographic. 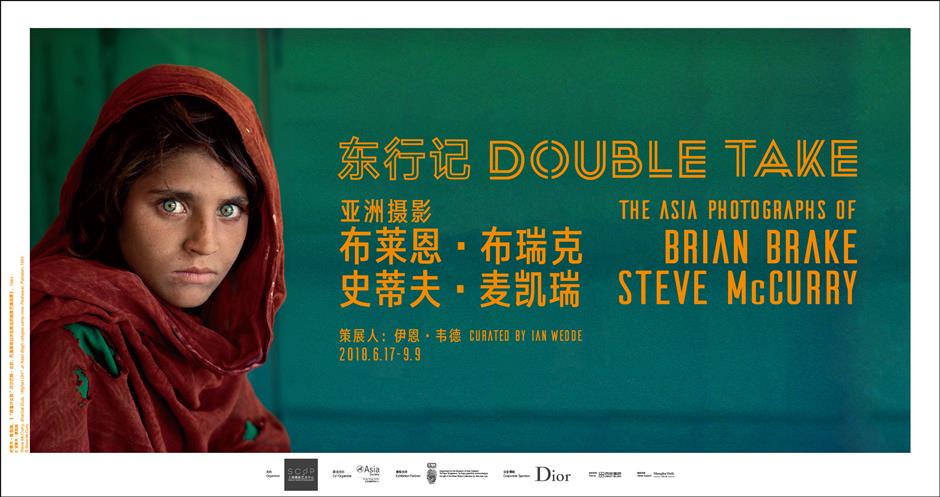 “The issue of showing the works of photographers who were photographing in Asia for an Asian audience... interested me most,” Auckland-based curator Ian Wedde told Shanghai Daily. “It provides a critical opportunity for an audience to look back, engage and critique.”

The exhibition starts with the Indian monsoon series that were featured by both photographers, although 20 years apart. Brake’s work was published in Life magazine in 1961, which McCurry saw when he was 11 in the US, and “had a huge impact on him,” Wedde said. 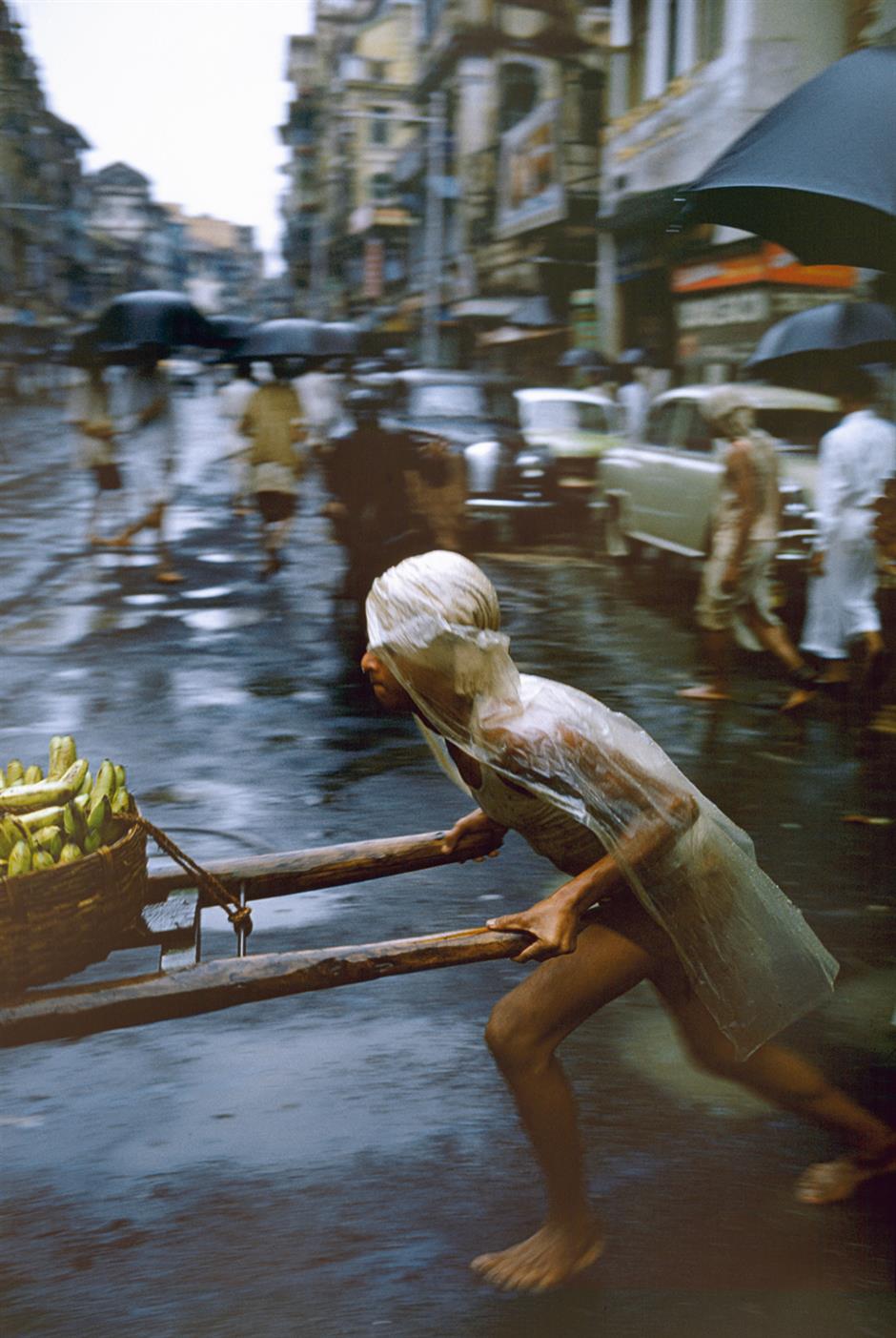 When Brake went to photograph India in 1960, he showed the photos to his Indian friends and colleagues, who told him they were not their monsoon, “not dark enough.” So he went back and re-photographed.

“They are not the kind of photos that magazines would normally publish. They were so unusual... not pretty, exciting, exotic... They were different,” Wedded said. “But Life did publish them, and they really changed the way people thought about something in the way photo journalism worked.

“I think that was McCurry says he reacted to.” 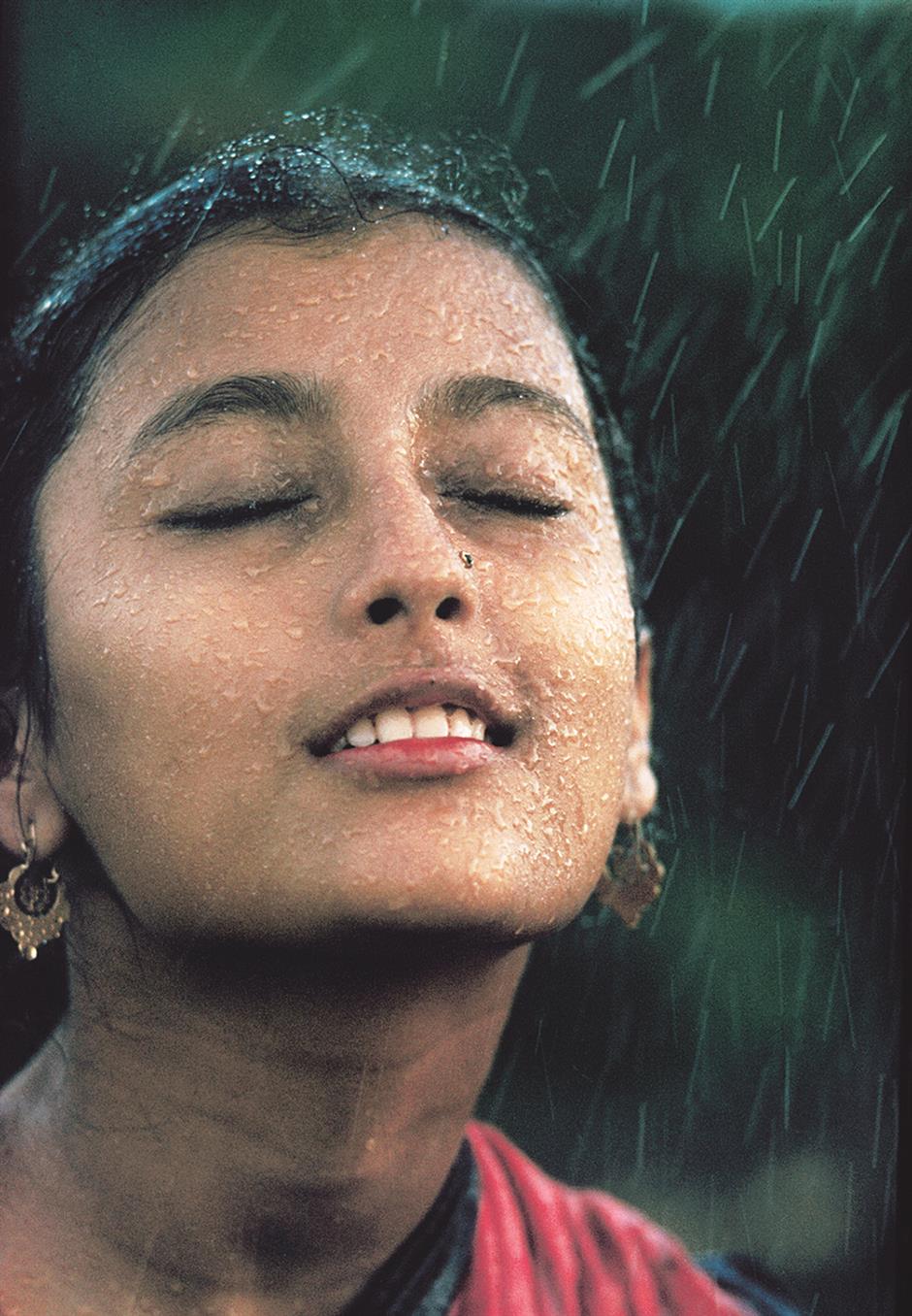 The juxtaposition of both photographers’ works presents various differences. In the works of McCurry, a frequent contributor to National Geographic, the subjects or the people (in the photos) are always framed. While Brake’s works are “like a film” — a vendor pushing his trolley of goods out of the image in monsoon or raindrops lashing on the face of an Indian girl.

McCurry’s portraits features “very much engaged” direct eyes contact, for example his signature image “Afghan girl (Sharbat Gula)” for a 1984 cover of National Geographic. While Brake tends to steer back a little bit, according to Wedde.

“What he (Brake) was interested in was the pattern,” he pointed to images of paddy fields in Sri Lanka and Hong Kong construction workers climbing scaffolds. “Human figures are just tiny.”

Apart from abstracted structure and exerted patterns, he is also fascinated by the choreography of human bodies, which is emphasized in a set of photos capturing Indian dancers.

Another highlight of the exhibition is McCurry’s award-winning feature of the war-time Afghanistan in the 1980s along with Brake’s photo essays on China in 1957 and 1959.

The New Zealand-born photographer is the only Western photo journalist present to cover the 10th anniversary of the People’s Republic of China.

Both career-defining essays give Western audience a glimpse of the “exotic Asian world” which Wedde believes could be dated back to Marco Polo’s II Milione travelogue in the 13th century. 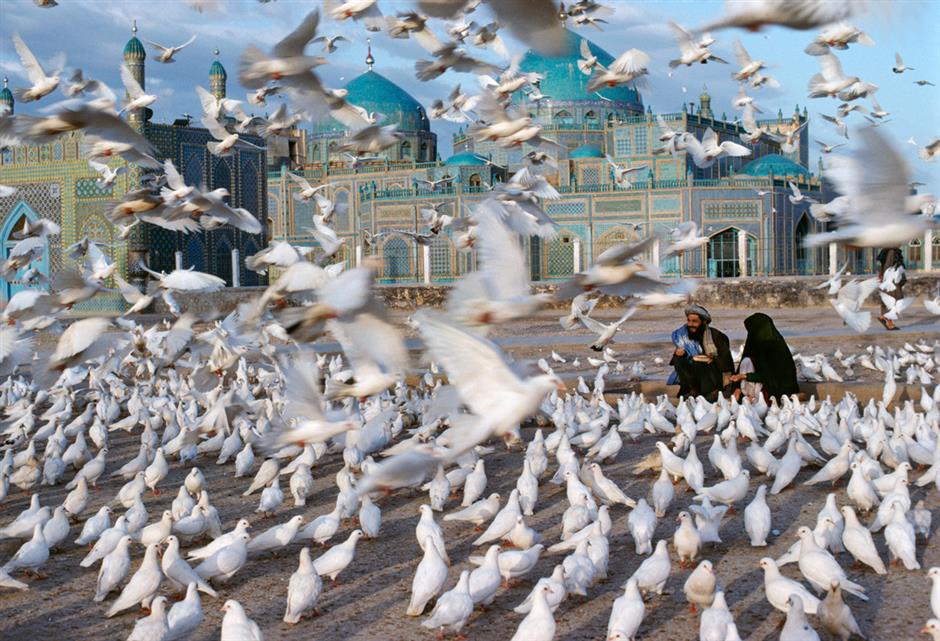 “It’s still there, in travel brochures and online advertising,” he argued. “How did both of them, and in different ways, comply with that Western view, and how did they subvert it?

“I think McCurry is the harder one to find the way around.”

Wedde refers to a McCurry photo taken in a Myanmar restaurant, featuring a boy at a wash stand under a large mural of a mermaid, alongside, a man eating with a snaked coiled nearby on the table.

“A quick look at that and you go ‘wow, that’s strange. So exotic, a weird Asian thing.’ But actually, it’s just life,” he said.

Wedde said he was glad to see people “reading the photographs,” to see the subversion of the “exotic Asian” works. He also mentioned a McCurry photo featuring a flower vendor on Dal Lake.

Behind the striking photo unravels the cruel conflicts in Kashmir.

With the advancing digital cameras and smartphones, the exhibition underscores “a piece of history,” Wedde noted, even though the photos exhibited “look like they could’ve been taken last week.”

The images record a time “when photographs had a particular agency that many do not have now,” he said. “Not that it’s gone, it’s got a different agency.”

He refers to “the process of selection and refinement and the impact of magazine and photo journalism” to transform the narratives in great social and political issues.