A moon rising from the clouds 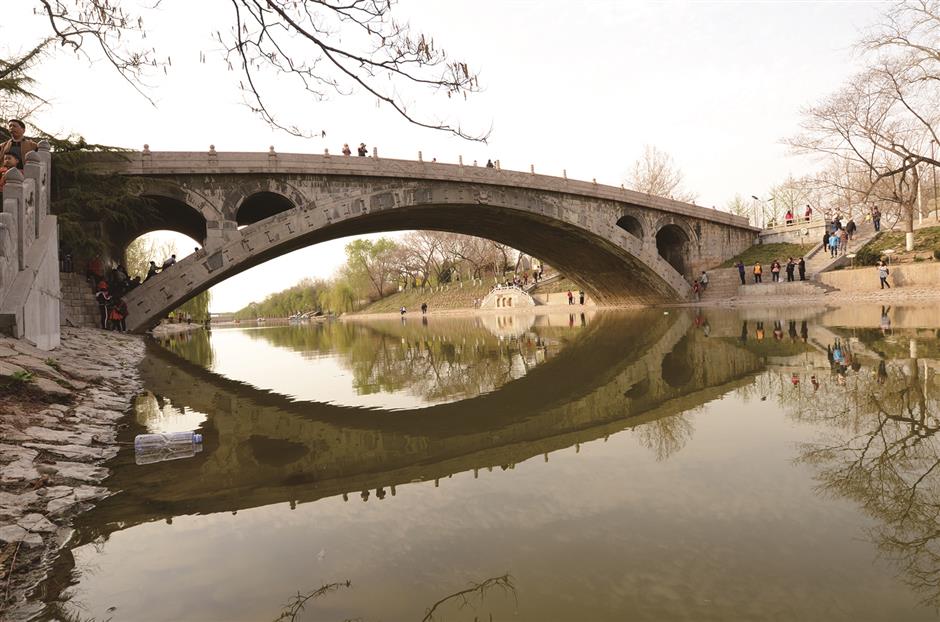 The Zhaozhou Bridge’s main arch spans more than 37 meters over the Xiaohe River in Zhaoxian County, Hebei Province. With a history of more than 1,400 years, the bridge is the oldest open-spandrel arch bridge in the world. — IC

Credited to the design of a craftsman named Li Chun, the bridge was constructed betweem AD 595 and AD 605 during the Sui Dynasty (AD 581-618), and survived at least eight wars, 10 major floods and numerous earthquakes throughout the years.

That includes the 7.6-magnitude quake in 1966, whose epicenter was only 40 kilometers away in Xingtai.

The support structure remains intact and the bridge is still in use today, except that the ornamental railings have been replaced every few hundred years.

The bridge was designated as an International Historic Civil Engineering Landmark by the American Society of Civil Engineers in 1991.

And in 1996, China nominated it for inclusion on the UN World Heritage List for its “very important place in the world bridge building history.”

South of Zhaoxian County, near the provincial capital Shijiazhuang, the Zhaozhou Bridge is made solely of stone.

Its largest arch has a span of 37.4 meters, and a length-to-span arch ratio of 1.1. That means it is more elongated than the semi-circular archs widely used in bridge design at the time.

The particular design helped save material, lightened the bridge weight and most importantly made it easier for the bridge to bear heavy loads.

The central arch is made of 28 curved, thin limestone slabs joined by iron dovetails.

The design allows the arch to adjust if there are any shifts in the supports. It also prevents the collapse of the bridge even if a part of the arch should break.

There are two smaller side arches — one on either side of its main arch.

The side arches not only help reduce the bridge’s total weight, but also reduce the pressure on the bridge’s structure in floods as they allow more water to pass easily.

The construction and design not only economized on materials but also provided aesthetic appeal.

Ancient Chinese literature refers to the Zhaozhou Bridge as a “crescent moon rising from the clouds” or a “rainbow in the sky.”

And its delicate carvings are still clearly visible.

It is said that such open-spandrel arch bridges common in China at the end of the 6th century didn’t appear in Europe until the mid-19th century.

The Zhaozhou Bridge influenced the design of later Chinese bridge structures, such as the Yongtong Bridge built in AD 765 in the county.

Probably because of such amazing design, some legends attribute the creation of the Zhaozhou Bridge to the legendary artisan Lu Ban.

It is said he was blocked by the river as he passed by Zhaozhou.

He created the bridge in just one night, not only for his own passing but also to benefit all people.

They asked Lu whether they could both cross the bridge simultaneously from two sides.

Zhang arrived on his donkey, holding the moon and the sun in his bag, while Chai came with a cart loaded with the five famous mountains. When the two reached the middle of the Zhaozhou Bridge, the bridge began shaking and looked like it was about to collapse. To protect his bridge, Lu jumped into the water and held it up with his bare hands until the two passed through.

That incident left clear hoof print of Zhang’s donkey, a rut from Chai’s cart n the bridge roadway and Lu’s fingerprints on the arch.

Another version also says that like the lines in “Child Cowherd,” a folk song, the Zhaozhou Bridge was indeed created by Lu Ban.

The sages left its boulder railings. Chai pushed his cart on the bridge to make a rut and Zhang crossed on his donkey. 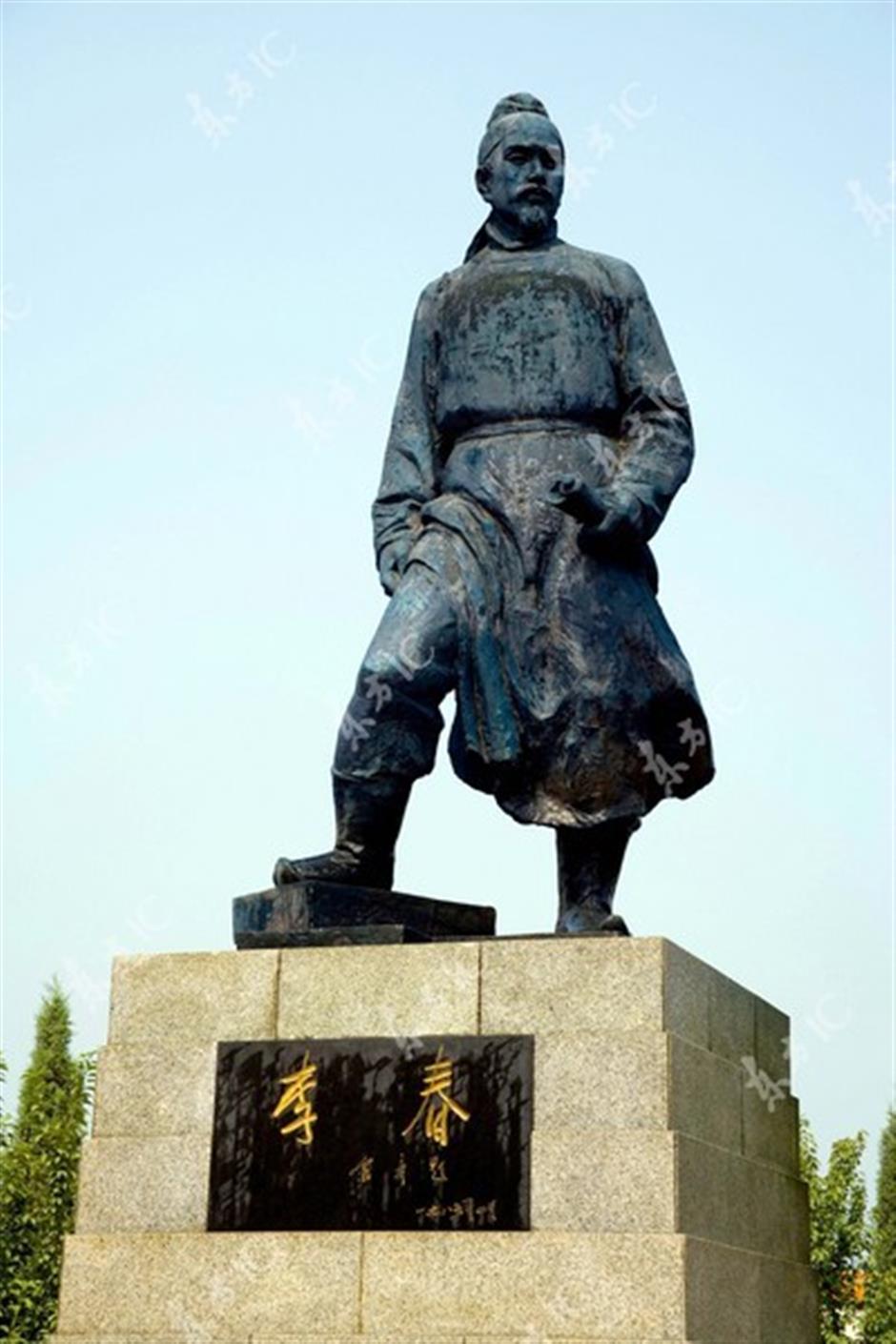 A statue of Li Chun, builder of the Zhaozhou Bridge — IC