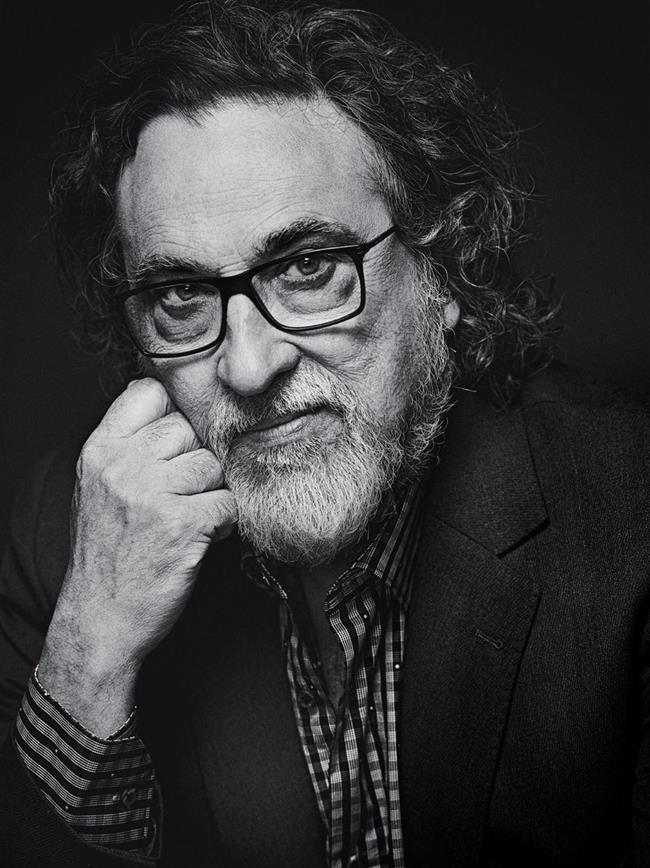 In the front ranks of Chilean cinema is Silvio Caiozzi, a passionate filmmaker with nearly 100 awards in major international film festivals under his belt.

To promote Chilean cinema, a four-day retrospective of Caiozzi’s works was held by the Chilean Consulate General in Shanghai this week.

Tucked away in a quiet corner of the library, Caiozzi shared his passion for filmmaking.

“When I make a movie, I don’t just start looking for a theme for the movie,” he said. “I have to fall in love with something.

The movie that always gets him to fall in love with filmmaking all over again is “8 1/2” by Federico Fellini. To Caiozzi, it is the bible that he refers to every time he makes a movie.

The most common theme in all his films is the abuse of power. Caiozzi describes himself to be an auteur, a term used to describe a film director with a primary creative influence on their work. It is also equivalent to an author of a novel or a play. He directs his films to be understood by everyone, but with a “seal of an author,” which means a distinctive style runs through all his works.

The director attributed his filmmaking success to, in part, luck.

“I was lucky because I realized how important filmmaking was during the best times of cinematography,” said Caiozzi. “Between the mid-1960s to early 1970s, you have great directors like Fellini or Antonioni who were developing and improving the cinema and audiovisual language. I lived through the best moments of filmmaking. Those years, that was really the best.”

Caiozzi’s first time in China was at the Beijing International Film Festival last year. His film, “And Suddenly the Dawn,” was well received at the festival, which surprised Caiozzi.

“I was astonished to find that the Chinese audience understood the film even better than the Chilean,” he said.

“With completely different cultures, I was afraid that they could not understand the Chilean and Latin American culture. But the questions asked were amazingly deep, and I was happily surprised.”

Caiozzi was also invited to be part of the jury panel for the festival last year, led by American director Robert Minkoff and other internationally acclaimed directors such as Majid Majidi and Simon West.

“Sometimes when I read something, a novel, or I hear some stories, I start imagining scenes. And that doesn’t happen to me very often. I prefer to let time go by until I can identify with something.”

“And Suddenly the Dawn” was selected as the Chilean entry for Best Foreign Language Film at this year’s Academy Awards.

Other films by Caiozzi are “The Moon in The Mirror” (1990), “Cachimba” (2004) and “Coronacion” (2000), all of which were also aired during the retrospective at Biblioteca Miguel de Cervantes.

The Chilean director never feels pressured into rushing into his next film.

“My inspiration comes all of a sudden,” he said. “That’s why I have spent five years or 10 years between one film and the next.”