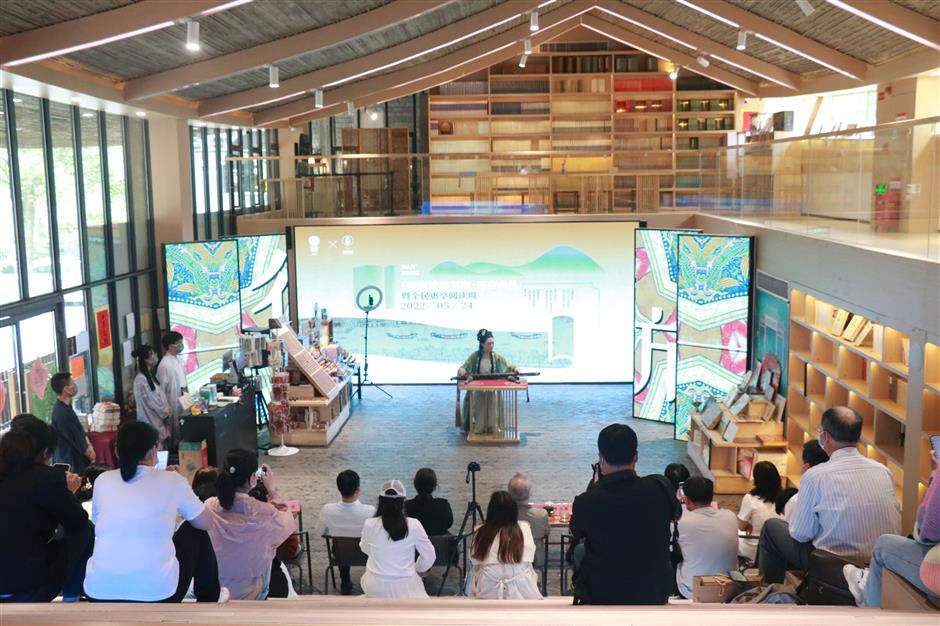 The Drum Tower is situated in the middle of the city on Southern Song Royal Street and has been well-preserved throughout dynasties. It was used in ancient times to give people the correct time. To ensure everybody could hear it, the tower was always in the center of a city.

It is a two-story stone tower, of which the ground floor is an arch over Royal Street. The second floor embraced a stage that played as washegoulan (瓦舍勾栏), a place providing entertainment performances.

Dating back to the Song Dynasty (960-1279), when China had one of the world's most prosperous and advanced economies, Chinese people enjoyed going to washegoulan. Believed to be the origin of Chinese theater, the washegoulan is emblematic of the country's ancient grassroots culture.

"Washe" means houses with tiles and "goulan" means to line the house with railings. Washegoulan was a large theater that featured different performing troupes separated by railings. Each troupe staged performances for the public, including operas, animal performances, acrobatics, puppet shows, shadow plays, dancing and comedies.

The culture of washegoulan thrived in the Southern Song Dynasty (1127-1279) when Hangzhou was the nation's capital. According to archives, the city was home to more than 20 washegoulan theaters. It was estimated that over 7 million Hangzhou residents watched these performances in a year. Many of them were built along today's Southern Song Royal Street. 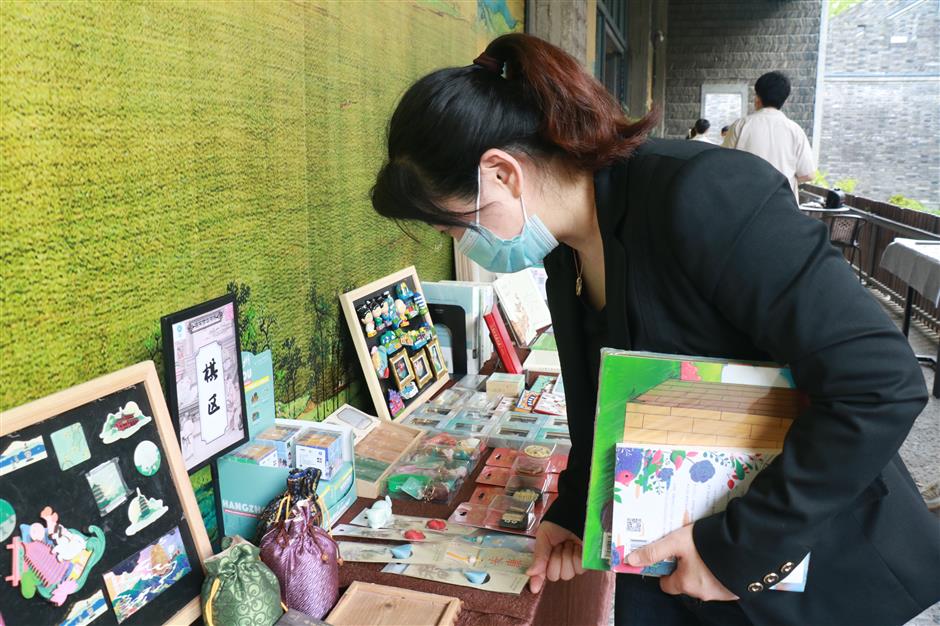 A woman is attracted by guochao- style sachets.

This booming grassroots theater culture gradually declined due to changes in the dynasties and the coming of the technology age. Today, Hangzhou is reviving this lost era by giving shows and hosting activities along Southern Song Royal Street influenced by washegoulan culture.

The Southern Song Bookstore is the ideal venue to introduce the amusing and authentic Song Dynasty performances by virtue of it being the best location.

The organizers have set up five booths to show the mainstay entertainment enjoyed by ancient Hangzhou residents, including the seven-string zither, Chinese chess, painting, tayin (拓印) – reproducing stone inscriptions on paper – and calligraphy.

Residents are encouraged to bring Song Dynasty-themed books to share with each other. Lectures will be staged for professionals to share their academic research.

Also, the organizers have set up booths to display creative products inspired by Song Dynasty culture.

Along with the rise of guochao – a movement that celebrates Chinese designers' focus on their culture and the changing fashion market – domestic designers will turn the traditional craft into avant-garde designs.

Some guochao-style sachets are on display to celebrate the upcoming Dragon Boat Festival which falls on June 3. A sachet is usually a small soft bag containing perfumed herbs or sweet-smelling items. Stitching sachets is a Dragon Boat Festival tradition, intended to both deter mosquitoes and reenergize people with the refreshing scent.

As well as the sachets, handcrafted gauze lanterns will also transport visitors back in time to the Song Dynasty. Such poetic lanterns were considered to be an adornment rather than a light source. Ancient Song people covered the lantern with a layer of gauze and drapes, making it more romantic.

In recent years, Hangzhou has sensed the importance of reviving washegoulan culture. An authentic Song Dynasty show is performed every evening at 8:30pm as an educational promotion of it.

Except for the performances, visitors can stroll along the character-filled Southern Song Royal Street precinct, a segment of Zhongshan Road which is traditionally one of Hangzhou's main thoroughfares.

The renovated strip was renamed Southern Song Royal Street in commemoration of its use by the royals of the Southern Song Dynasty.

To explore history and folklore, hidden lanes in nearby old blocks offer a better portrait of Hangzhou's past. Visitors can take a walk along the crisscrossed lanes in this area, looking for vestiges of bygone eras.