Night in Southern Song Dynasty Hangzhou, a cultural extravaganza, will include 30 activities and performances highlighting the city's ancient heritage through the end of November.

The range of activities and performances will include cuisine, culture, daily life, entertainment, costumes, landscape and lectures to give people a well-rounded picture of Hangzhou dating back a millennium.

The e-commerce and game-design leader NetEase has developed a live action role-playing game based on the backdrop of the Southern Song Dynasty (1127-1279). The resulting Lin'an Prefecture Lantern Game has debuted and promotes the history in a fun-filled way.

Live action role-playing games are all the rage among young people and these LARPers will visit a shop during the festival to act out roles according to a script that defines their characters. They will encounter fictional settings that can range from murder mystery to fantasy adventure.

Cashing in on the Southern Song Dynasty revival trend, the script is limited in application to Hangzhou.

In other activities, the Workmanship Demonstration Pavilion on the Grand Canal gathers a group of leading craftspeople to produce handmade goods. A series of hands-on activities in July will allow children to make their own items under the guidance of craftspeople.

Some of these handicrafts boomed during the Southern Song Dynasty when cavalcades of people flocked to Hangzhou to sell their products. For instance, the fan-making industry reached a pinnacle during the term of the dynasty.

The nobility are often depicted in ancient ink-wash paintings holding, waving or gesturing with delicate fans, even though the weather is not hot. Such fans were associated with politics and were symbols of social status. 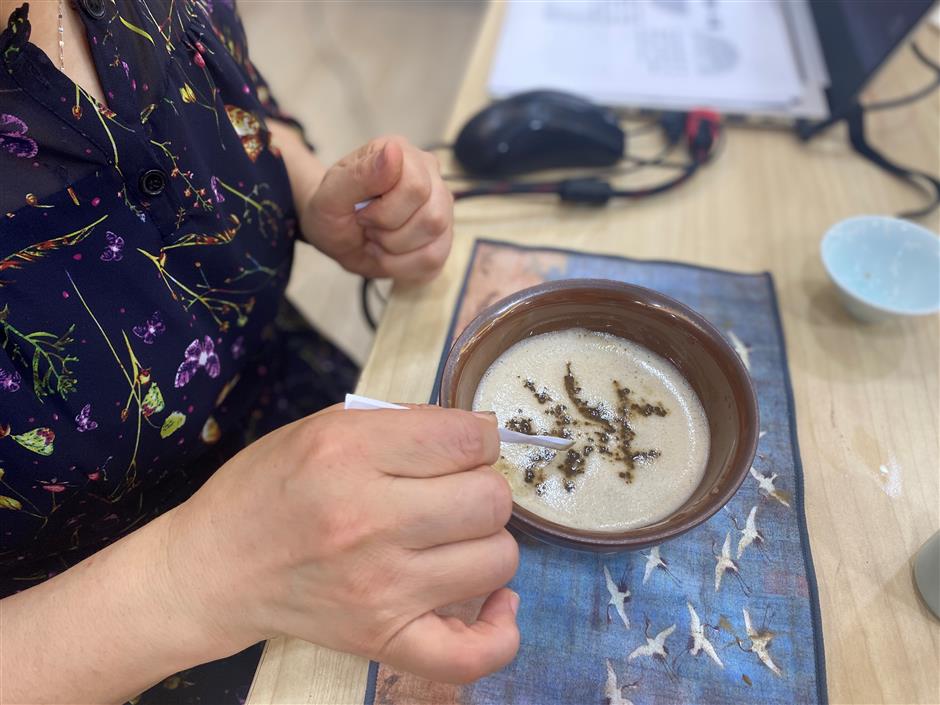 When Hangzhou became the capital of the Southern Song Dynasty, all the artists, artisans, craftsmen and workers, including fan makers, poured into the city. Streets were dotted with shops selling fans. From then on, fans were emblematic of Hangzhou, together with Longjing tea, silk and parasols.

Tea was a staple drink during the dynasty, with imperial officials, residents and royal family quaffing it daily.

The preparation and consumption of powdered tea became a ritual, and is believed to have originated at Jingshan Temple in Hangzhou. The process includes a series of performances, procedures and particular criterion for using tea leaves and vessels. 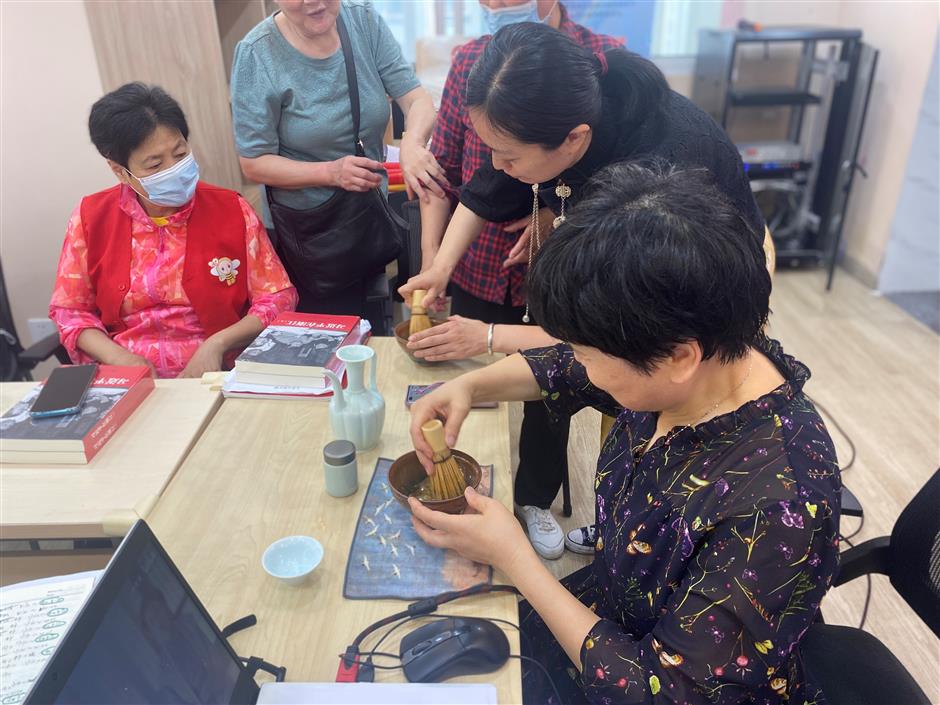 A resident whips powdered tea, one of the important steps of diancha.

They used the common indigo plant to make dark-blue dye. Different varieties of indigo produced different hues but the most common navy shade came from present-day Zhejiang and Fujian provinces.

In history, the Southern Song emperors hosted annual rituals at Bagua Field to pray for a harvest season. Many years ago, Hangzhou restored a 150-mu (10-hectare) octagonal farmland which was the imperial farm for the royal court. And the huge octagon in the shape of bagua, or Eight Diagrams, was recreated in its original location, again surrounded by water.

The bagua design, with yin and yang in the center, is a representation of Chinese wisdom about the cosmos and the harmonious workings of nature.

The Eight Diagrams Field will host agricultural activities during the Mid-Autumn Festival and Double Ninth Festival to recreate scenes dating back to the dynasty.