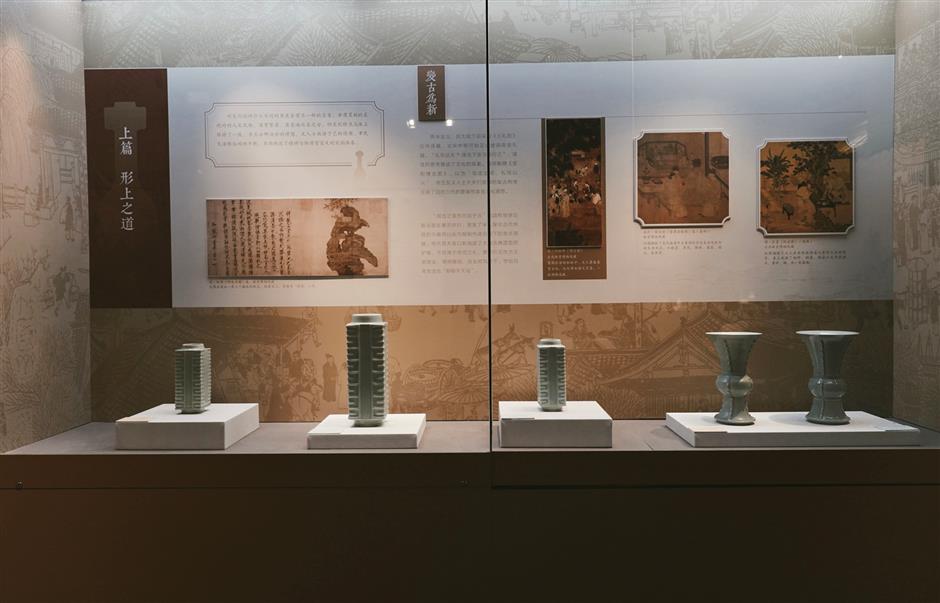 Showcased are wine vessels made in the Song Dynasty but mimicked the Shang Dynasty designs, endowing the ritual potteries with pragmatism.

Song Dynasty (960-1279) culture is synonymous with celadon pottery. As the political and economic center of the period, as well as the cradle of celadon works, Zhejiang Province was dotted with porcelain kilns and fires burned.

An exhibition at the Wulin Pavilion of Zhejiang Museum showcases Song Dynasty celadon pieces unearthed in Zhejiang and other provinces, highlighting the heyday of celadon production. 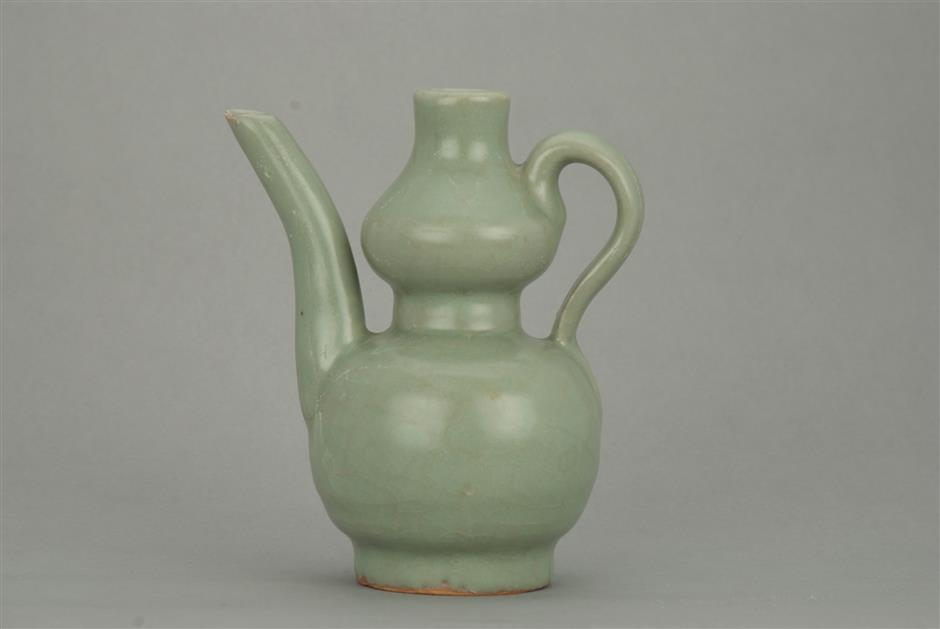 In 1991, villagers unearthed some potteries when they were digging a grave, and archeologists were called in. A total of 1,197 porcelain works were found after being buried for over 700 years – 29 are now listed as national treasures.

It is believed to be the largest find of the Song Dynasty ceramics ever in China.

According to archives, wealthy local merchants and the upper class buried them to save the pieces from the wars during the transition from the Song Dynasty to the Yuan Dynasty (1271-1368).

Muted shades and quiet simplicity are the main features of ceramics from the period, evident in many of the celadon works on display in the exhibition.

Artists of the time developed several classic designs, which continued for centuries across the country.

A calabash flagon found in Jinyu Village is considered a classic design of that era.

Calabash is called hulu (葫芦) in Chinese, sounding like fulu (福禄), meaning fortune and happiness. In ancient China, calabash-shaped porcelain was often used to decorate living rooms in the hope of a bright future. 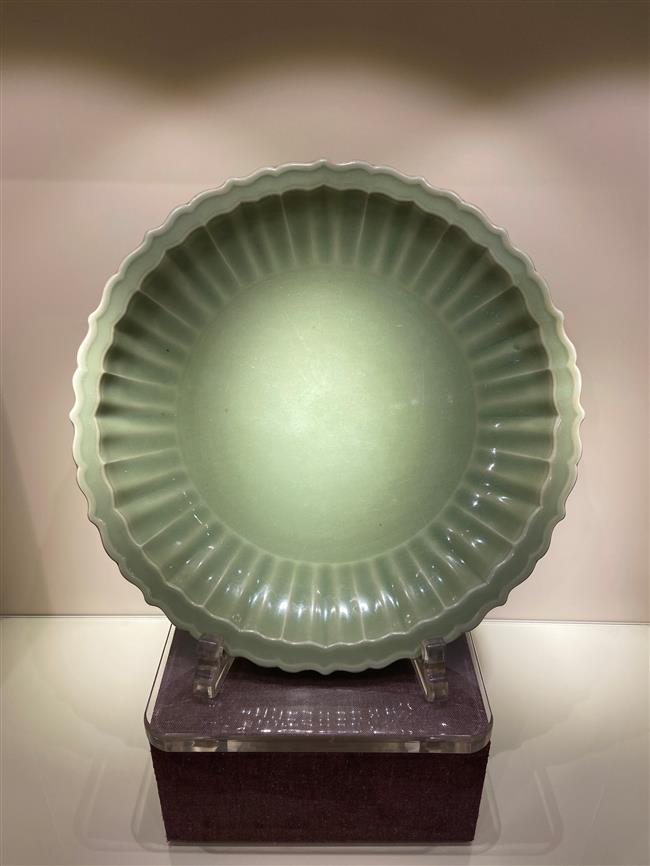 A pinkish-green plate is on display.

The exhibits give people an idea of how these scholars lived, created and worked.

The literati sought poetic meaning in utensils. Unlike previous dynasties, where luxury vessels were made of gold or silver, the Song Dynasty turned to simple ceramics.

During the Song Dynasty, when China had one of the world's most prosperous and advanced economies, people enjoyed going to washegoulan (瓦舍勾栏), a place providing entertainment performances.

Believed to be the origin of Chinese theater, the washegoulan thrived in the Southern Song Dynasty (1127-1279). Drinking wine while watching performances was a common practice during the period.

But the unrestrained drinking of previous dynasties was replaced by refined manners. The exhibits show people used a set of vessels to drink wine, following fixed etiquette.

People also absorbed elements from Buddhism, Confucianism and Taoism and applied them to the design of ceramic vessels. The integration of religions and pragmatism gave a boost to the development of celadon porcelain in Zhejiang.

Ancient craftsmen in Zhejiang integrated the techniques of China's different varieties of ceramics and adjusted clay composition and glazing techniques to invent whitish, bluish, yellowish and pinkish-green colors. Their elegant shapes and jade-like texture are the hallmark of the celadon technique.

In modern times, a group of top-notch craftspeople emerged in Zhejiang. They handed down the intangible cultural heritage to their children and apprentices, who in turn kept the skills alive and thriving.

The exhibition also displays some works from these artisans, showing the comparison between ancient and present-day celadon art.

A vessel made by modern artist Liu Jie

Date: Through August 18 (closed on Mondays)