Beauty and books to calm a reader's mind 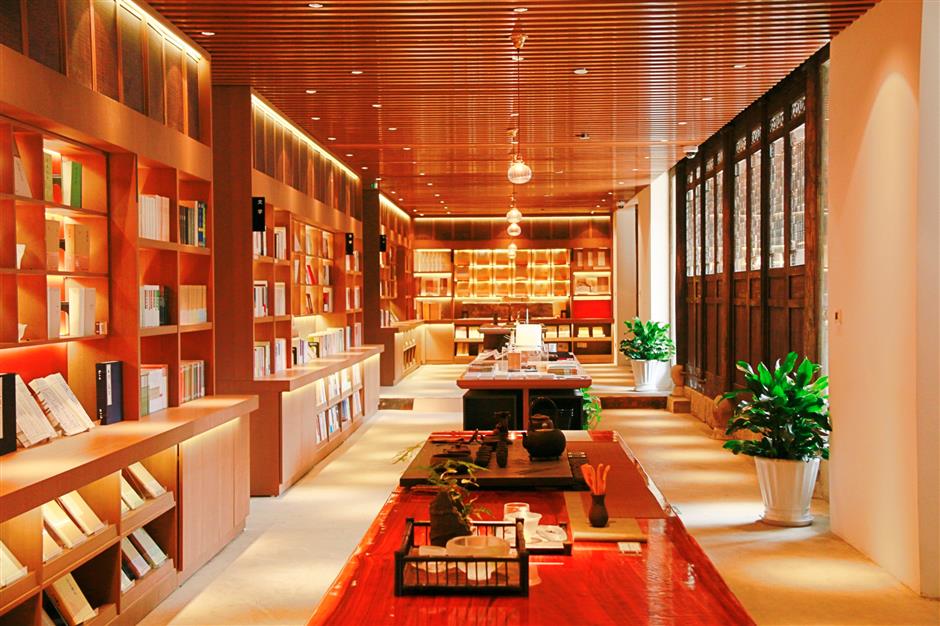 The interiors of Duoyun Books

Duoyun Books inside the Guangfulin Relics Park is a bookstore whose antique surroundings and refined decorations can easily calm a reader’s mind. Established by Shanghai Century Publishing Group and Songjiang District government on June 26, 2018, it won the title of “The Most Beautiful Bookstore of the Year” during the 2019 China Bookstore Convention in Beijing.

The site of the bookstore used to be the location of Jiufeng Academy which belonged to the Cao family in the Ming Dynasty (1368-1644) and was later destroyed by war. The Anhui-style building now erected on the site is a well-preserved and relocated ancient architecture occupying an area of around 1,600 square meters.

The two-story building with six entrances or exits has two yards. One is sand-paved and planted with a vigorous pine tree. The other has a pond, the center of which is decorated with a cloud installation. Their connotations are closely linked with Songjiang’s pronunciation and its alternative name of “Yunjian,” meaning “among the clouds.”

“All the woods used to create the building were from famous forest regions like Wuyuan County of Jiangxi Province and Huizhou District of Anhui Province,” said shop assistant Feng Jiayuan.

On the first floor readers can buy children’s books, arts and cultural books, various biographies, humanity and historic books, as well as copies of ancient paintings and calligraphy. Souvenirs such as silk scarves and wood products from Taiwan are also showcased for visitors to purchase. Feeling tired or thirsty, visitors can also enjoy a cup of tea or coffee at a lounge within the store.

The second floor is an exhibition area for artworks and reference books. A space for book clubs or readers’ events is also set up on the second floor.

How to get there: Take off at Songjiang University Town Station of Metro Line 9; then take Songjiang No. 15 Bus to East China University of Political Science and Law 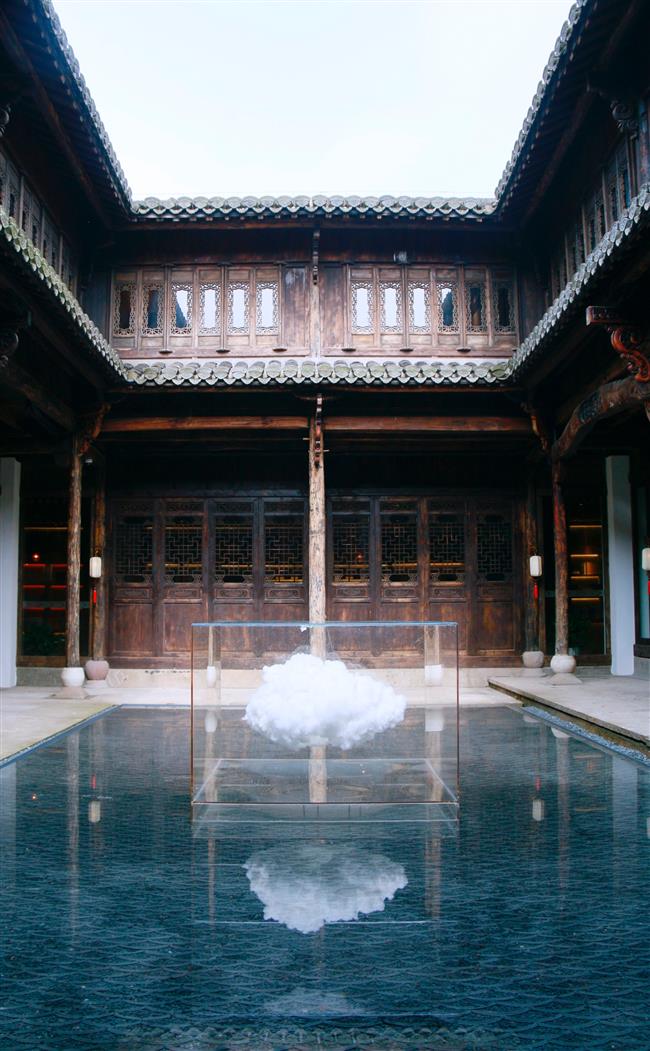 The cloud installation at one of Duoyun Books’ two gardens 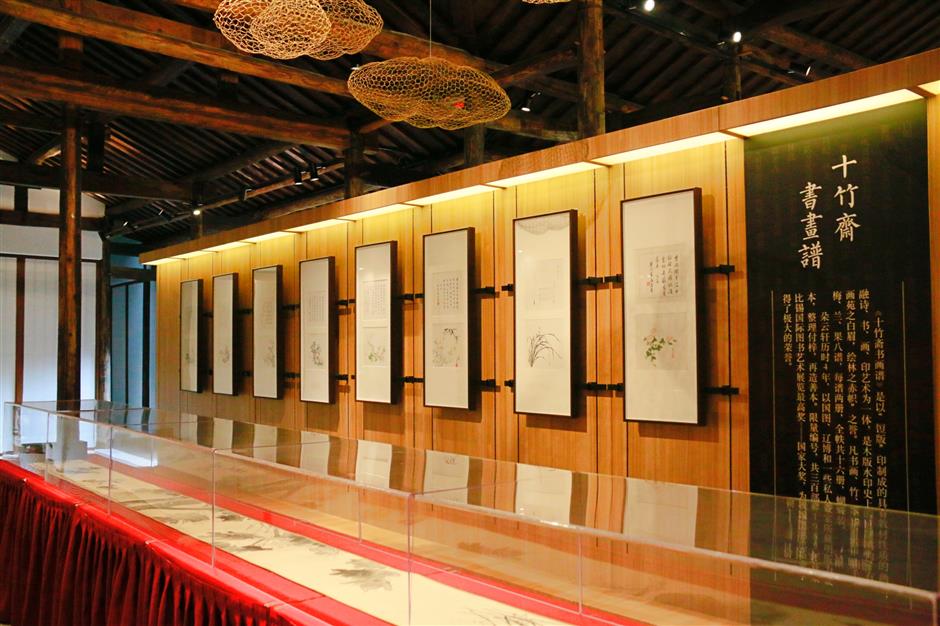 A woodblock printing exhibition is underway on the second floor.

﻿
Special Reports
﻿
61771
,
Sci-fi writer experiments with the effects of AI
Vibe of a 'world city' captured over 20 years
100-volume book series on ancient Chinese printing issued in Shanghai
Lensman captures the innocence of the 80s
'The Enchanted Knight' who rode into literary folklore
The men and brands that gave Shanghai its identity
Testing times for post-pandemic publishers
Did Snow White deal with midlife crisis?
Shanghai's cultural heritage through the eyes of shifu
Grasping ancient culture: It's fun and easy!
EXPLORE SHINE