Lensman captures the innocence of the 80s

If a picture is worth a thousand words, then we can only speculate the value of thousands of photos of Chinese children taken by a Japanese photographer almost 40 years ago.

Ryoji Akiyama's sharp eyes spot boys drinking orange soda during a school excursion to Tanzhe Temple in Beijing; girls running toward the sea in the face of a setting sun in Hainan; children reading lianhuanhua (Chinese picture books) at a streetside book rental shop in Guilin; a girl stealing a glance while doing "eye exercises" during class breaks in Chengdu; and a boy doing homework on a chair in Suzhou.

Akiyama traveled to China in the early 1980s on assignment for the Japanese camera maker Konica Minolta to popularize the Sakura color films in the country when black and white photos were still in vogue.

With support from the China Photographers' Association, Akiyama arrived in Beijing in October 1981. Armed with the popular Rolleiflex camera with film rolls that could take only 12 photos, he trained his lenses particularly on Chinese children in the early stage of the country's reform and opening-up.

He traveled to other top-tier cities like Shanghai, Guangzhou, Suzhou and Chengdu and visited rural areas – from northern Inner Mongolia Autonomous Region to the southern Hainan Province – at a time when few foreigners were granted access to visit some of those places. He amassed a collection of 8,000 photos spread over five trips in eight months.

Some of the photos were published in 1983, both in China and Japan, under the title "Hello, Little Friends." Around 3,000 copies were distributed to youth centers across China.

"In Akiyama's Chinese children, we see frank eyes, simple smiles, and the calm and relaxed happiness that blends with the landscapes at the best of the times," a Japanese media said in a review on the publication of the book. 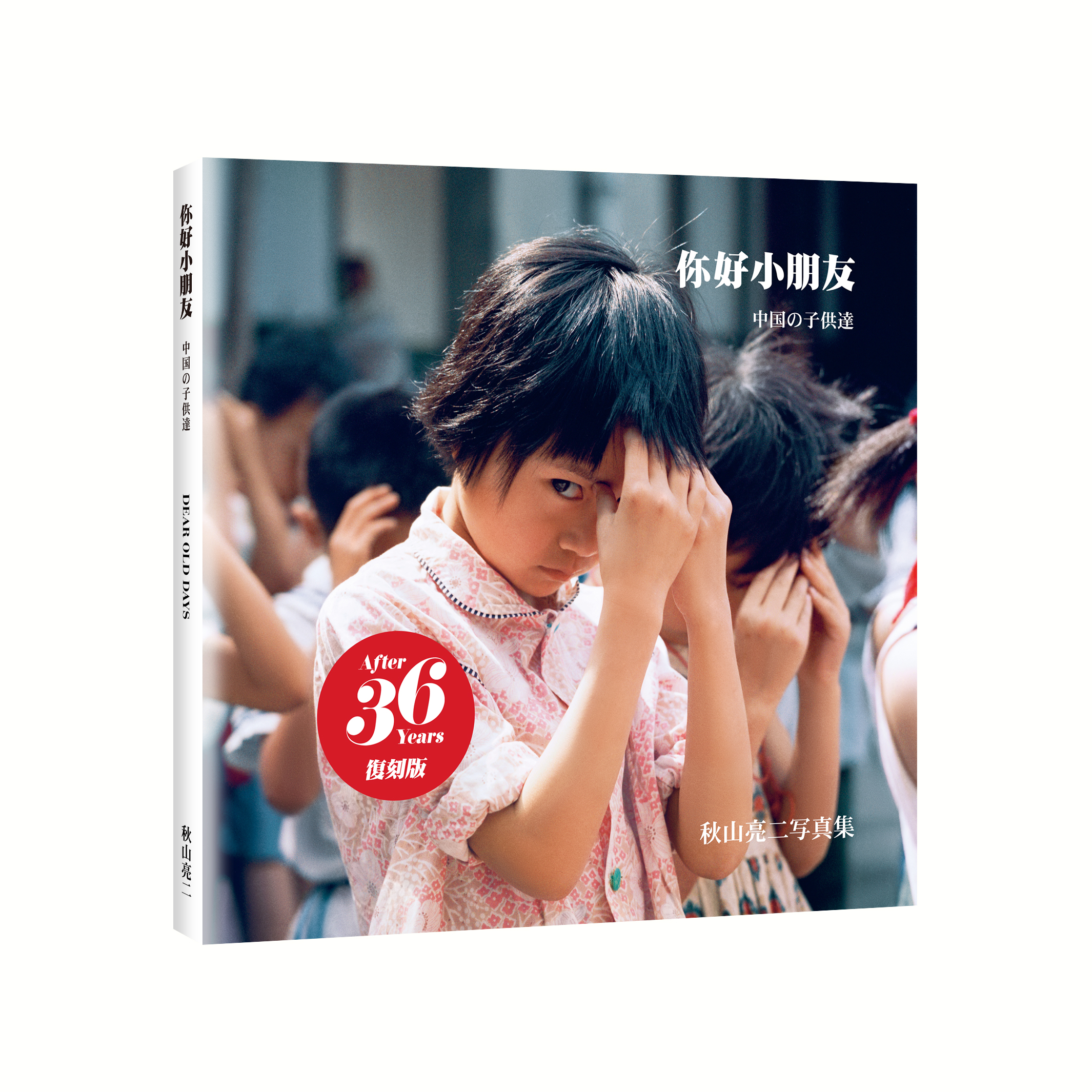 The pictures have been republished in a series titled "Dear Old Days" over the last three years, largely due to the efforts of Xia Nan, a Wuhan native who now resides in Japan.

"The drinks, the plastic shoes, the picture books, the tin pencil-boxes, the army green school bags… they are so me; that was my childhood," said Xia, who was the former editorial director of the China Life Magazine.

Xia found that the 1983 collection was regarded as a collector's item on Kongfuzi, a Chinese online bookshop that specializes in second-hand books and prints. She ended up paying a whopping 1,200 yuan for a copy on Amazon Japan! When a Chinese netizen posted some of the photos on social media, they went viral with many praising Akiyama's ability to vividly capture the ambiance of the era and the disposition behind a child's innocent face.

"The images made me smile to the point of tears," one netizen commented. "At a time when Chinese people have been consumed by material gains and are rarely able to face their humble past, Akiyama's images of Chinese children 40 years ago are a rare and precious gift, mellowed with time."

The buzz around the photos convinced Xia to get them republished. Xia, who had by now moved to Kyoto and set up the SEISODO (青艸堂) press with Japanese editor Sauser Miho, wrote to Akiyama seeking his consent. 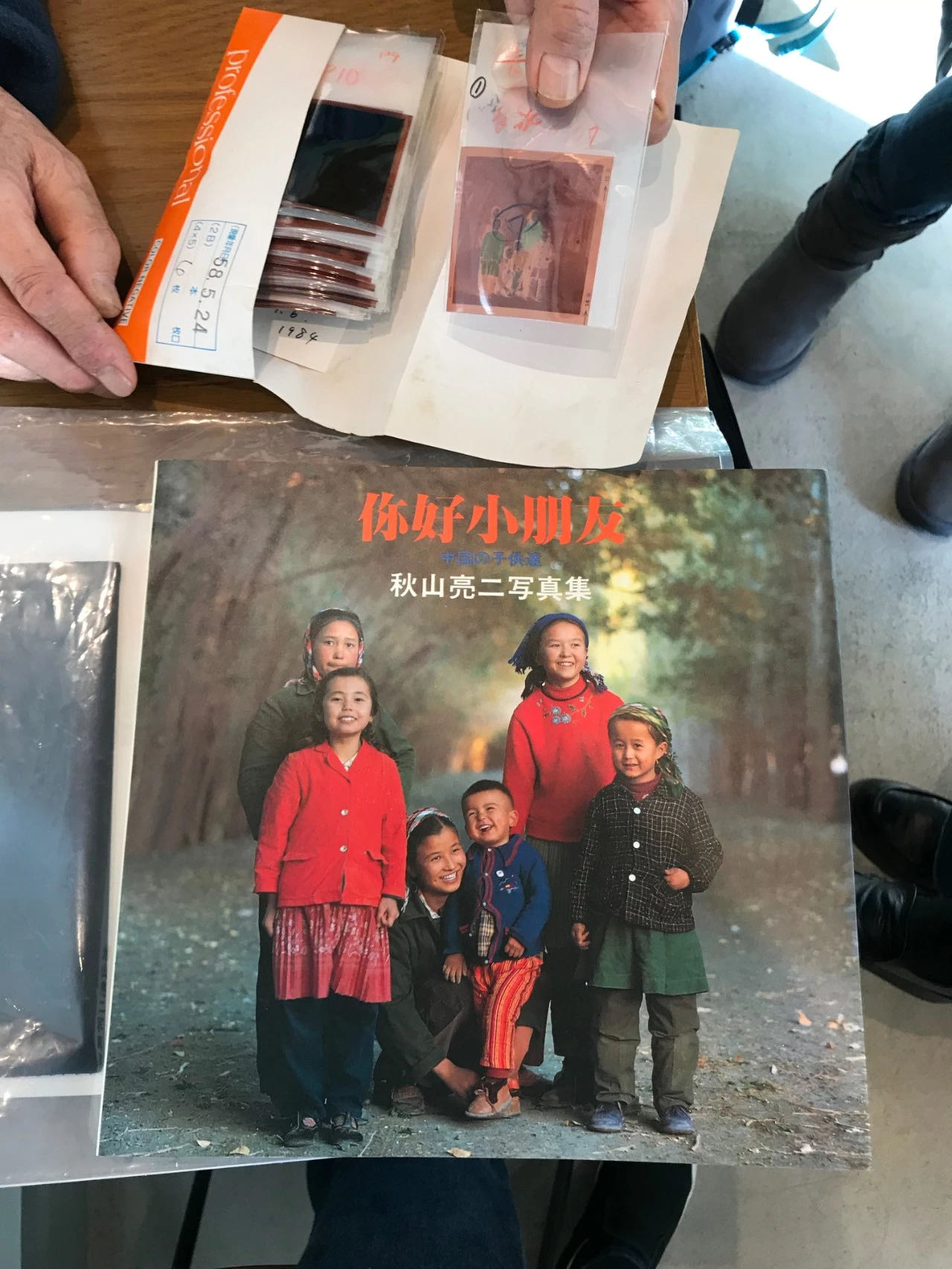 Xia and Miho caught up with Akiyama at a cafe near his Tokyo home. He gave them the negatives that had been preserved carefully for 36 years.

"I had previously refused permission for its republication. This time my heart said yes," Akiyama told them.

Akiyama was born in Tokyo in 1942 to a photographer father Seiji Akiyama. After graduating from Waseda University's School of Humanities and Social Studies in 1964, he went to work at the Tokyo bureau of The Associated Press and the photography department of the Asahi Shimbun newspaper before becoming a freelance photographer in 1967.

"Time seems to have left little trace in Akiyama's life – he still prefers film cameras and refuses to use cell phones, but China has changed dramatically. That's why the moments frozen in the collection are all the more precious, both for Akiyama and for us who know very well that those happy days will never return," Xia told Shanghai Daily.

The latest edition was published in 2019 under the title "Dear Old Days," with Akiyama making a trip to China 38 years after his first visit to promote it.

When asked how he managed to capture children's attention without speaking the language, Akiyama said, "I would have three cameras hanging around my neck when I went out, which I guess they found funny … When they approached me, I would talk to them with a smile, teach them some Japanese children's tricks or game, and become a part of them. Then I captured the photos without them noticing." 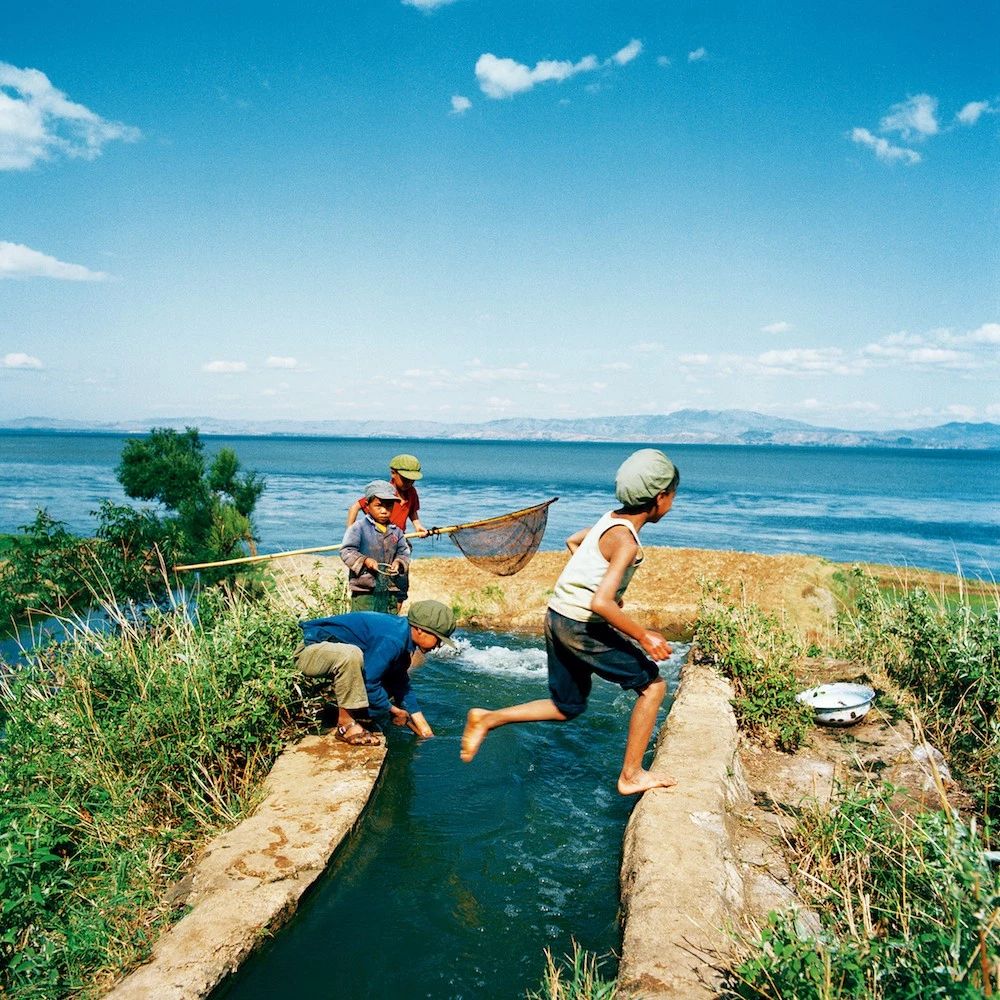 Two sequels to the original were released successively in 2020 and 2021 on Children's Day as "gifts for those children, who are probably parents now." According to Xia, the 1983 edition remains the most popular and has been reproduced thrice. About 20,000 copies of the series were sold in China and Japan, mostly snatched up by Chinese readers in their 40s.

A Chinese media outlet even managed to track down 10 of the children featured in Akiyama's 1983 publication. For a family of three sisters in Inner Mongolia, the rediscovery of "Hello, Little Friends" was particularly nostalgic as the shot of the three girls with their father is the only photo the family has of the four of them together.

"Looking back at these photos after 36 years, I can still feel the energy of the developing years here. Despite the lack of material abundance in everyday life, the children played hard and lived carefree, in the city and the countryside, in the firm belief that tomorrow will be better than today. I'm very happy to see the looks of you in my photos," said Akiyama. 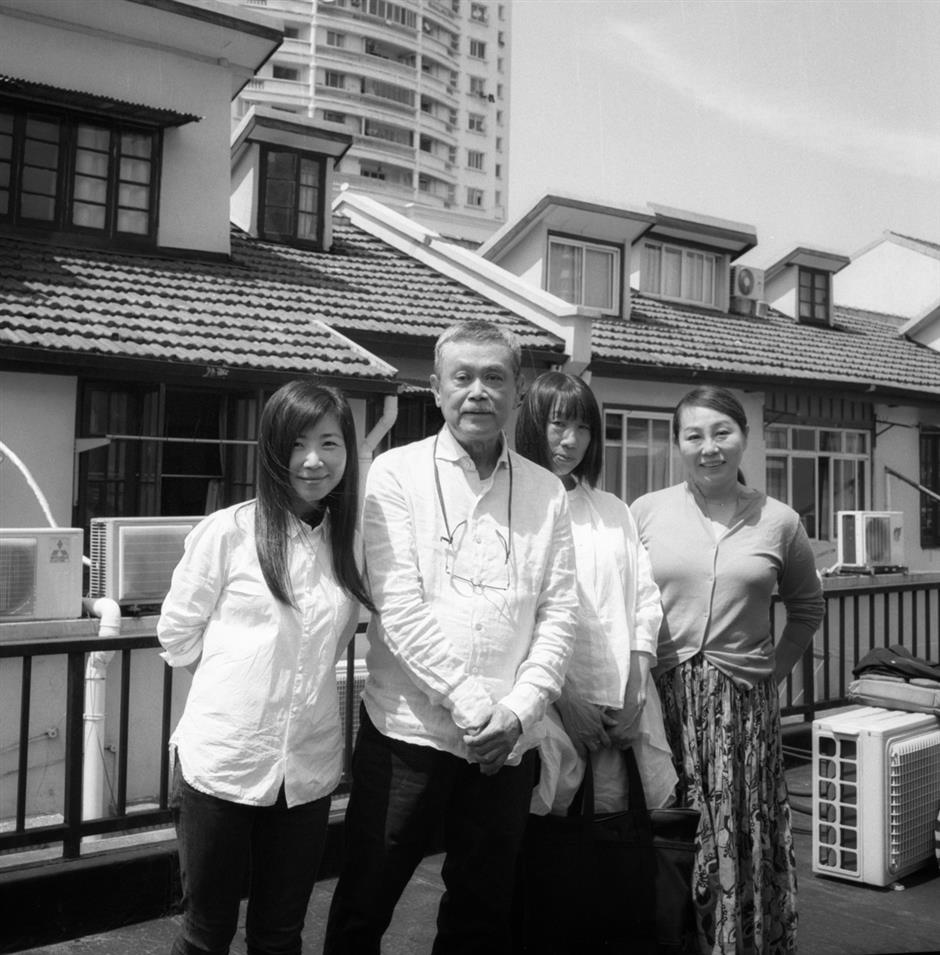 Akiyama and his daughter (right) in Shanghai with the publishers Xia Nan (left) and Sauser Miho.

After all these years of taking pictures of children, Akiyama has now trained his lenses on the elderly.

"When I go to the People's Park, I want to photograph the old people drinking tea there. For me, they tend to be relatively content and patient compared with the general population in today's society. Maybe my next album can be called – Hello, Old Friends."