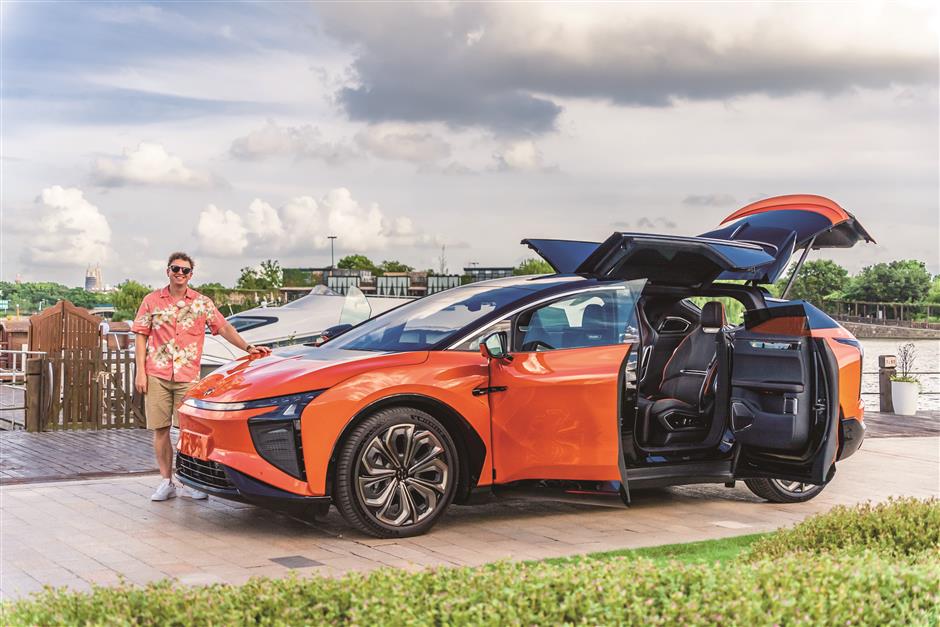 Ethan Robertson from North Carolina has found his calling behind the wheel in Shanghai. The 30-year-old American car vlogger and test driver is a celebrity in China's cyberspace, known as "Wheelsboy," boasting more than one million auto enthusiasts on social media platforms.

"I'm thrilled to drive different cars every week," Robertson said with a smile, sitting in his work studio at Firewood Space, an industrial park for startups in Songjiang District.

He has tested various Chinese cars – both gas-powered and electric, from the luxury Hongqi E-HS9 with its elegant, classy design, to the cheap pickup truck Wuling Fighting. In his vlogs, which have received millions of thumbs-up, he talks about driving traditions, compares international traffic laws and introduces American auto culture to China and vice versa. 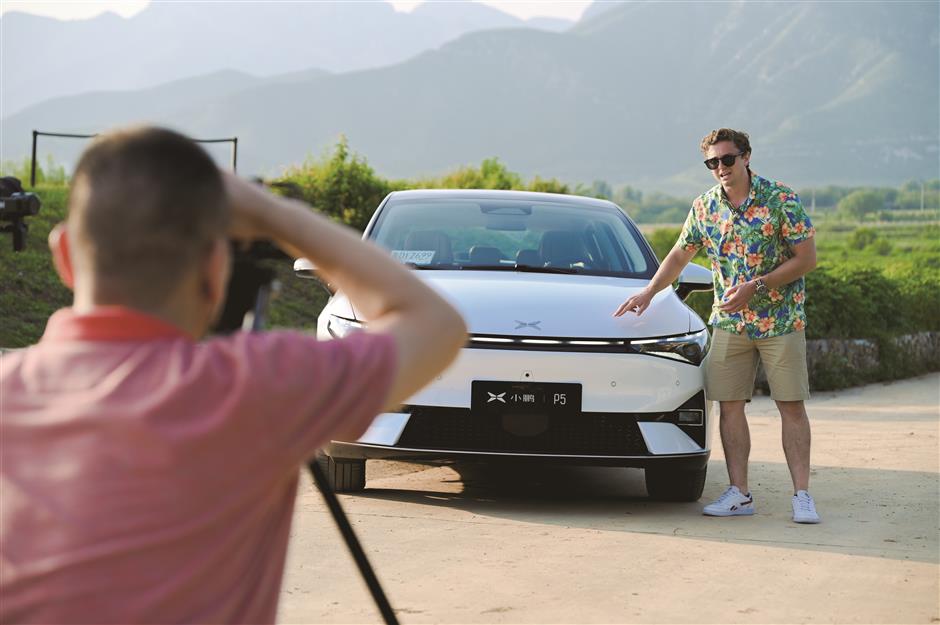 One of his most-clicked videos, catapulting "Wheelsboy" to fame overnight, was shot in the midst of the Covid-19 pandemic when Robertson went back to his hometown in North Carolina. He introduced his 22-year-old pickup Mazda B2500 to a Chinese audience, who were living under lockdown at the time.

The rough-cut video made on a cellphone, in which Robertson speaks fluent Chinese, garnered thousands of clicks, and marked the beginning of his popularity. "Probably because it was an American driving in an American driveway, it appeared authentic," he said.

Obsessed with China and its history, Robertson studied Chinese for a year and a half at University of North Carolina at Chapel Hill, and furthered improving his Mandarin during a six-month program in Beijing and Shanghai in 2013. He went home to finish his final year at the university, but felt a strong calling to return to China. 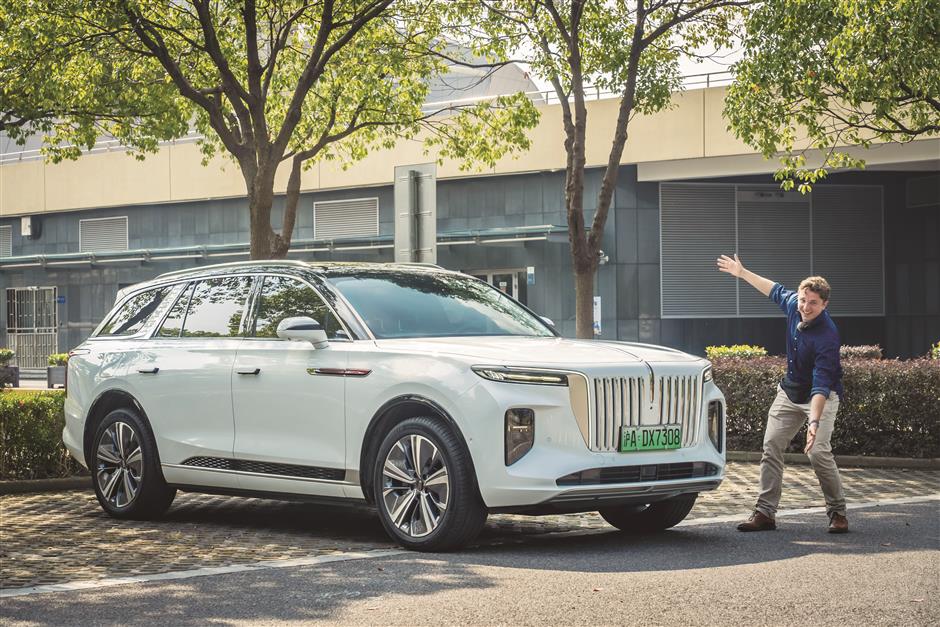 Robertson was accepted to a master degree's program for international relations at Wuhan University in Hubei Province. Upon graduation in 2018, he came to Shanghai to work. It is said that serendipity plays magic in one's life. Working in PR at the time, Robertson was introduced to Seaman Xiang and Justin Chen, auto industry insiders and online-video company entrepreneurs who were looking for Chinese-speaking foreigners to do car videos.

"I have always been interested in cars, but never dreamed that I would be able to write about them or make videos," he said. "I read every car magazine I could get when I was a kid. I was born for this."

Robertson accepted his fate. The "three musketeers" formed a camera crew two yeas ago and started making car videos in Chinese. "It was not even a part-time job at the time. It was more of a favor he did without pay," said Xiang, the director and cameraman.

Robertson played the role of host and test driver. "Wheelsboy" soon went viral on the Chinese Internet as netizens were curious to hear how a Mandarin-speaking foreign auto enthusiast would rate Chinese cars.

Among the Chinese vehicles he reviewed in his vlogs were the luxurious NIO EC6, known for its quick acceleration and great performance; the Hongqi H9 full-sized luxury sedan, and the Wuling Mini EV, a tiny zero-emission city car sold at just US$4,500.

Robertson wrote vlog scripts in Chinese by himself, which his teammate, Chen, polished. At the beginning, Robertson struggled with Chinese technical engineering terms, but he soon got the knack of it. "I wouldn't have come this far without my teammates, who do the shooting, editing, and post-production," he said. 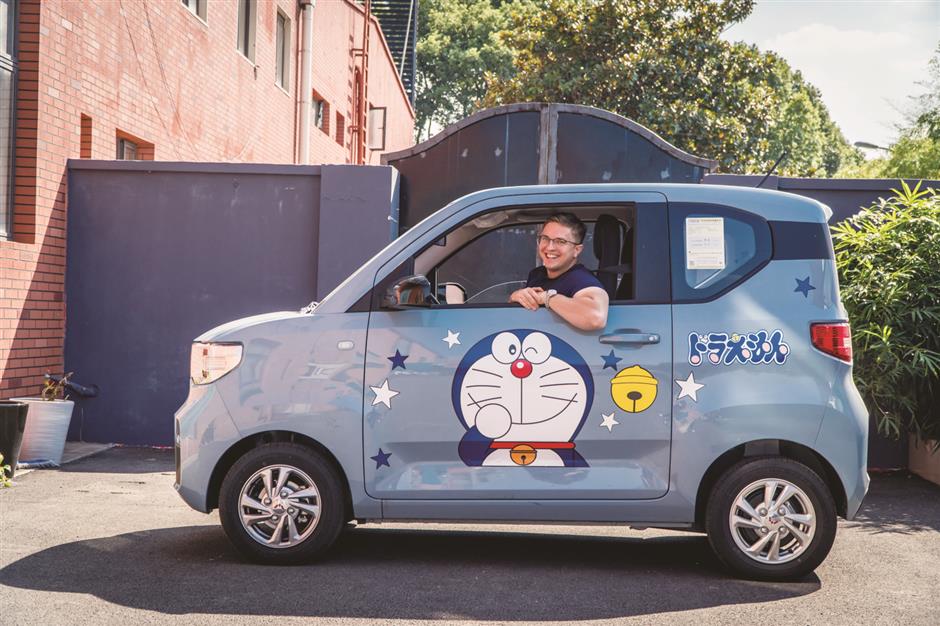 This June, he switched from part-time to full-time as "Wheelsboy" dashes at full throttle on the right track. The show has also begun an overseas social media account on Youtube, introducing Chinese cars to foreign drivers in English.

"Chinese carmakers, especially with regard to Electric Vehicle technology, have achieved great progress, but they lack good channels to promote themselves to the world," Xiang said. "It's one big reason why I wanted to do Wheelsboy." "Wheelsboy" on Youtube, with more than 50,000 subscribers, is the premier destination for people who want to learn about the wonderful, but not well-understood, world of Chinese cars and its market.

Robertson's video showcasing the Wuling Hongguang van, a best selling model in China, was one of the hottest hits. Overseas viewers are crazy about its affordable price, plenty of room for heavy loads and low maintenance cost.

"This is a legendary Chinese car. Rumor has it when it's drifting in the mountains, even a lambo can't catch up," one Youtuber wrote. Many asked when they could buy one in their countries.

"Wheelsboy" has become a bridge linking the Chinese automobile market with other nations. This July they made a video of Chengshi 01, a car manufacturer's new logistics car series, designed to deliver packages quickly and efficiently in the era of online shopping, and they received more than 10 letters of inquiries and purchase intentions at the backstage. "Africa, Southeast Asia and Europe, they were from all over the world," Xiang said. "We didn't charge. We forwarded all of them to the manufacturer."

Xiang doesn't deny they have cooperative projects with some car brands, but all drive tests and reviews are independent and objective. More than 70 percent of the cars they've tested were borrowed from friends or car-rental services.

Asked to share his general thoughts on Chinese cars, Robertson said he was impressed. "The amount of progress that Chinese car manufacturers have made is amazing since I first came here in 2013. What took other countries 50 years has taken China probably 10. The quality, design and performance have improved significantly. Many people abroad just don't know what China is doing in the car market. Our videos help to enlighten the rest of the world in this respect." 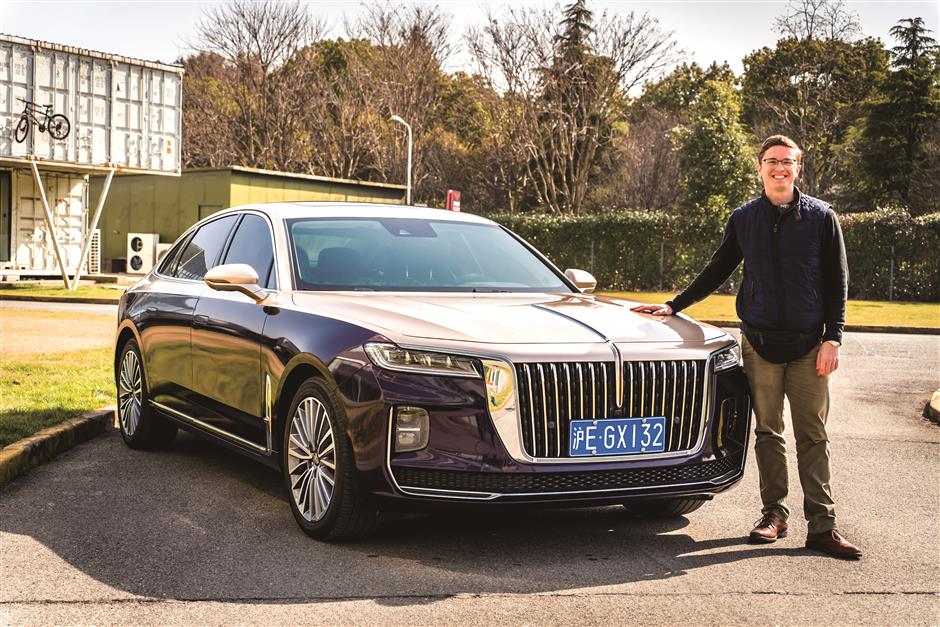