The ongoing realistic TV series "Life Is A Long Quiet River," which provides an insight into the lives of ordinary Shanghai people, has received positive feedbacks since it's featured on Dragon TV and streaming platform iQiyi last week.

Based on the novel of the same name by Teng Xiaolan, winner of the Lu Xun Literature Prize, the urban series portrays a heart-warming story about average Shanghai inhabitants' efforts to pursue a better life despite different hurdles.

According to Teng, the majority of the characters in the novel eventually attain peace of mind and the true meaning of life. She hopes that "Life Is A Long Quiet River" can inspire people to appreciate life and their loved ones, and to never give up hope even in difficult circumstances.

The author says being a native of Shanghai has both advantages and disadvantages when it comes to writing stories about the city.

"I am quite familiar with the city and what has happened here over the previous decades," Teng said. "However, it is sort of dark under the lamp." 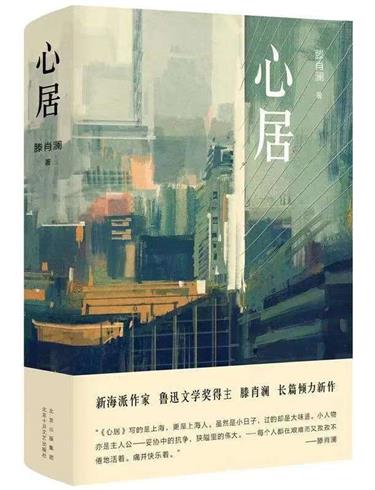 "Life Is A Long Quiet River" is based on Teng Xiaolan's novel of the same name.

According to writer Xue Shu, Teng attempts to represent the dilemma of locals and the "new Shanghainese," referring to non-natives who work and live in Shanghai.

"Despite the fact that life is harsh and destiny is uncertain, the characters in the story are brave in the face of adversity," Xue said.

Many viewers wrote that "Life Is A Long Quiet River" captures the city's lifestyles and pleasures. They also think it is another impressive work of realism after the epic series "A Lifelong Journey," which depicts the life of an ordinary family in northeast China over five decades and has received widespread acclaim.

"Life Is A Long Quiet River" is directed by Teng Huatao, who is known for the urban series "Dwelling Narrowness" and romantic film "Love Is Not Blind."

Feng, who is from Anhui Province, becomes a widow and a single mother. She begins to investigate her personal values and potentials to tide over the difficult time.

Gu Qingyu, a confident and proud woman with a well-paid job, experiences marriage setbacks. After overcoming numerous hurdles in their life, she and Feng ultimately achieve mutual respect and understanding. 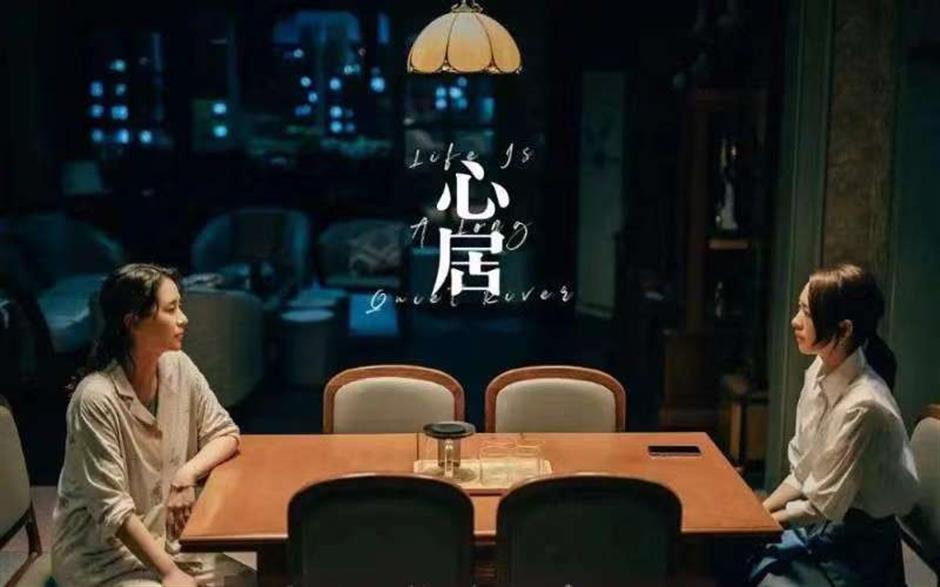 Hai Qing (left) and Tong Yao play sisters-in-law in "Life Is A Long Quiet River," with their lives contrasted yet interwoven.

The stories of the two women ring true in the hearts of viewers, particularly many young people hoping to put down roots in the megacity by purchasing their own flat.

A netizen with the screen name "Burning the cold water of the cosmos" remarked on China's film and review website Douban that the series impacted him with its sincerity and details, such as a new Shanghainese's intense desire to buy an apartment in the city.

The series also addresses problems such as marriage, education, family and caring for the elderly from a variety of views.

﻿
Special Reports
﻿
'Life Is A Long Quiet River' delves into hit-or-miss lives of ordinary city folks
Immersive art center coming up in Baoshan
SIFF program uncovers new film talent
Series captures five decades of changes
'The Royal Consort of Tang' gets a fresh new look
Dear girl, that's the real lord of the ring
Dust to dust: a film of the triumph of human spirit over adversity
Shanghai Disney lines up acts to celebrate Women's Day
'The Painting Journey' back in Grand Theater's schedule
Shanghai Ballet to keep locals on their toes for the season
EXPLORE SHINE