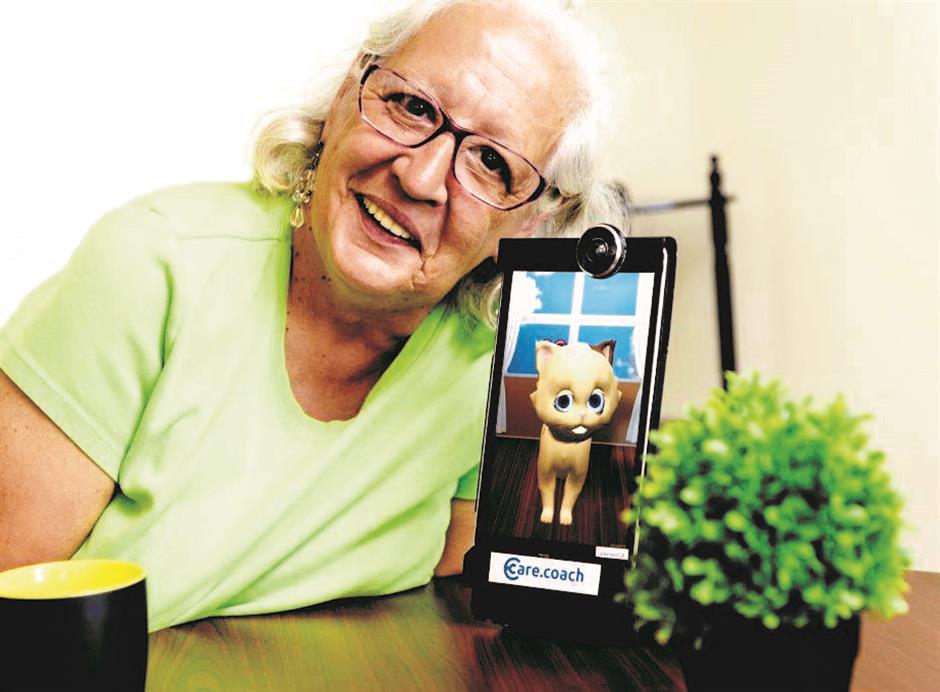 Patricia Richards, who is 64 and lives in Salem, Massachusetts, looks forward to her daily chats with her cat Bella.

“I love Bella very, very much. She’s helpful ... she does a lot of things for me and I’m so happy she’s in my house,” said Richards.

Except Bella isn’t like most animals. As well as being able to talk, Bella checks if Patricia has taken her medication, plays the music she likes and reassures her when she is feeling anxious.

Because Bella is a digital pet that exists on a tablet. She was created by Care Coach, a social enterprise that is competing with traditional models of care for the elderly in terms of cost, flexibility and resources.

In the United States, advances in healthcare and a public better informed about healthy lifestyles has lead to an increasingly aging population. One in five of the nation’s population will be 65 or older by 2030.

Richards’ welfare is managed by healthcare organization Element Care, which has engaged Care Coach to provide the pets. Element is now looking to increase the 15 current users because of the benefits that have resulted.

Not only has Richards’ wellbeing improved but the company has saved money on the cost of her care, it says.

She was selected for the digital pet because of repeated visits to the hospital while suffering anxiety and a shortage of breath related to smoking.

Richards had also suffered the loss of a family member which added to the anxiety, so was calling on therapists and care staff more often, partly for solace and partly for company.

“Our highest success is some of these lonely individuals who just need a little bit of extra help and attention,” said Kendra Seavey, the project administrator for the initiative.

The pet also provides 24-hour care, whereas the care center she attends is only open during office hours Monday to Friday.

Richards will now talk to the pet if she is short of breath. Bella will guide her through breathing exercises and play music to calm her down. This has prevented 13 hospital visits to the emergency department so far.

This is good news for taxpayers. As the care provider, Element’s budget comes from the state-funded Medicare Programs of All Inclusive Care for the Elderly (PACE), which aims to keep people living independently, instead of going to a nursing home.

Care costs will inevitably rise as people live longer lives. People aged 80 and older account for a third of all the Medicare spending in the US.

Richards can talk to her pet at any hour of the day or night.

“She is so cute. I can hear her purring when she’s sleeping,” said Richards. “If I want her I will just pat her on the top of her head and she’ll wake up.”