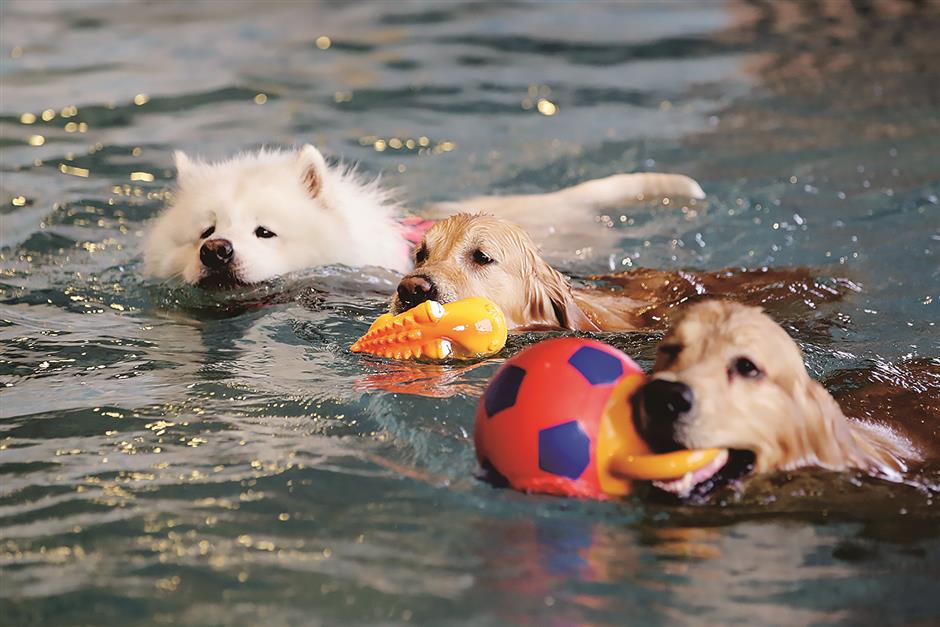 Pet dogs (from left) Summer, Qiuqiu and Oudi play in a swimming pool of a pet resort in Beijing. The Chinese market sees a growing demand for pet food, dog salons and pet hotels.

“I’ll happily splash out on my dog,” Li said as he walked his brown poodle, Coco, in Pingyang, a town on China’s east coast. “She is like a child to me.”

He is far from alone in China these days.

The growth in the middle class, a massive urbanization and other demographic changes — such as growing numbers of elderly, and people getting married and having children later than before — have been turning this into not just a pet-owning society but also one that is prepared to lavish money on “fur kids.”

Chinese shoppers are set to spend 46.3 billion yuan (US$7 billion) on their pets by 2022, up from 17.5 billion yuan this year as the market grows at around an annual 20 percent, according to estimates from Euromonitor. The US market may be much bigger with an estimated US$44.4 billion in sales this year but it is only growing around 2 percent a year.

The surge in Chinese demand is not only great news for global pet food behemoths such as Mars Inc and Nestle SA , but also rapidly growing Chinese pet food and product companies, as well as entrepreneurs setting up everything from dog salons for grooming to fancy pet hotels.

“There is huge growth potential in the Chinese market,” said Liu Yonghao, the chairman of Chinese company New Hope Group, noting that younger people especially were developing closer bonds with their pets.

“They are willing to spend lots of money on the pets because they have become like part of the family,” he said.

Thomas Kwan, chief investment officer of Hong Kong-based fund manager Harvest Global, said China’s pet market would be one of his personal picks for 2018 as consumers looked to shift up to premium products.

The questions pet owners are asking now: “Can you buy them healthy foods? Can you give them a good lifestyle?” he said.

Pingyang has big ambitions in China’s pet economy. The county, which is near the wealthy city of Wenzhou and has a population of almost 1 million, is among a slew of places responding to Beijing’s call to create 1,000 “specialty towns” by 2020 in industries from cloud computing to chocolate.

It has a dog bone-shaped visitor center and pet factories and locals said there were plans for pet-themed hotels.

But the concept has a way to go.

Locals say “pet town” had yet to fully catch on.

Nationally though, there is no doubt that the pet economy is thriving 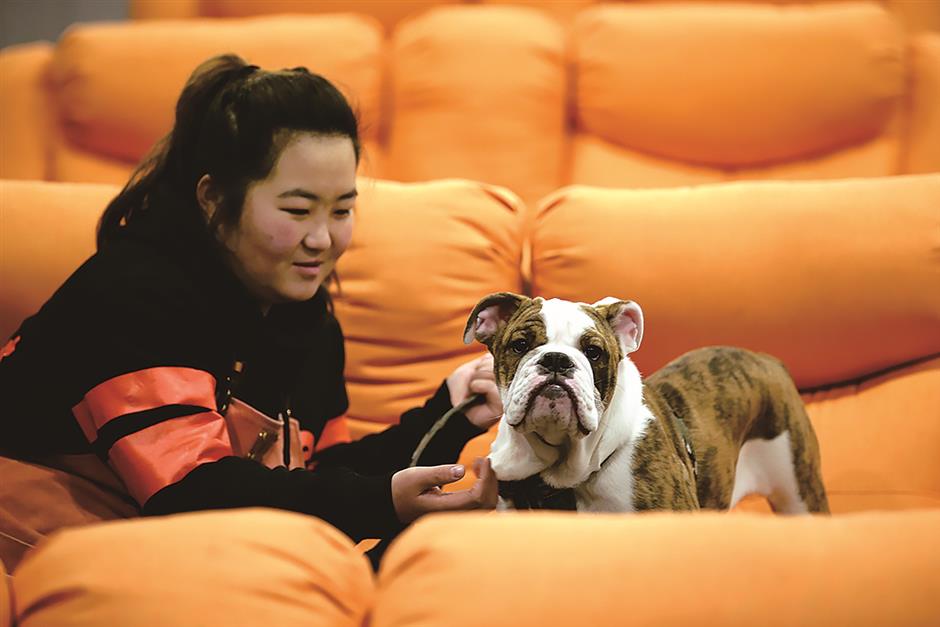 A pet dog sits in a sofa next to a staff member as they wait to watch a movie in a cinema for dogs in Beijing.

Among the Chinese companies that are now challenging the global giants, in China at least, are Shanghai Bridge Petcare, Sunsun Group and Navarch.

Smaller entrepreneurs abound too. They include DogWhere.com, which offers pet holidays and runs a boutique pet hotel in Beijing with all sorts of amenities for the pets — including a swimming pool, pet-sized bedrooms and a cinema.

Owners can spend thousands of dollars per stay. “We once looked after a dog in our hotel for 47 nights, at a total costs of 17,000 yuan,” said the platform’s marketing manager, Wang Chao.

Xiao Xudong in Beijing runs a popular grooming service for “Westies” — West Highland White Terriers — and says his increasingly youthful clientele fly in from regions as remote as the far-western Xinjiang Uygur Autonomous Region and the southwestern Yunnan Province. 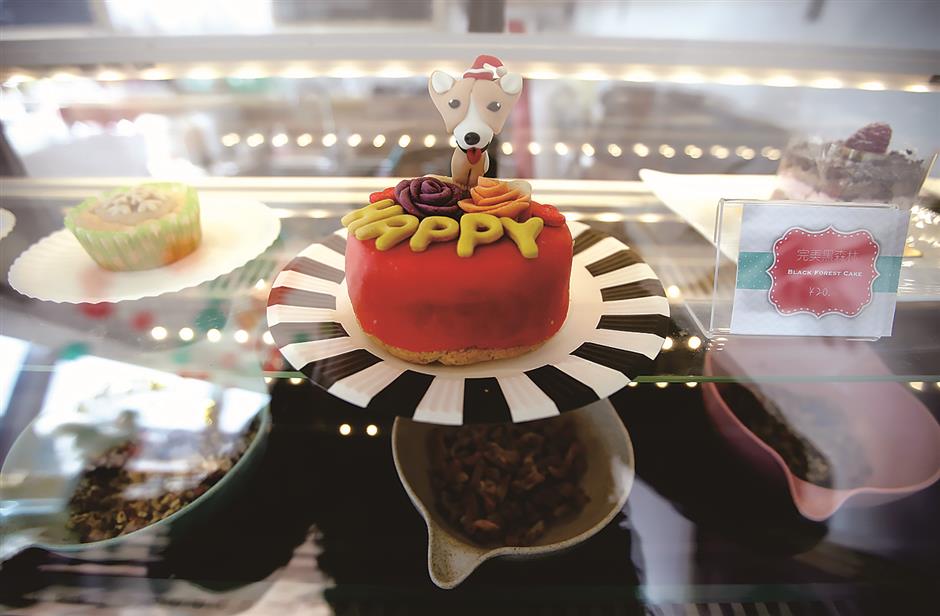 Cakes and food are seen in a restaurant for pet dogs.

“Young people hold a different consumption view to the older generations,” said Xiao, 45. “They think a lot about how their pets are groomed and are willing to splash out on them.”

But Chinese pet ownership is still just getting started. Some pets are mistreated and there is a lack of know-how about vaccinations and sterilization.

Back in Pingyang, the owner of one pet shop said the shift toward pet ownership was nonetheless stark.

“Ten years ago this place was basically farmland and people were eating dogs, now they don’t eat them as much and have started to see them as pets,” he said.

In the shop, Wang Jing, 26, was getting her two dogs — Can Can and Niu Niu — their regular bath. She said she spent around 2,000 yuan a month on them, mostly on food, but that it was all worth it when she arrived home each day.

“Otherwise when you come back there’s nobody there,” she said. “But if you have a dog then it jumps on you happily as soon as you open the door.”