Austrian Arno on living in 'the hottest spot in the world'

Arno is really busy. I waited for almost two months for an interview with him, and then he changed several times through Mini, the Cluster Director of Marketing & Communications in the hotel Arno works for. Finally we met at his work place, a pretty new hotel opened last year near National Exhibition and Convention Center Shanghai.

Mini has followed Arno for more than five years, and especially came back to work for her big boss from another job.

Mini, a girl from Wuhu, Anhui Province, said Arno was a highly-demanding boss when working, but during leisure time, he became a friendly colleague who would always have time for a meal with his staff.

“He is a passionate team leader and a good boss, and I learnt a lot beside him,” Mini told me proudly. “Mr. Arno was just awarded the best General Manager in our annual conference, the only one getting this award from about 35 Hotel GMs.”

After our one hour talk, I really felt that Arno was a talented leader and he was willing to share his thoughts and ideas confidently.

And I began to envy his team members… 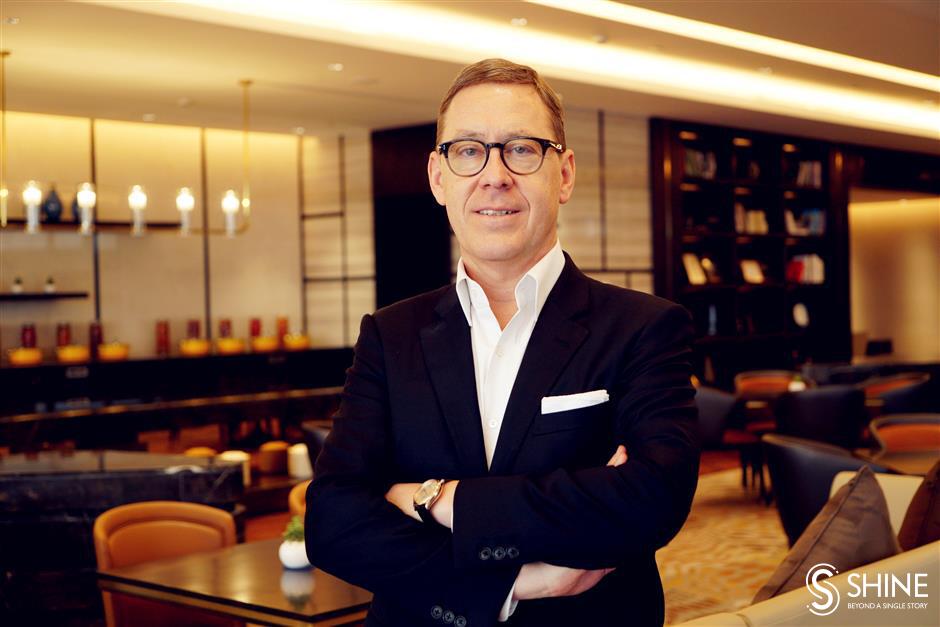 Holin: Do you remember the moment you first came to Shanghai?

Holin: You already could feel Shanghai like that when you first arrived here?

As a businessman, it's not hard to understand it's a hot melting pot. Shanghai is like New York’s stock market. Here things are happening. Beijing is like Washington and Shanghai is like… in the flavor or in the way of thinking, and acting, very much like New York. It's a fast city. You need to be fast. If you are not fast in business, you will lose business.

Holin: Wow, 18 years ago! Do you still remember your very first image of Shanghai?

Shanghai, or China, has changed so fast. China is like a bullet, moving so fast like a high-speed train.

I don't call myself a foreigner, and I think I am a guest of Shanghai, or China. I strongly believe the respect towards people, and honesty. If you don't treat people with respect and honesty, it will come back and bite you.

Holin: Do you have any impressive thing or story with Shanghai?

Arno: What always impresses me is the mix of the areas in Shanghai. I like walking around and experiencing the neighborhood. You drop into the area, and “Wow! What is this now?”

And one time, I walked into Wukang Road. It was harmonized, and many heritage buildings are there, and I was so happy that they kept all these buildings.

It was a fantastic experience and let me think that wow, yes, I was in China, but not really in China.

Holin: How do you spend your weekends in Shanghai?

Arno: I like to play golf for example. I also like sailing. It's a little bit hard in Shanghai, especially the golf, 'cos it's very far. The price is a little bit overpriced, compared to all the other Chinese cities.

Holin: Which places in Shanghai do you like best? Why?

Arno: There is a fantastic walkway now. It's near the Marriot Riverside (near Jiangbin Road and Kaiping Road, the West Bund area). You can walk there and walk over to the bridge. It's beautiful. You see all the ships coming and going. It calms me down.

I like sea. I like water. I like ships. It's a very beautiful place. There are a lot of trees, coffee and nice people. It's a fun place. It's culture.

And I like dumplings, and I often go to Din Tai Fung (a chain restaurant originated in Taiwan, specialising in xiaolongbao, or soup dumplings).

Sasha is an English bar, I'm not sure of the road, maybe near Hengshan Road. There are three or four roads over there. It's a very nice area where you can walk around. You can run into everything over there.

When I first came to China, Chinese people were perhaps not so comfortable to sit on the same table with us. But now, you feel much more warmth, and you can feel it in the clubs and the restaurants where you go. 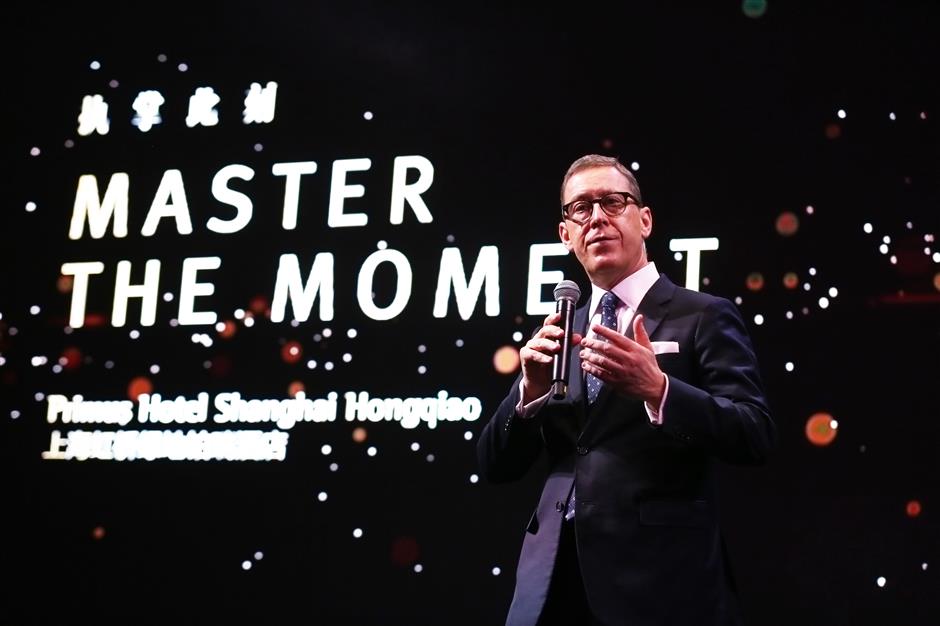 Holin: What do you love about Shanghai?

Arno: I am here on business but on the weekends I am not really for business. I am meeting friends and I am a resident here. I feel really at home. This is the place to be.

Shanghai for me, it is like a home. In a melting pot like Shanghai, you need to be smart. There is no limit in Shanghai. Now with the bullet trains it's even better. In 30 minutes you are in Hangzhou. It's better than any aircraft.

Holin: And do you hate anything in Shanghai?

Arno: Shanghai is a mega city. There is a lot of construction. They do a lot of things so well. It would be great if they can work on the control of the traffic. You need so much time on small distances. This is an area where Shanghai could push itself: manage the traffic better.

Shanghai is at the right speed. Everyone would like to come to Shanghai. Everyone likes Shanghai. Not only Shanghai, all of China is moving in the right direction. I think China will be the strongest in the next five years.

Holin: Do you have any impressed memory during your life?

Arno: When I was a child... I am talking about my step father. He opened the world to me. He took care of my family. He taught me so many positive things in life. It was fantastic.

I remembered I learnt one thing from a friend of mine when I was in Xi’an: “China can move mountains if they wish to, but China can also stop a mountain if they wish to.” It is true, if you have spirit, and you create something for the people, there is no limit. The younger generation here understand they should go faster and faster.

Now, I am 53, I was also very fast. My father told me, “age is not the difference, if you can do the job, and you know how to experience and how to make it happen, there is no age difference.”

Another one maybe was related to the Olympics. For me, when I was working for the Intercontinental, I was never that much involved in the Olympics. I had the opportunity to see what the Olympics is.

What does Arno want to say to himself in the future? Have a look! Arno is sending a message to himself 10 years from now!