“Boring bonehead questions are not cool. Next?” Tesla chief Elon Musk complained in May, shortly before shutting down questions from Wall Street.

The now-infamous conference call in a nutshell represents the unorthodox approach of Musk, whose brazen aspirations to remake the transportation universe and confrontational approach to opponents has aroused both passionate support and furious criticism. 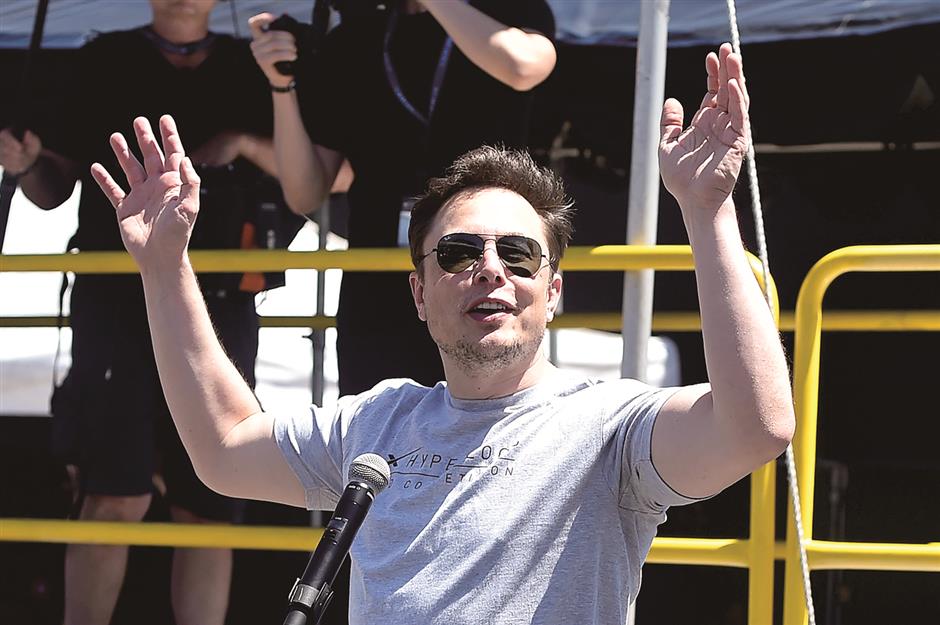 2018 SpaceX, Tesla and The Boring Company founder Elon Musk said he would remain Tesla CEO even if it ceases to be publicly traded. Trading in the company’s shares were suspended after Musk suggested it could go private.

Recognized as one of the most influential innovators in the United States, the South African-born Musk, 47, appears to approach his quarterly question-and-answer sessions with Wall Street analysts the way a boxer might prepare to enter the ring against a challenger.

“We’re going to go to YouTube. Sorry,” Musk said in the May 2 exchange. “These questions are so dry. They’re killing me.”

Though he apologized in last week’s call for being impolite in May, he cited the benefits of exiting the quarterly earnings treadmill when he made the shock proposal on Tuesday to take Tesla private.

Tensions with Wall Street have not prevented the company from astronomical growth, despite burning through huge amounts of cash and never reporting an annual profit. 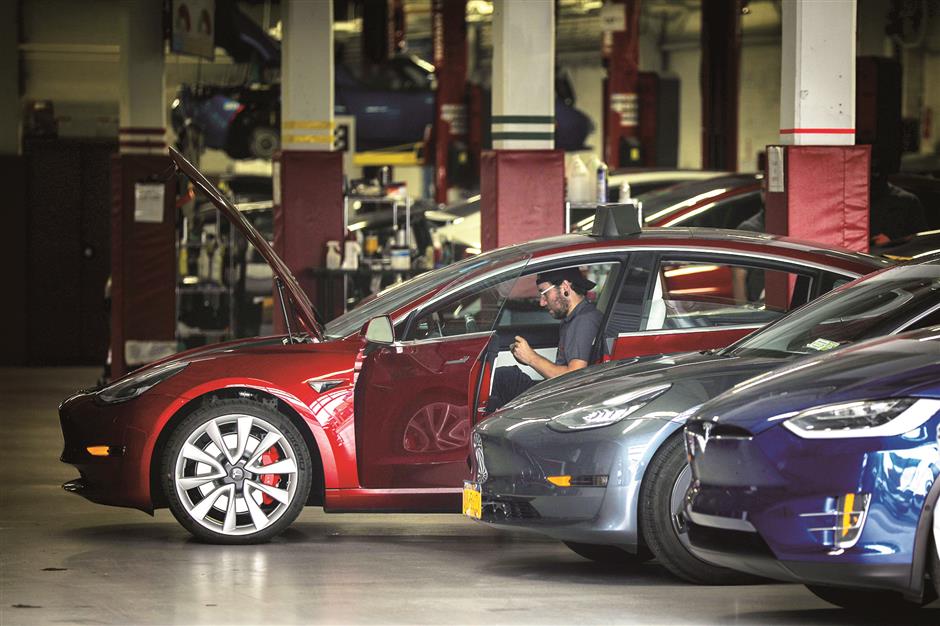 Tesla cars inside a Tesla dealership garage in the Red Hook neighborhood in New York City. On Tuesday, Elon Musk told Tesla employees he is considering making the electric car company private, claiming that it may be the best path forward for the company.

With Tuesday’s surge after the announcement, Tesla is now worth US$10 billion more than General Motors, the biggest US carmaker.

A self-proclaimed visionary for a future transportation system of electric and autonomous vehicles, Musk, who has a Twitter following of more than 22 million, has not shied from trying to squash critics whom he views as enemies of his vision.

At the end of July, a contributor to the financial website seekingalpha.com writing under the pseudonym “Montana Skeptic” exited the website after Musk personally called the author’s employer threatening legal action following negative Tesla posts.

Another bizarre moment came in July when Musk labeled a British caver a “pedo” — implying he as a pedophile — after the rescuer dismissed the Tesla chief’s idea for bringing 12 Thai boys to safety in a miniature submarine he designed.

Musk’s conduct has drawn comparisons to US President Donald Trump, another prominent figure who has embraced filter-free social media and whose mental stability has been questioned.

And like Trump, Musk has lambasted the media and been picky about appearances, granting a few rare interviews to publications like the Wall Street Journal, while favoring Rolling Stone magazine.

Musk has suggested the skeptical coverage of the company stemmed from the media’s dependence on advertising from the oil and conventional car industry. He has discussed creating a website to “rate the core truth of any article” that would be called Pravda.

Regardless of his reputation, Musk, who has frequented the Metropolitan Museum of Art’s annual gala among other glitzy appearances, has seen his wealth soar with Tesla after earlier ventures. After leaving South Africa, Musk, who holds US and Canadian nationalities, completed academic work in Ontario and a prestigious business school in Pennsylvania.

By 25, he had created Zip2, an online advertising platform, and was a millionaire by 30 years old after selling the company to Compaq Computer in 1999.

He followed that with the creation of the online bank X.com, which was later merged into PayPal and in 2002 bought by eBay for US$1.5 billion. Forbes estimates Musk’s wealth at US$22.1 billion.

He also manages a foundation focused on education, renewable energy and pediatric health.

Musk also has had a stormy personal life, who has been divorced three times — twice from the same woman — has five living sons.

Besides Tesla, his current ventures include SpaceX which aims to “revolutionize space technology, with the ultimate goal of enabling people to live on other planets,” according to the website.

Special Reports
﻿
Discover the thrills and spills of life under the sailing mast
Expressing the order and rhythm of space in ceramics
Don't like your nose? Try musical makeover
Lancôme mines longevity science for next generation skincare
You can enjoy a ski run in the city, even if the snow isn't real
Robots prepare to take over local stadium
All keyed up to pursue multitude of talents
Onitsuka Tiger unveils retro-inspired fall/winter collections
SMHC makes specialty mooncakes to raise mental health awareness
Reduce your carbon footprint and step up for low-carbon living in Shanghai
EXPLORE SHINE