Huo Jinghong started to practice martial arts at the age of 5 merely as a form of exercise. It was no accident. Martial arts are in her genes. Though she didn’t know it at the time, Huo is the great-great-granddaughter of Huo Yuanjia (1868-1910), a celebrated figure in Chinese martial arts. When she studied martial arts teaching in college, she tried to keep a low profile about her lineage.

Now, at age 41, she has become an “inheritor” of lianshouquan, a boxing art developed by her ancestors, and she is proud to talk of her family ties. Huo said she believes her path of life was predestined. She was born on the same day of the year that Huo Yuanjia died.

“For a long time, my family never talked about Huo Yuanjia or his story,” she said. “I didn’t know who I was until a TV series about him was aired in my childhood. Back then, I thought it was no big deal and had nothing to do with my life.”

Born in Tianjin, Huo first encountered martial arts at a sports school where her older brother was sent to strengthen a weak body. His curious little sister tagged along to the classes. Her brother quit after several months, but Huo carried on.

She went on to graduate from the Beijing Sport University and entered the Tianjin University of Commerce in 2000 as a martial arts instructor. 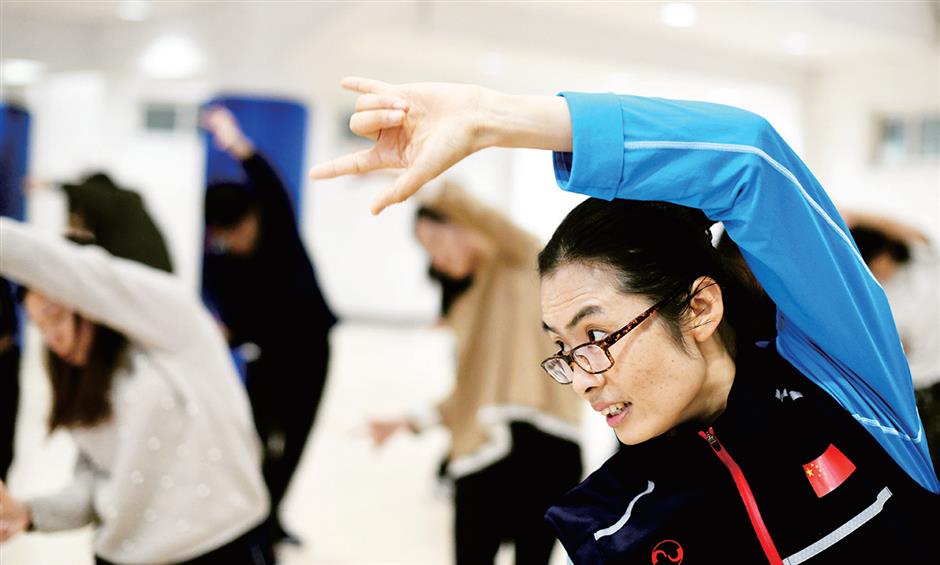 Huo Jinghong works out in a boxing art class she teaches in Tianjin. She is the descendent of a celebrated martial arts master. Her responsibility as an inheritor of the ancient boxing form is to promote it to the public.

Her enduring connection with celebrated ancestor Huo Yuanjia restarted in late 2014, when she was asked to shoot a video to display lianshouquan. It was actually the first time that she learned the routine of the ancient boxing art.

“Lianshouquan had long been forgotten in the family,” she said. “My father learned a bit when he was a child but was stopped by my grandfather Huo Yating.”

Huo Yating’s decision was aimed at protecting the family during the “cultural revolution” (1966-76). His father, Huo Dongge (1895-1956), the second son of Huo Yuanjia and the major inheritor of the boxing art form, moved to Southeast Asia in the 1920s and never came back. Such an “overseas connection” could have spelled disaster for the entire family during the “cultural revolution,” so the family kept a low profile away from martial arts.

Huo Jinghong says lianshouquan was a bit different from the martial arts that she had practiced all her life, but both have similarities.

In 2015, lianshouquan was listed as an Intangible Cultural Heritage of Tianjin, and Huo became the inheritor of the art.

That gave her the responsibility of more closely studying boxing art and promoting it to the public. She added lianshouquan to her college curriculum and found the classes well received by students. One graduate became her apprentice. Still, she worries that enrollment may decline in the future.

“Students are quite interested in general martial arts, thanks to the influence of kungfu movies and novels,” she said. “But it is difficult for them to commit to setting aside time to practice.”

Huo says the main purpose in teaching the boxing art to students is to help them gain strength, but she does warn her students, especially girls, not to get involved in real fights.

“Lianshouquan doesn’t mean that you could defeat others,” she said. “To win a fight requires much more than acquiring routine movements.” 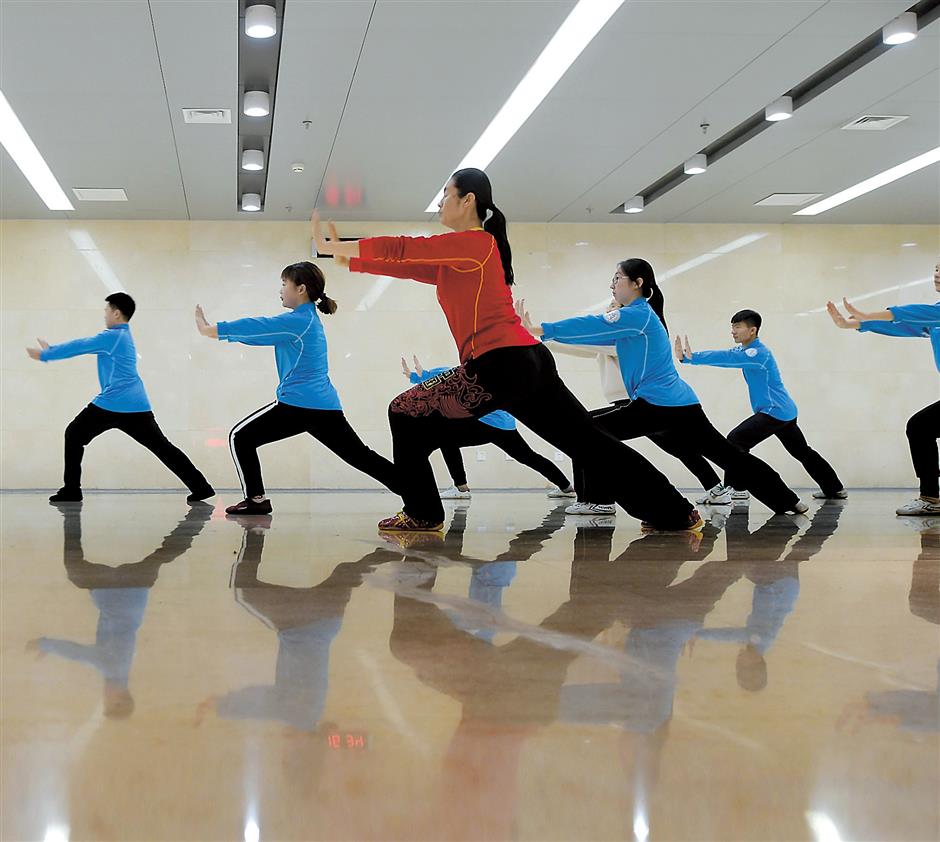 Huo (middle) in her martial art class with students

Huo is doing research on the history of lianshouquan, starting with the memories of family members.

“What can be confirmed is that lianshouquan is related to the boxing art of the Shaolin Temple in Henan Province,” she said. “They probably share the same origins. For the rest, I will need further study. I will write a thesis on the subject this year.”

Huo’s study highlights the passion of her entire family, especially her father, toward martial arts. She says he once told her that her movements in lianshouquan were a little “problematic” and not the same as he learned in his childhood.

“I asked why he waited until now to tell me this,” she said, “and he replied that he was actually influenced by me and wanted to take up the boxing art again.”

Her mother always said her birthday, the same day that Huo Yuanjia died, was a sign of “destiny.” Huo laughs but admits, “Now I’m kind of believe that as well.”

Born in Tianjin, Huo Yuanjia was the fourth child of Huo Endi (1836-1917), a sixth-generation inheritor of the boxing art lianshouquan, which is also known as mizongyi.

In the beginning, his father forbade Huo from practicing martial arts because he wanted his son to pursue an academic career. Huo, however, secretly learned martial arts by watching his father teaching students.

In 1890, a martial artist from Henan Province visited the family and asked for a contest with family members. When Huo’s brother lost the fight, Huo stood up and went on to defeat the opponents, which shocked the entire family. Witnessing his talents his father finally agreed to take him on as a student.

Huo then joined his father as a caravan guard. In 1902, a Russian wrestler openly called Chinese people the “sick men of Asia” in Tianjin, and Huo challenged him to a fight. The wrestler subsequently caved in and issued an apology for his remark in a local newspaper. That shot Huo to fame across the country.

Around 1910, Huo and his friend Nong Jinsun founded the Chin Woo Athletic Association in Shanghai. Sponsored by Sun Yat-sen, founding father of the Republic of China, the association aimed to teach people the art of self-defense and a way to strengthen mind and body.

Huo died in 1910. The cause of his death is still a mystery. While some anecdotes say that he was poisoned by a Japanese physician during treatment, others believe he died of tuberculosis.

Huo’s story was adapted into several movies and TV dramas. The best known is “Fist of Fury” (1972), starring the late Bruce Lee. In the film, Lee portrayed Chen Zhen, a fictional apprentice of Huo, who fought to investigate the cause of his master’s death.

﻿
Special Reports
﻿
Guide for overseas Chinese students during COVID-19 pandemic
A cemetery that celebrates life and death
Nile threatened by waste, warming, dam
Enchanting abode in idyllic tranquility
Connecting nature, culture and people with design
Fancy footwork: An embroiderer finds her niche
How overseas Shanghainese go through outbreak
Counseling eases psychological toll of outbreak
'Support troops' guard the doors to the city
A guardian of the light ... and of hope for Wuhan
EXPLORE SHINE