Sun Jinrong receives almost 100 calls a month from people across the country, such as: “My cat fled from an open screen window,” “My dog snuck out last night and never came back,” or “My parrot is nowhere in sight.”

Yes, Sun is a pet detective.

For the past six years, Sun has been running a business looking for lost pets and has built up a team of 10, based in Shanghai’s Pudong New Area.

“For pet raisers, we’re not just looking for a lost animal, but a family member,” he said. “I can imagine how it feels when an important family member goes missing.”

Pet owners are willing to pay thousands of yuan to find their missing pets.

In one extreme case, the owner directly attached a picture of gold bar on a notice for the missing dog, saying that anyone who finds her bichon would get the gold bar and a 10,000 yuan (US$1,408) cash reward.

“But that case was a failure,” Sun said. “Although the owner raised the reward, even promising a Porsche sports car, we still didn’t find the dog. Nobody did.”

The job indeed is easier said than done. Sun and his team make good use of all kinds of tools, such as nets and telescopes, and they have developed their own techniques.

“There is no ‘dog-finding 101’ or guidelines, and we had to accumulate our own experience case by case,” Sun said.

He once bought four types of telescopes to try their effects in different environments. He practiced for two years trying to mimic the twitter of fledglings to attract cats, and put a tracking device on a stray cat to study its routine pattern over three years. During work, he often spends nights in camps, like a detective looking for persons of interest.

“We need different skills for dogs and cats,” he said. “As dogs are braver, they have a wider range of activity, so we focus more on spreading the information. Cats tend to hide themselves, so we’d need things like infrared detecting tools to track them.” 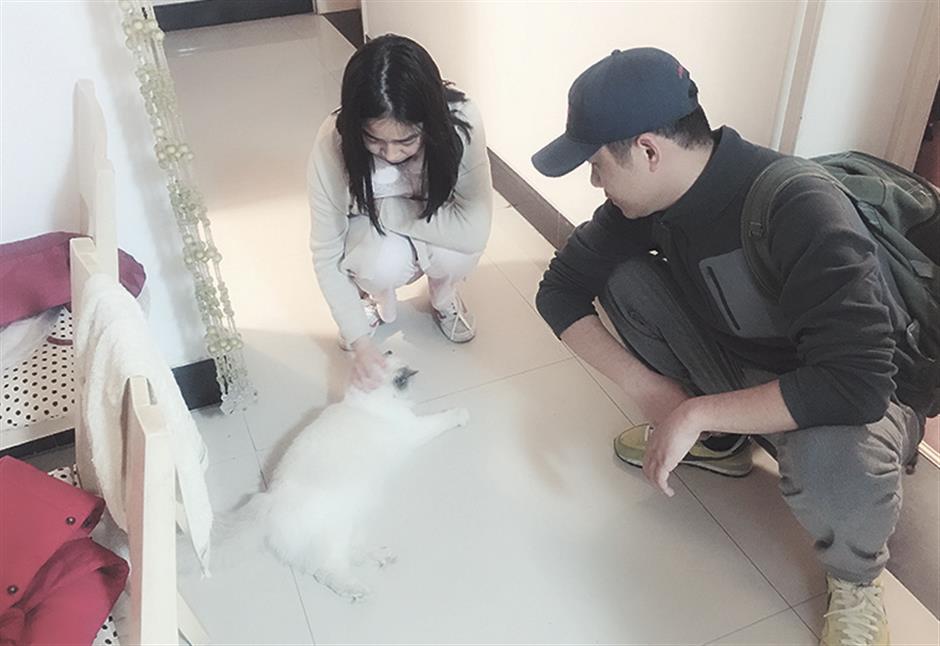 Looking for lost pets is a job easier said than done.

Although it’s the animals that Sun deals with the most, he often witnesses the complication of humanity.

“Sometimes I feel that I am a trash can that receives people’s negative emotions,” he said. “But then I understand that people suffering from a great loss might not control themselves well. That’s why when the business is extremely busy and we have to make choices between clients, we always pick those who have formed deeper bonds with their pets.”

Sun and his team have seen several types of owners: Some are so excited to see family members back that he has to stop them from rushing to the pets so they won’t get scared; some cry like a baby if their pets are dead; some quit job to look for a lost dog; one couple divorced because of a missing cat; and an old man died from heart attack after he lost his pet.

“I have seen people with separation anxiety and pet dependency. And once they lose their pets, it’s more difficult for them than common people to walk out of the shadow,” Sun said.

“Sometimes I feel like a superhero when saving pets for them, but it feels so frustrated when I fail.”

Maybe that’s why when talking about the cases he deals with, Sun says that the ones lingering more on his mind are always the failed ones: unleashed dogs killed in car accidents or cats falling to death from the 10th floor.

“Every time we encounter such cases, we bury the pets by ourselves, giving them a proper funeral,” Sun said. “Sometimes we wish that we could be more famous and have more power, so that we could promote awareness to raise and protect pets to prevent such tragedies.”

Sun said being engaged with pets was an unexpected turn of his life. Son of a former air force mechanist, Sun spent his childhood with the army. He believed that the experience affected his personality a lot. He is strict and rigorous about everything he does, including his job of course.

“I remember that in the army, the machinists needed to report even if a screw went missing,” he said. “And now it’s my working style as well. After every case, I would see if I could improve my skills to do it better and faster.”

Joining the army was once Sun’s biggest dream. However, after his father had a car accident and had to stay home to recover, he decided to quit school and look for a job in Shanghai.

He became an apprentice in a printing house. He stayed with relatives, often worked overnight and ate as simple as possible to save money. But he still volunteered at a non-profitable pet care organization. Through the work, Sun connected with the pet industry and got to know pet dealers, breeders and animal care volunteers. At that time, he often helped looking for lost dogs.

In 2013, he started his “pet detective” business. His first paid order was from a local owner. He spent four hours finding a dog and earned 1,500 yuan. After that, people from all walks of life started to join him, including truck drivers, deliverymen, programmers and factory workers. All of them are animal lovers and don’t mind the irregular sleep.

Apart from the business, the team volunteers in animal aid. They sometimes help with catching strays on the street for sterilization operations.

“In Shanghai, I realize that there are many animals in the city waiting for our help,” Sun said. “That’s why I stay.” 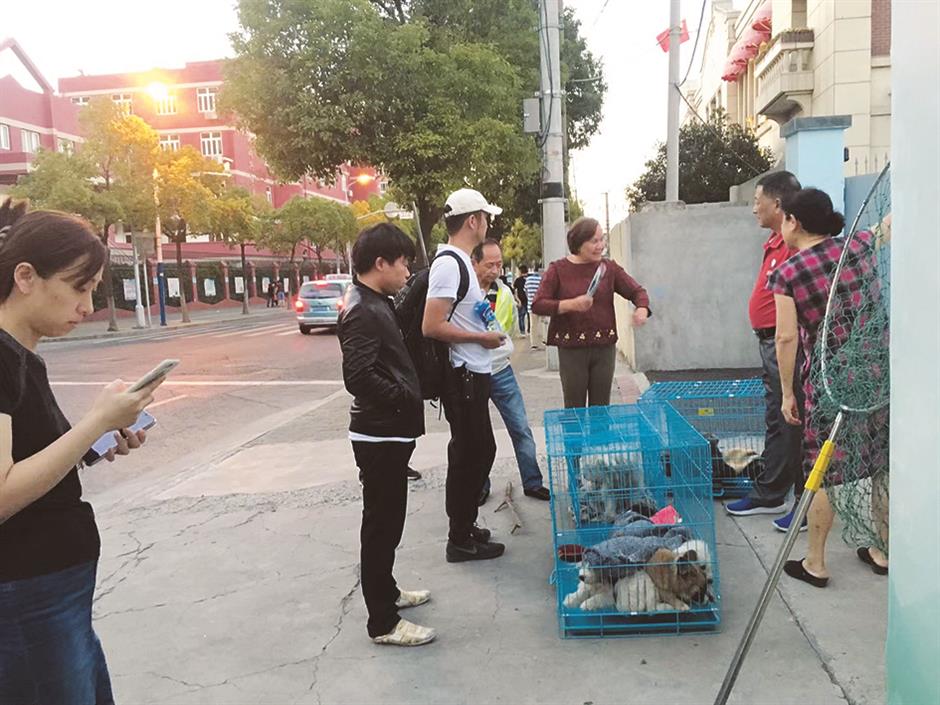 Sun has developed a business of looking for lost pets.