The man who translated The Da Vinci Code into Chinese

When speaking of Zhu Zhenwu, people in China will connect his name to Dan Brown’s, because Zhu is the major Chinese translator for the well-known American author.

He has translated major works of Brown's into Chinese, including "Angels and Demons," "Digital Fortress," "Deception Point" and perhaps the book he's most famous for: “The Da Vinci Code."

“At first, the publisher decided to first print a 30,000 copy run of the Chinese version of book," Zhu, director of the Foreign Literature Research Center at Shanghai Normal University, said proudly. Now it's been printed more than two million times. 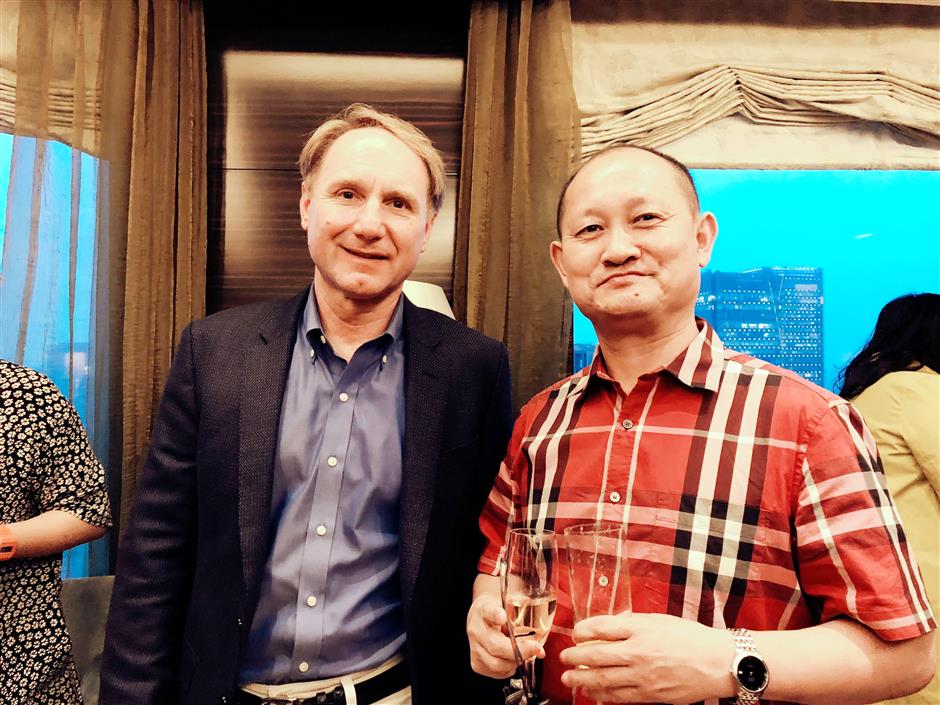 Speaking of reasons why Zhu decided to translate “The Da Vinci Code” — the first work of Dan Brown’s that he put his energy into — Zhu listed four.

"Firstly, the book is fascinating,” he says. “When I began to read the original version, I could not stop and needed to know what happened next." Zhu smiles like a young boy as he remembers first reading the book 15 years ago.

"Second, this book is full of knowledge — Chinese readers like books with knowledge. In America, people called Dan Brown's work 'erudite fiction,' while I want to call it 'cultural mystery fiction.'”

"Thirdly, it has the same values as ours," Zhu continues.

And finally, he appreciates the story because it’s based on religion but it doesn’t come across like propaganda.

Recently Professor Zhu was researching Chinese writer Zhang Wei's "The Ancient Ship," which was translated by Howard Goldblatt, American Research Professor of Chinese. "The book wins a good review," Zhu says. "Now China has more impact in the world, and many Americans are interested in China. They also read original Chinese books."

As for the future, Zhu has set a new goal for himself. "I want to research African literature, and introduce and translate good literary works from Africa into Chinese."

With 1.3 billion people and three times as much land as China, Africa has a lot of talented writers. "How can we ignore them?"

Zhu confessed that Chinese people have put much more attention into English and American literature: "We absorbed too many mainstream values which made us a little bit malnourished.”

"We need to absorb nutrition from different angles," Zhu added. "If you delve into the world of Africa literature, you will find vast scenery that is seldom noticed."

Want to know more about the story behind translation, Dan Brown, and Zhu’s view on Shanghai Daily? Check out the video above.

﻿
Special Reports
﻿
61914
,
Guide for overseas Chinese students during COVID-19 pandemic
A cemetery that celebrates life and death
Nile threatened by waste, warming, dam
Enchanting abode in idyllic tranquility
Connecting nature, culture and people with design
Fancy footwork: An embroiderer finds her niche
How overseas Shanghainese go through outbreak
Counseling eases psychological toll of outbreak
'Support troops' guard the doors to the city
A guardian of the light ... and of hope for Wuhan
EXPLORE SHINE