Zhang Xiong, 24, is a drum teacher in a music institution in Shanghai. Having been away from his hometown in Shanxi Province for seven years, he dreams of becoming a professional musician.

Zhang’s musical ambitions were born in his childhood. When he was in primary school, he did his homework with background music from his father’s radio. For him, his interest in music was “something subconscious.”

However, it was not until high school that he met his soulmate: the drum.

One days, a band came to his school to perform. For him, it was a big surprise. “All of my attention was drawn to the drummer. I didn’t notice anyone else. I didn’t even know what they were singing, actually,” Zhang said.

After the performance, Zhang found the drummer and asked for lessons. This was when his musical journey started.

However, Zhang said he had a very late start. Most of his friends in the music industry have studied music since early childhood, so this boy from rural Shanxi had to struggle to catch up with his peers.

After studying under the drummer for half a year, Zhang quit his high school to prepare for a music collage. It was a bold decision, but his talent helped him: he succeeded in entering, and even skipped a grade.

“I never imagined it, but I really did it,” Zhang said with a smile. 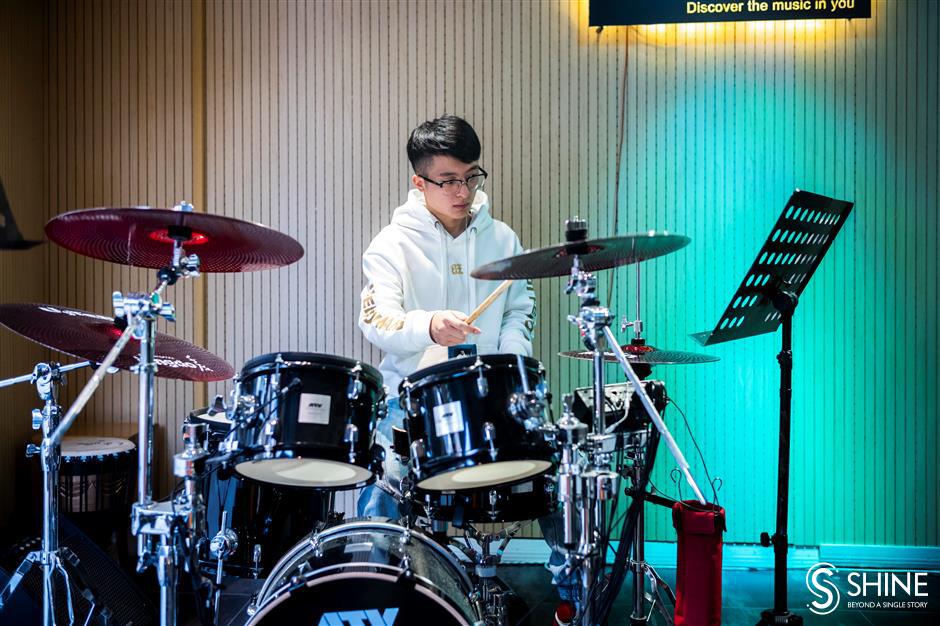 In the college, students were always competing with each other. “If I saw my roommate practicing for one hour, I practiced for two hours.” Zhang said. “Competition is a divisive word, but it's always good for learning.”

Two years later, Zhang decided to apply for a better college. He didn’t want his family to pay for him, so he started to work part-time.

“It was a hard time for me.” Zhang recalled.

Although he was earning some money, the heavy work load pulled him away from his dream. As his jobs had nothing to do with drumming, he could only practice for one to two hours after work, and then fall fast asleep.

“I started to think it was a waste of time,” Zhang said, “but fortunately, I got a chance to earn money with my skills just at that time: by becoming a drum teacher.”

Up to now, Zhang has taught more than 60 students. Over half of them are children.

“Teaching children isn’t easy,” Zhang shared. “Many of them easily lose focus, and sometimes they cannot fully understand what you are talking about. So, we must spark their interest first. Only with interest can they be willing to learn more and keep going.”

To master basic skills, he teaches his students from the very beginning: how to hold the drumsticks, how to apply the same force from both hands, and how to keep the right sitting posture.

“Some students may think it’s too boring, as they only want to play one song or just make themselves cool.” Zhang explained, “but you can never make a great performance without solid fundamental skills. If you rush for quick results and skip practice, you will find it much harder to make up for it in the future.”

The lesson Zhang always emphasizes to his students is: “Never be anxious for success.”

Zhang rents a practice room in Yangpu district. Each morning, he makes an hour’s journey there, practices for one to two hours, and takes another one hour ride to his work place. Every night, he practices on a drum pad at home. 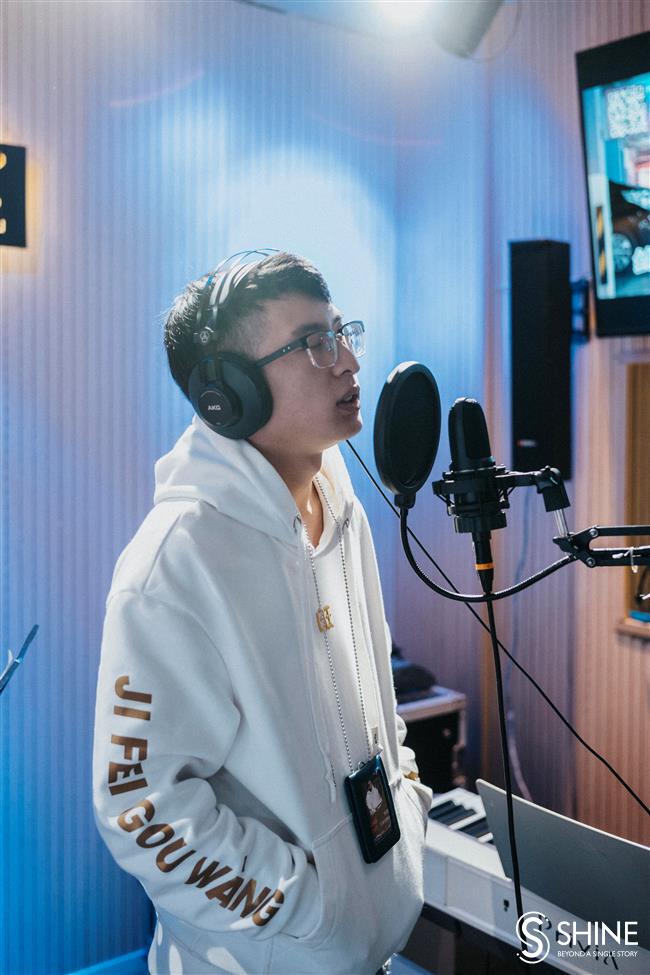 When asked about his future he was unexpectedly modest and cautious.

“I don’t think I have the ability to form a band now,” Zhang replied.

For him, forming a band is complicated. A professional musician must know about recording, tuning, arrangement and composing. So he is now learning these from his friends. In the meantime, he also studies guitar and keyboard.

“All of my life seems to be devoted to music,” Zhang laughed.

During his seven years away from home, Zhang has spent five years in Shanghai. For him, Shanghai is a big, kaleidoscopic city, with many opportunities and pressures.

“Shanghai offers an equal chance for everyone,” Zhang said, “but at the same time, this also causes fierce competition for each position. As you know, Shanghai never lacks talents.”

But despite the hardships, Zhang is willing to persist. “I will play the drum as long as my hands can move,” he said with a smile.

﻿
Special Reports
ADVERTISEMENT
Guide for overseas Chinese students during COVID-19 pandemic
A cemetery that celebrates life and death
Nile threatened by waste, warming, dam
Enchanting abode in idyllic tranquility
Connecting nature, culture and people with design
Fancy footwork: An embroiderer finds her niche
How overseas Shanghainese go through outbreak
Counseling eases psychological toll of outbreak
'Support troops' guard the doors to the city
A guardian of the light ... and of hope for Wuhan
EXPLORE SHINE