Distinctive IDs: making a name for yourself

You walk into an office full of Chinese workers and you hear them calling one another “Eric,” “Tony” and “Vivian” — and sometimes more offbeat English names like “Cici,” “Summer” and “Echo.”

It’s a phenomenon of modern China that often puzzles foreigners. Why do so many Chinese people with perfectly beautiful names in their own language adopt Western names?

Probably there are many reasons. For some, it’s chic and cosmopolitan. For others, it’s a business necessity in dealing with foreign partners who can’t pronounce Chinese names. For some, it’s part of taking English classes or studying abroad. And for yet others, it’s something their parents chose long before they had any say in it.

Indeed, many parents give both Chinese and Western names to babies, and that is proving a lucrative trend for British teenager Beau Jessup.

Jessup, 19, is the founder and chief executive of a website called specialname.cn. It specializes in suggesting English names for Chinese babies. According to the website, more than 819,000 babies have been named with its help.

“We currently help, on average, 8,000 parents choose appropriate names for their babies each month,” she says. “Our service numbers are growing month by month.”

Parents are asked to choose from a list of 10 characteristics the five they hope their son or daughter will have, such as “elegant,” “honest” and “empathetic.” Then, after paying a fee of 28 yuan (US$4), they receive suggestions of three English names.

Jessup says that she came up with the idea of the business after a visit to China with her father when she was 16. During the visit, she had a dinner with a Chinese family in Chengdu, capital of Sichuan Province.

A colleague of her father had a 3-year-old daughter and asked Jessup to give the little girl an English name.

Jessup took the job very seriously. She asked about the child’s birthday and her parents’ expectations of her. Finally, she suggested the name “Eliza,” inspired by the character Eliza Doolittle in “My Fair Lady.” The couple liked and accepted it. 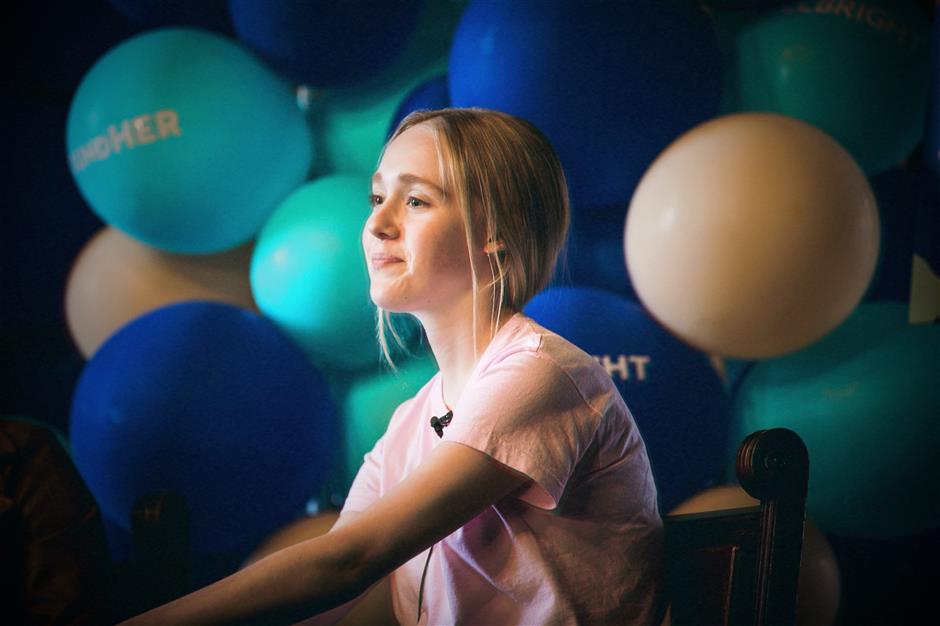 Now Jessup has more than 4,000 names in her database, which is updated regularly as names roll in and out of fashion.

“Naming trends evolve over time,” she says. “For example, in the 1970s, the name Lisa was incredibly common in England. Often there were six girls in the same school classroom with the name. In 2019, the five most popular names for girls were Olivia, Sophia, Ava, Amelia and Isla. For boys, the top choices were Noah, Leo, Oliver, Charlie and Harry.”

She adds: “All of these names are in my database. When I was born, my parents didn’t even give me a girl’s name, let alone a popular one, but now unisex names are becoming increasingly more popular. I try to keep that in mind when I am adding names to the database.”

English names have been popular with young people in China, especially in cities, since the country opened up to the outside world 40 years ago. Students are often required to pick up an English name for themselves in English classes, and white-collar workers with foreign colleagues often address each other by English names in the workplace. It is quite common for people in an office not to actually know the Chinese surnames of colleagues.

Some people believe that it is fashionable to have an English name, but for others it is a necessity because that the pronunciation of their Chinese name is too hard for foreigners to read in pinyin, much less pronounce. “Q” without “u” or names that start with “X” confuse them.

Then, too, having an English name automatically puts a full name in the same sequence as in Western countries, where the surname comes last.

“When I first arrived in the United States for study, I didn’t have an English name,” says a college student named Zhang Xizhe. “I found that I had to correct people all the time about the pronunciation of my name. So I decided to have an English name because it made for easier communication.”

Parents don’t give their children Chinese names lightly. They check dictionaries and sometimes consult Chinese astrology. When it comes to English names, they are more casual, even careless.

Young people who choose their own Western names often take names from English textbooks, movie and TV characters, or just random words they like the sound of.

Hilarious and weird English names often provoke lively online discussions. On zhihu.com, a Chinese question-and-answer website, the question “what are the weirdest English names Chinese people give themselves” has been popular since 2012. It now has more than 3 million views, 3,700 followers and hundreds of replies.

“You may not believe it, but one of my clients named himself Boring,” says Wang Lizhou, a personnel professional in the Internet industry. “Every time I write him an e-mail, I have to start it with ‘Dear Boring.’”

Similar discussions can also be found on the US website quora.com, where foreigners talk about bizarre English names they have come across in China, such as “Devil” and “Lucifer.”

There was one report that a company in the Pudong New Area ordered its employees to change any English names that might “give the company a bad image.”

Among the names on the taboo list were “Candy,” which sounded too sweet for a serious workplace, and “Lucky,” which sounds a bit more like a name for a pet dog.

Jessup said she has also encountered many comical names like “Rolex Wang” and “Gandalf Wu.”

A country’s names frequently reflect cultural traditions. In some countries, middle names are common. In other countries, people have only one name.

In the UK, says Jessup, “babies are often named after parents or grandparents, and names often have religious significance. That is why first names are referred to as Christian names.”

She adds: “Fashionable names, however, tend to be influenced by significant people such as prime ministers, actors, sports stars and other celebrities.”

Jessup says having an English name is common in China but not unique in Asia. She says she has also provided Western names for Japanese and South Korean clients.

“I am currently in conversation with a partner in Thailand, which will be the next destination for specialname.cn,” she says.