Pursuit of 'fursuit': animals as personas in trendy subculture

They wear animal costumes and greet each other like characters at a theme park. But this isn’t Disneyland. It’s a party for people who call themselves “furries.”

It’s all part of a subculture called furry fandom, whereby people give animals human traits. Technically called anthropomorphism, the current fad started in the West in the 1980s, drawing on science fiction, fantasy and cartoon genres.

The next major furry fandom convention, called Super Furry Fusion, is expected to be held next month in Shanghai. At the event, furry fans will wear costumes with an ID tag, give keynote speeches, perform on stage and exchange information cards to make new furry friends.

Furry fandom seems to be a growing culture. Some of its adherents even wear animal costumes on the streets. When there are no offline events, aficionados share their passion online, often communicating in “in-character” ways.

“People may find us weird because they think only children can enjoy animals behaving like humans, but many or even most of us are adults,” said a Canada-based Chinese furry who calls himself Felun. “I admit that it is kind of weird, but when I participate in events with my furry fellows and see people around us smiling, the happiness I feel is very real.”

He said that the furry culture is actually everywhere, especially in movies, TV shows and games. Even people outside furry fandom can name one or two popular furry characters, such as Judy and Nick from the Disney movie “Zootopia.” There are also great numbers of furry characters in Chinese cultural works. The Monkey King is one of them, technically speaking, he said.

“With the costumes on, you just transform into a new persona where age, nationality, skin color or sexual orientation don’t matter,” Felun said. “Furries can become friends as long as they share the same interests. That’s why furry fandom is very, very tolerant and inclusive.” 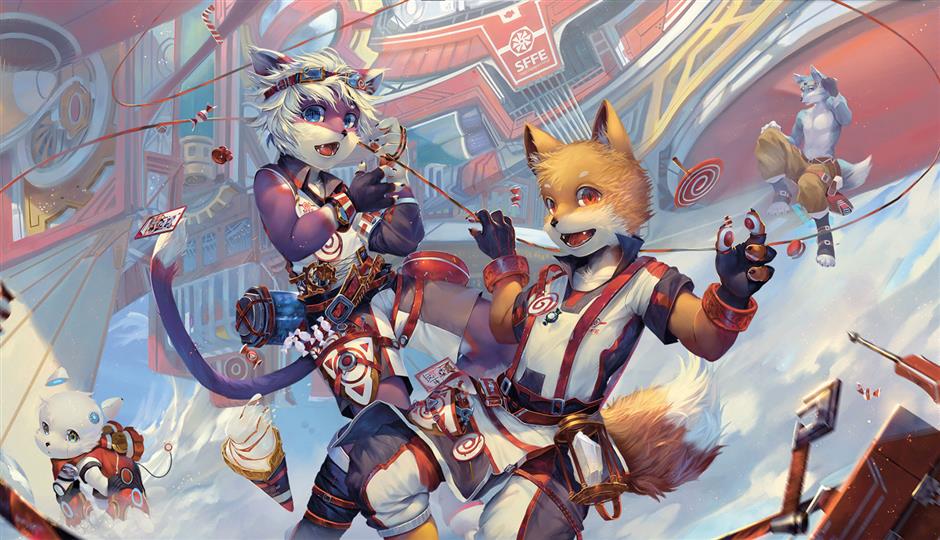 A poster for a former Super Furry Fusion convention. The next event is expected to take place soon.

For furry fans, however, the subculture means much more than just donning costumes. Each furry gives his or her animal image very distinctive characteristics, called “fursona,” which can be quite different from their own personalities.

To make each furry character unique, most furries design their own costumes. If they aren’t particularly artistic, they can pay professionals to make costumes for them, often at high fees.

Jenny Cao, a university student, said that her mother wouldn’t allow her to make her own costume, so she ordered one. She sketched the design she wanted — a black-and-white cat with blue paws — and then looked for costume makers online. The lowest quote she got was 1,500 yuan (US$211). That was fine by her.

“I know that the prices can be as high as 8,000 yuan,” she said. “And if you order from some popular Japanese workshops, it can be more than 20,000 yuan, and you might have to wait a year for delivery.

Therapist Xu Peng said that animals are a kind of “attachment” that every human being needs.

“Starting at birth, a person’s attachment gradually changes from mother to friends or lovers, but the route of change varies for everyone,” he said. “In fact, nearly all people become familiar with personalized animals when they are young — from fairy tales, movies or TV shows. Some of them develop the kind of attachment that remains in adulthood.”

Xu said that role-playing in furry fandom can be a safety valve for stress.

“We may also play a role, voluntarily or not, that conceals our true selves,” he explained. “Furries with ‘fursonas’ they design for themselves can more easily slot into a role. It’s a kind of healing.”

However, that can lead to a skewed sense of reality and the virtual world.

“Every time a furry convention ends and I return home, I feel kind of lost,” Cao said. “The happiness I get from the event feels unreal, and I can’t wait to attend the next convention. But I do get comfort from my fellow furries because I know that their caring about me is real.”

What else is Z generation up to?

There are mundane hobbies, and then there are hobbies that raise eyebrows.

For Langge, a university student, his biggest hobby is spinning pens. Well, many of us unconsciously spin pens we are holding, but Langge and others take it a step further.

“I started to spin pens when I was in junior high school, and I call it an extreme sport for fingers,” he said.

Langge has a bagful of pens specifically designed for spinning. Some he bought; others are refitted from common pens. The pens are usually thicker on both ends and thinner in the middle so that they balance better between fingers.

They are expensive. On e-commerce platform Taobao, a pen with the brand name Menowa BT Mod claims to be specially designed for pen-spinning rookies. It costs 190 yuan (US$27). Some limited editions of pens are priced at more than 1,000 yuan each.

“Many people say pen spinning is stress-relieving, but that’s not the case for me,” said Langge. “Sometimes I practice to the extent that I just want to throw the pen out. But you can make new friends through this activity, and that’s why it makes me so happy.”

Apparently, there are enthusiasts like Langge all over the world. This year, 88 teams from 11 countries participated in a “world cup” for pen spinning. Entrants uploaded their videos onto a designated website, and judges graded them according to difficulty, creativity and degree of completion.

Moving on from pens, young girls in China have developed a special fashion trend called JK, which is an acronym for joshi kosei, or “senior high-school girls” in Japanese.

The fans in China, of course, don’t attend school in Japan, but they are nonetheless fascinated about the Japanese girls’ school uniforms.

The style is more complicated than you might expect. Usually, the uniforms are some variation of sailors’ uniforms or business suits, and there are different styles for different seasons. 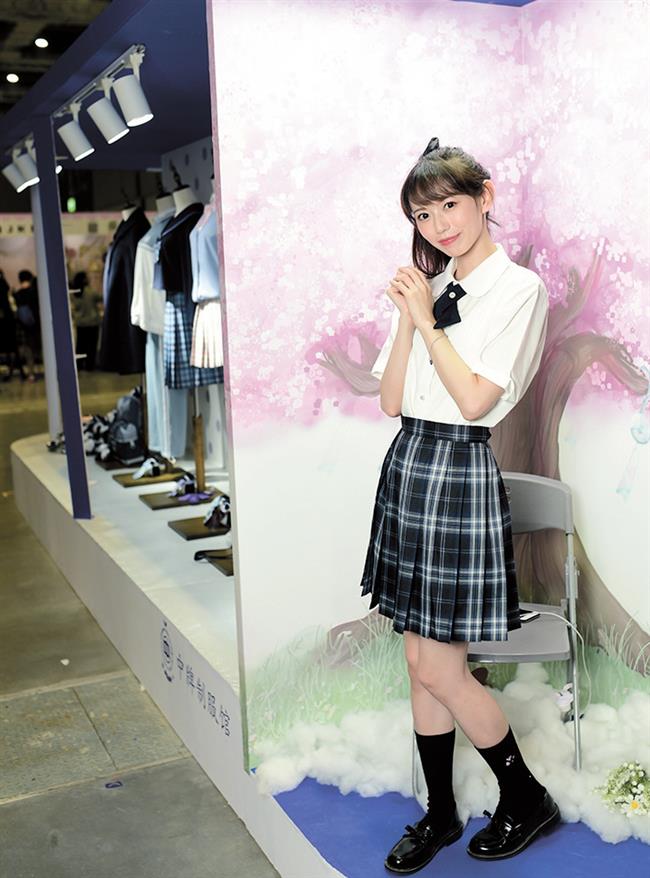 JK fans are fascinated about the Japanese girls’ school uniforms.

Tips for JK newbies are everywhere online, teaching girls how to pick a suitable uniform.

“There are a lot of things to learn,” said Kiki Cheng, 23, a white-collar worker who dresses like a Japanese high-school girl on weekends. “For example, uniforms from different areas have different styles of collars and sleeves.”

Cheng said that sometimes famous designers in Japan are invited to design school uniforms, which are circulated in common markets outside schools. However, it is not easy to buy made-in-Japan uniforms, so most JK fans in China wear domestically designed imitations.

“I became a JK fan because I didn’t get such beautiful uniforms when I was in high school,” said Cheng.

“It is a kind of compensation. And you have to admit, wearing school uniforms can make you feel young again.”