What comes to mind when you think of kung fu? If your mind is filled with images of Shaolin monks, Bruce Lee, jaw-dropping stunts or Kung Fu Panda, you wouldn't be wrong. But for Laurence J. Brahm, an American documentary filmmaker, the first thing that springs to mind is the concept of non-violence.

"Wushu, the official Chinese name for kung fu, has been translated into 'martial arts' in English. Martial means military," Brahm told a roomful of people attending the premiere of his latest work, "Searching for Kung Fu."

As Brahm explained, if you break down the character "wu," it consists of two characters: one is "ge," meaning dagger-axe; the other is "zhi," meaning to stop. So, the meaning of martial arts in Chinese is not the "art of fighting," a notion that many people take for granted. On the contrary, he said, kung fu is the art of stopping fighting, the art of non-violence.

In the movie, Brahm takes the audience on a kind of pilgrimage, inviting them to accompany him as he travels to a host of historically important locations in search for the origins of kung fu.

Beyond that, Brahm delves into the principles and values embedded in this Chinese cultural legacy, which dates back thousands of years but retains its enormous influence and attraction to this day.

Get to the root

The decision to produce "Searching for Kung Fu" was not impulsive. Brahm has a fourth-degree black belt in karate and has been practicing various Chinese kung fu styles for more than 40 years. The movie is the culmination of his passion, insight and discoveries.

Brahm's relationship with kung fu dates back to the 1970s when he was a karate student in Hawaii.

"My master always told me that if you want to fully understand karate, you have to go to Shaolin in China. That's where the origin is," Brahm said. "Karate was developed in Okinawa under the influence of both Northern and Southern Shaolin. I wanted to get to the root of it."

This intention, to go to Shaolin and learn about martial arts, saw Brahm travel across the Pacific Ocean to China.

In 1981, two years after China and the United States established diplomatic relations, Brahm landed in Tianjin, north China, becoming a student at Nankai University. Later the same year, he managed to visit the Shaolin Temple for the very first time.

Today's Shaolin, situated at the foot of the Songshan Mountain in central China's Henan Province, is somewhat of a shrine to kung fu. Hundreds of thousands of martial arts practitioners, fans and other adventurers visit every year.

"But at that time, very few people were there training in martial arts. I discovered that there were many masters out there, but they were quiet. People were learning, but it was very hidden. People were just beginning to reawaken to their own culture and the martial arts," Brahm reminisced.

He retreated from the mountain, a little disappointed at not finding the martial arts paradise he expected. But his passion for kung fu and his desire to find out more were stronger than ever before.

Over the following decades, he spent time as a lawyer, government advisor, explorer and film director, actively participating in and recording China's development.

Throughout the years, there remained one constant: his commitment as an avid student of kung fu, spanning tai chi, Wing Chun, Jeet Kune Do, among a host of other forms, learning under some of the best kung fu masters in China.

"I trained in many different styles over the years to understand all of them," Brahm said.

The thought of making a documentary about kung fu had been in the back of Brahm's mind for years. In 2018, he found a producer, and the dream became a reality. 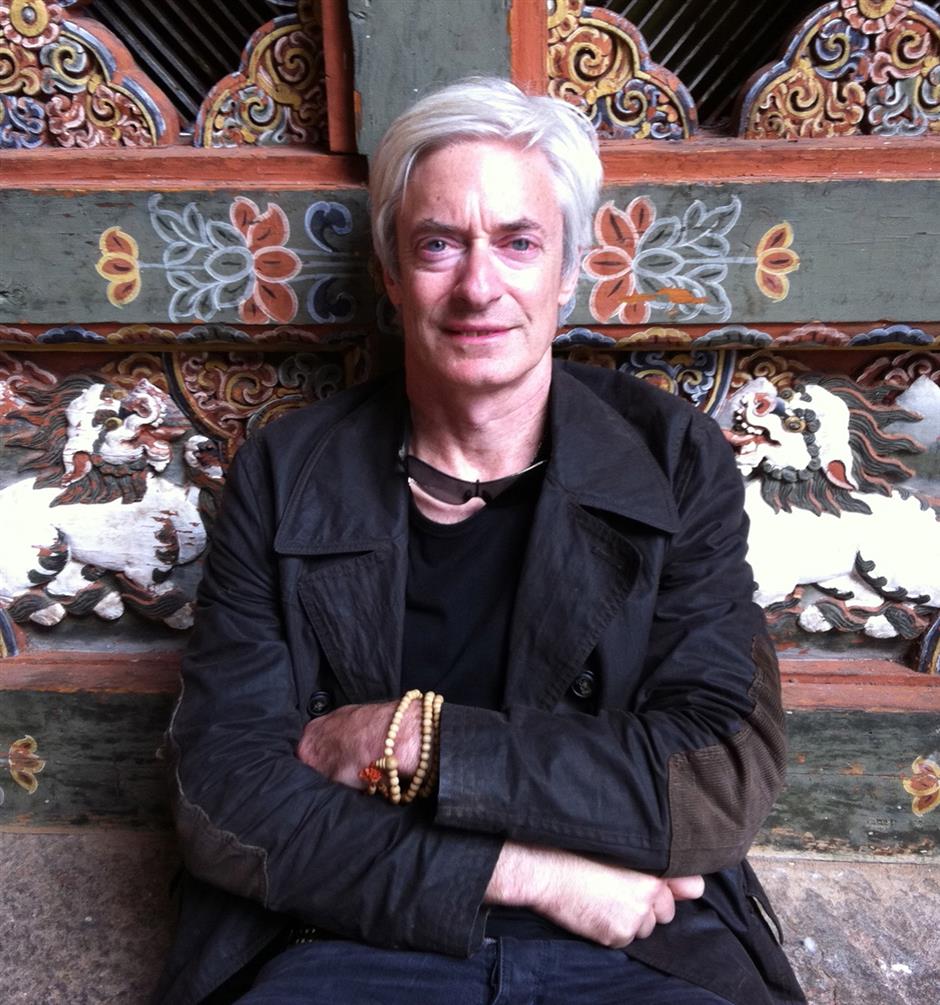 Filming started in May 2019, with Brahm and his team traveling to several locations: Shaolin Temple, the origin of a large variety of forms of kung fu; Chenjiagou Village, the ancestral home of Chen-style tai chi; and Jingwu Town, the hometown of kung fu legend Huo Yuanjia. He also took in several other locations around China that have some significance in the story of martial arts.

"I think, to me, what's really important was going back to Shaolin," Brahm said. "There was almost a reason for not wanting to go back. I had to wait for the right time."

This time, he said he was "really happy" to see Shaolin rebuilt and martial arts thriving. He spent time with Shi Deyang, the 31st lineage holder of Shaolin kung fu.

"You know, to be with him over those days in Shaolin, to be able to train with him, work with him, talk with him, and look at the origins -- we went up to the Bodhidharma Cave and practiced up there -- this is a really important moment in my life," Brahm said.

"We found out that taekwondo, karate and many many different styles all recognize that Shaolin is the source, and it goes back at least to the Yuan Dynasty," Brahm said, citing written records in the Pagoda Forest at Shaolin Temple showing that people came from other countries to visit hundreds of years ago.

Daily kung fu practice has long been routine for Brahm; it is the way he greets the day.

He recalled how he could not use one of his legs for about two years around 2010, and had to walk with crutches and a cane. However, by practicing martial arts, "very, very slowly" at the beginning, he was able to recover step by step.

But to him, Kung fu's charm and values are far more than that.

In making his film, Brahm has looked into a dozen different forms of kung fu, interviewing many masters and scholars in the process. He has combined this knowledge with his own experience as a practitioner and tutor to extract 12 key principles and values of the martial arts: perseverance, roots, loyalty, respect, harmony, change, balance, centering, emptiness, flow, pragmatism and non-violence.

Kung fu movies have a massive fanbase around the world, not just because of the fight scenes, but also because of the wisdom, philosophy, morality and strategy within the movies, according to Brahm.

"I'd like to share these values and wisdom with the whole world, because I believe that they are universal and can be used to handle the challenges people face today," he said.

Brahm hopes his movie can help build bridges and understanding across nations and among people.

He makes use of vivid examples to illustrate the values that he has identified. "Of all the martial arts I've learned, all styles, we always start with a defensive move, never to strike. And I think that's the essence of it. It's not about hurting someone. It's about preventing violence," he said.

"Kung fu practitioners salute with 'baoquan,' literally meaning 'fist wrapping.' The common etiquette shows two things at least. One is you have a fist, but you're also not using it. And then you're showing 'I have no concealed weapons. I have nothing to hide.' It's trust."

"Whenever a person goes to a martial-arts dojo, they must abide by the values -- respecting teachers, classmates and heritage. The martial arts community has this concept of loyalty and respect. It's a very high standard," said Brahm.

"All of the martial artists, the ones that are really, really good, are very peaceful people. They will not pick a fight. They will avoid a fight at all costs. When you know how to use force, you are the last one to use force, because you know the outcome of this thing."

"Kung fu, in my eyes, is a mirror of Chinese culture," Brahm said. "The traditional values of kung fu, actually, are in the minds of all Chinese people."

"China adopts a policy of not wanting to have conflict with other countries. Why does China want to be in harmony with other nations? It's part of the psychology of the Chinese people. It's also national psychology."

Brahm also believes that today's world urgently needs to restart equal exchanges between countries without stereotypes, and that culture and sports, such as kung fu, can serve as a great channel and platform.

"In the same way, ping pong as a cultural and sports exchange opened relations for China with the west in the 1970s, kung fu can become the new cultural diplomacy of our time, bringing people together in mutual sharing of skills and culture, and furthering respect and understanding."