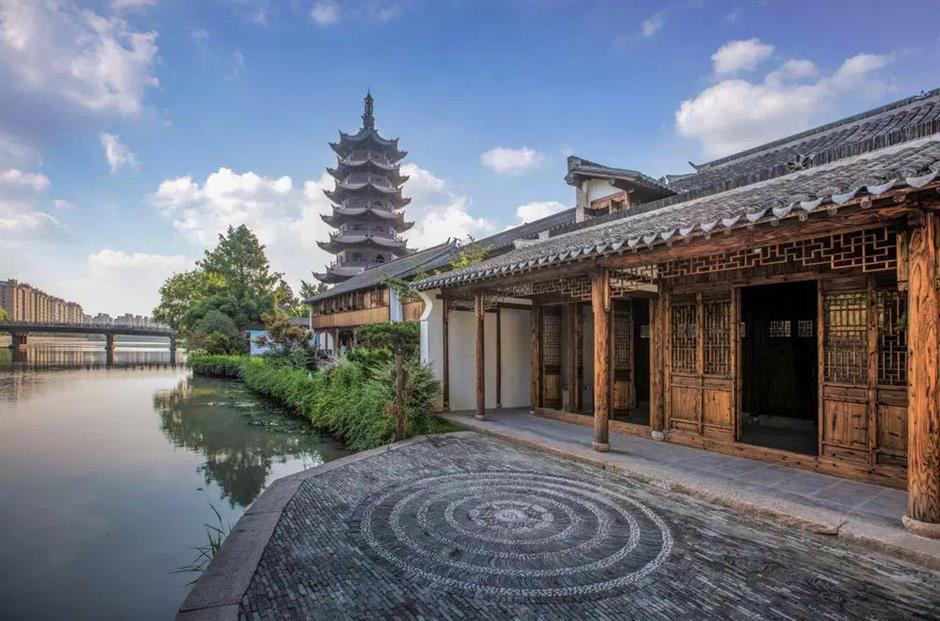 Rich with old relic houses that are all in the final stages of renovation, Sijing Ancient Town is reopening to the public.

A stroll along the old street of Kaijiang Road that runs through the town will take people back to days of yore and the wooden and brick-laid houses still as true as they were 100 years ago.

The renovation project has been running for almost five years, and strict preservation regulations have been applied according to traditional Chinese architecture methods.

Every original old brick from the houses has been numbered for correct replacement and if they were too broken to be used again, the construction team travelled around China to find traditional kilns that still produce handmade bricks.

Old wooden beams and pillars have been repaired, strengthened and repainted by experienced carpenters, and old tiles have been cleaned, fixed and re-carved.

Some of the old houses have been transformed into a bookstore, coffee shop, tearoom, craft studio and comics gallery, and are now open for business. 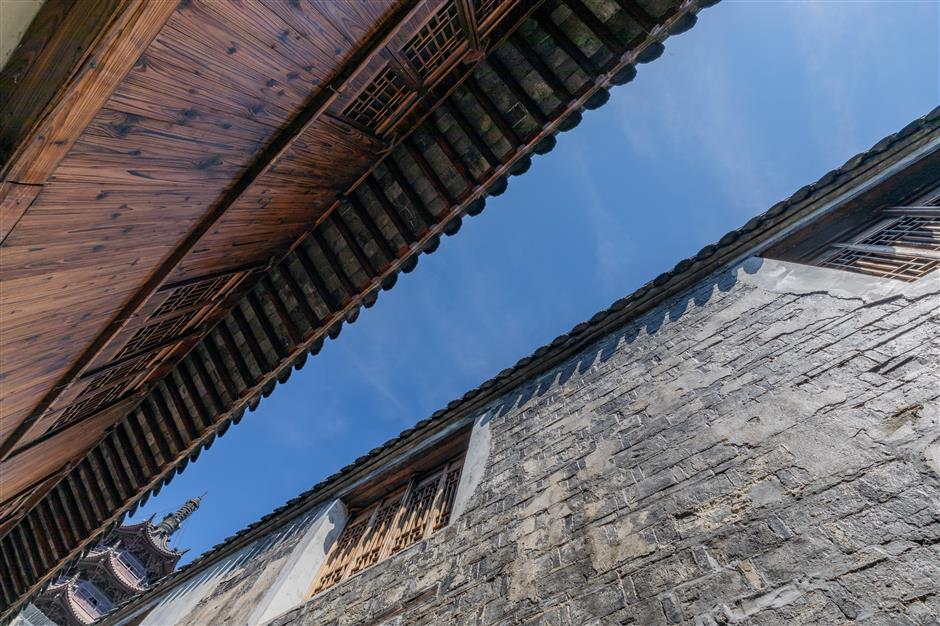 The sky viewed from a narrow lane in Sijing Town 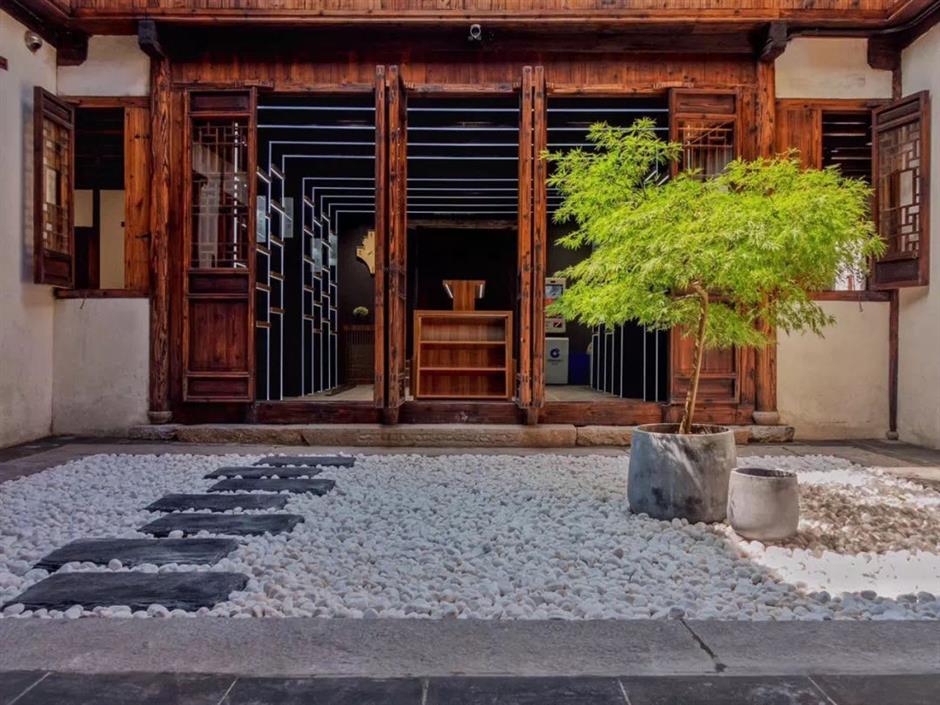 A courtyard paved with cobblestones and slates

Sijing, which dates back to the Song Dynasty (960-1279), was named for its meeting point of four (si) major rivers (jing) and many canals, streams and ponds. The centuries-old town in the classic layout of a typical water town on the southern bank of the Yangtze River is abundant with stone bridges.

It was one of the first five towns listed in 2012 by Shanghai in the first Traditional Chinese Villages Catalogue. In 2013, the town's Xiatang Village was listed in a national protection project involving 646 historic villages.

Ma's house, built in the 1700s, has five halls and four gardens, covering an area of 850 square meters. Prior to being renovated, it was used as a warehouse, village activity center and highly partitioned residence.

Ma is revered as a progressive educator and founder of the prestigious Fudan University. His illustrious students included Cai Yuanpei, who later became head of Peking University, and Yu Youren, a high-ranking official in the Republic of China (1912-49).

He is remembered as a man of great compassion and patriotism. In 1900, he returned to China from Europe, where he learned Western culture and ideas, and devoted 200 hectares of Songjiang farmland he inherited from his family as the site for what would become Fudan University. His one-time residence in Sijing Town is located at the end of a lane off Kaijiang Road M.

His home is restored with numerous exhibits, documents, photographs and the books he once read in his early years, tracing Ma's life and accomplishments.

A few steps across the street is the Xinhua Bookstore opened in Guan's old house. Behind the heavy wooden front door, the first two traditional Chinese design courtyards, with white-washed walls, grey roof tiles and ever-green pine trees, make a cozy space for reading with a handmade latte.

Further into the third courtyard is the studio of Shanghai Institute of Visual Arts, where artists display their designs with Sijing elements, drawing inspiration from the old town's bricks, cobblestones and rippling waters.

The preservation center and practice area for Sijing Town's drum and gong music, a national intangible cultural heritage dating back more than 300 years, is in a riverside relic house.

Each performer is required to master at least two instruments and play them in turn in one performance. As everyone is versatile, the band can be flexible, ranging from just seven people for chamber music to more than 20 in a concert hall.

Different sound effects are generated if a performer beats different parts of a drum at different strengths. Drum and cymbal sticks are often made of heavy wood to create a short, deep sound and strong, clear beats.

With the renovation and development project started five yeas ago, it has taken the town years to draw up a redevelopment plan that balances heritage protection and economic growth. Business opportunities flooded in, ranging from fast-food chain store to pub and restaurant, but the town turned them all down. 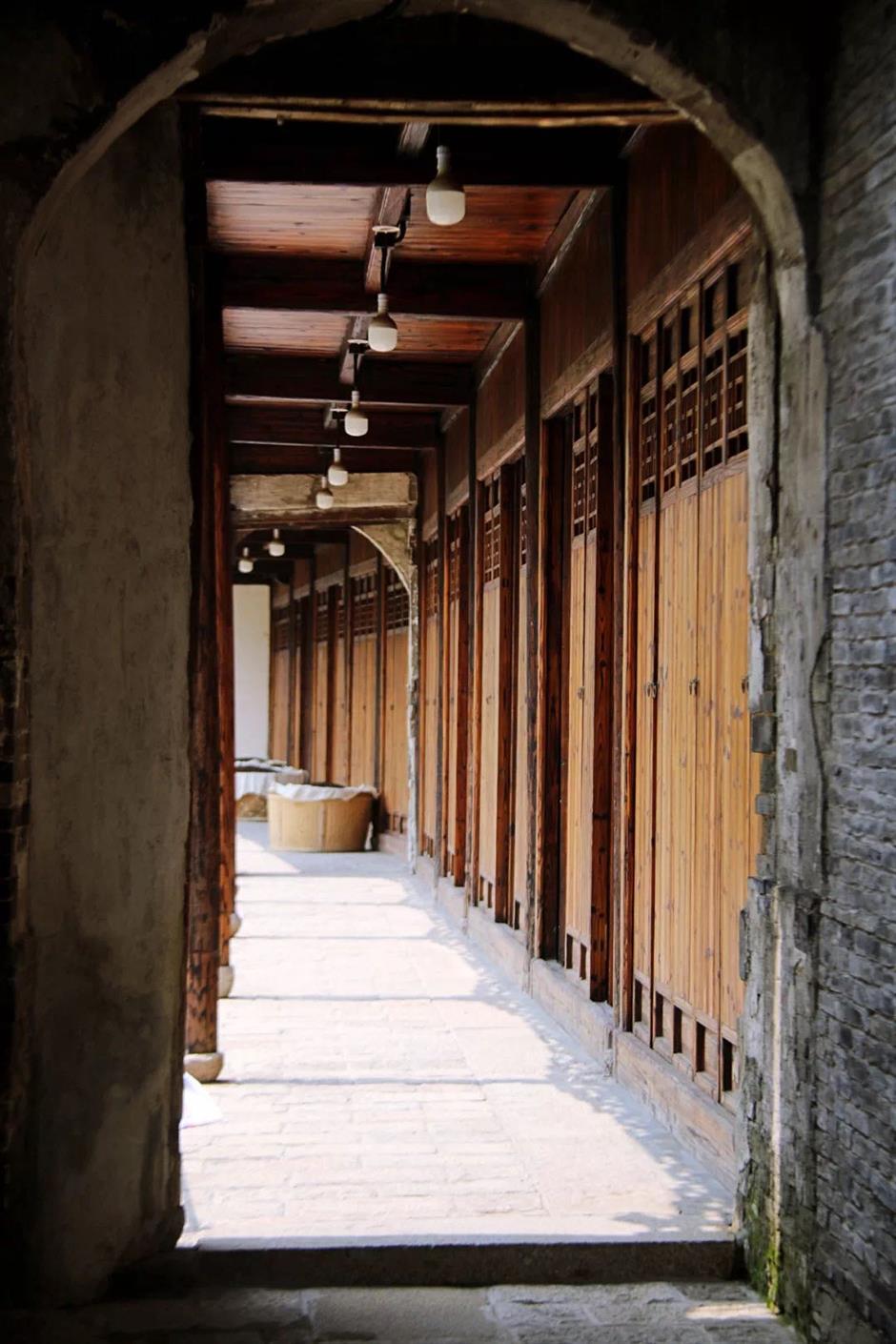 An arch-like gate leads toward a sunshine-lit corridor. 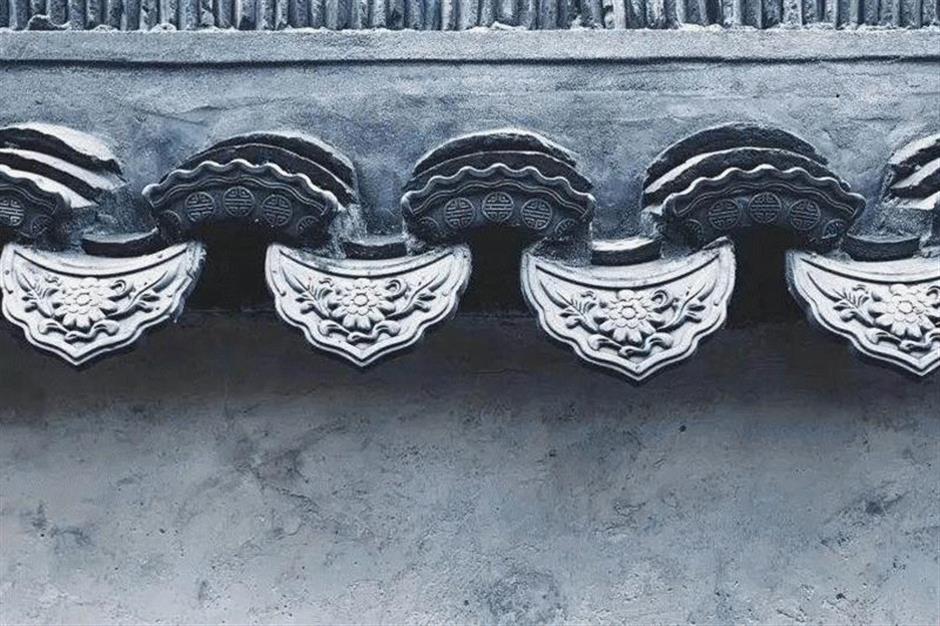 Delicate carvings on eaves of some ancient houses

"The old town shouldn't be another commercial street that we often see in some tourism sites," said Luo Min, office director of Sijing Old Town Protection and Redevelopment Management Committee. "We want to make it elegant and classic, enriched with profound historical culture."

The town has its own blueprint that rejects all noisy, polluting and no-visitors-allowed businesses. "The door of every old house in the town should be open to the public, thus making Sijing's history accessible and readable," Luo said.

Four shops in the first batch that have settled in have set the keynote for Sijing's future. They are the art center of Wu-style guqin (a seven-stringed plucked instrument similar to the zither) in Jiang's old house, the Xiao Lin Comics Gallery and Reading Space in Ding's old house, the Xinhua Bookstore in Guan's house, and a tea culture research center in Cheng's relic house.

In the next phase of redevelopment, catering and accommodation projects will make the most of the old town's qualities, such as the time-honored local snacks guangli zongzi (rice dumplings), Sijing steamed buns and aliu sweet dumplings.

The aliu dumpling is not easy to make and is available only in venerable restaurants. Quality rice is ground into a fine powder to make the dumpling. The meat filling is lean pork, minced and flavored with sesame oil and meat soup gelatin. Take a bite and you can feel the gelatin suddenly melt in your mouth.

What hasn't changed much in the old town is Anfang Tower, the tallest building on the old street. The octagon-shaped structure is more than 35 meters high. On its seventh floor, a Buddha statue sits as protector of the area and its residents, silently blessing the town's future. 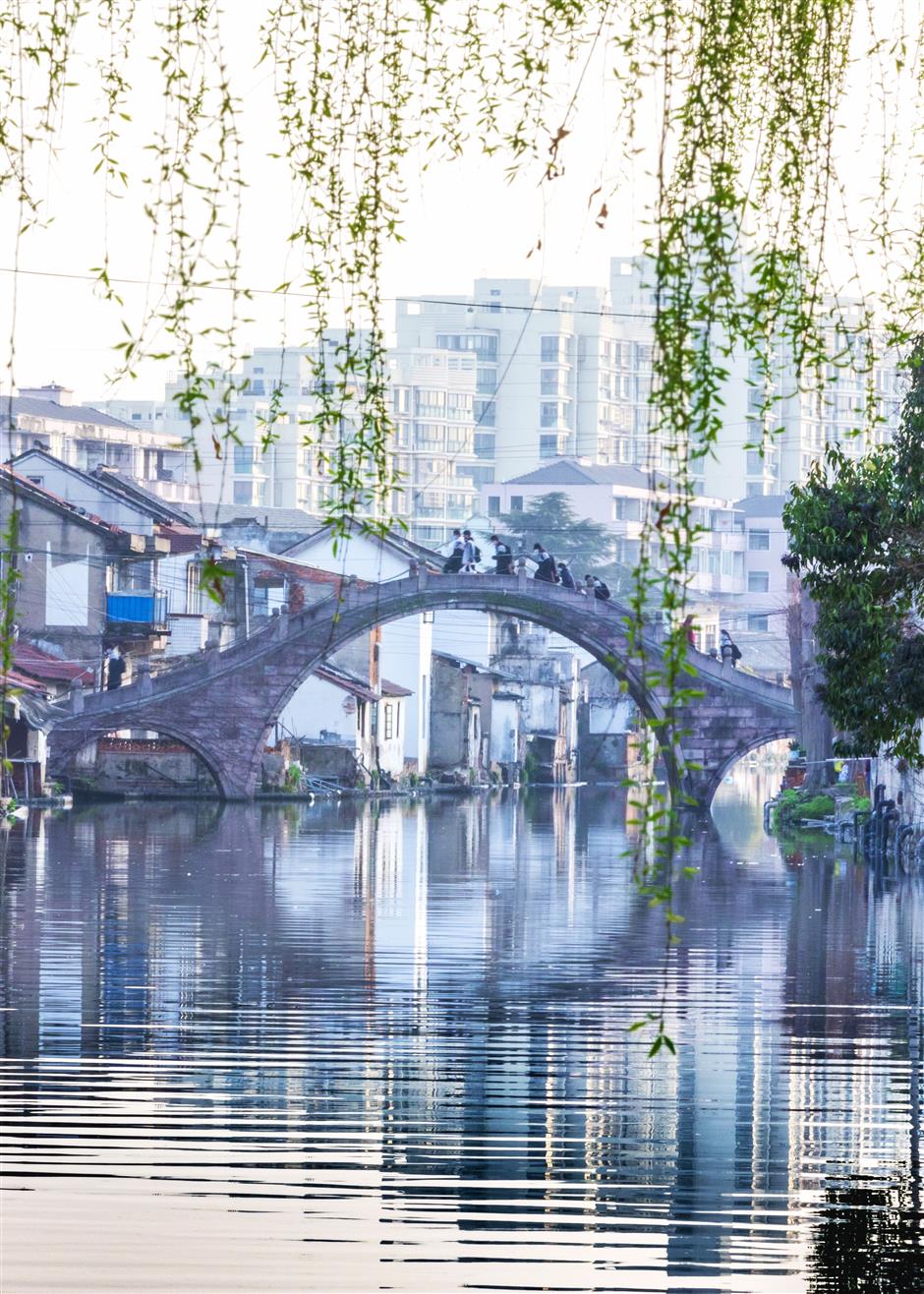 Sijing is renowned for its ancient bridges and rivers lined with houses. 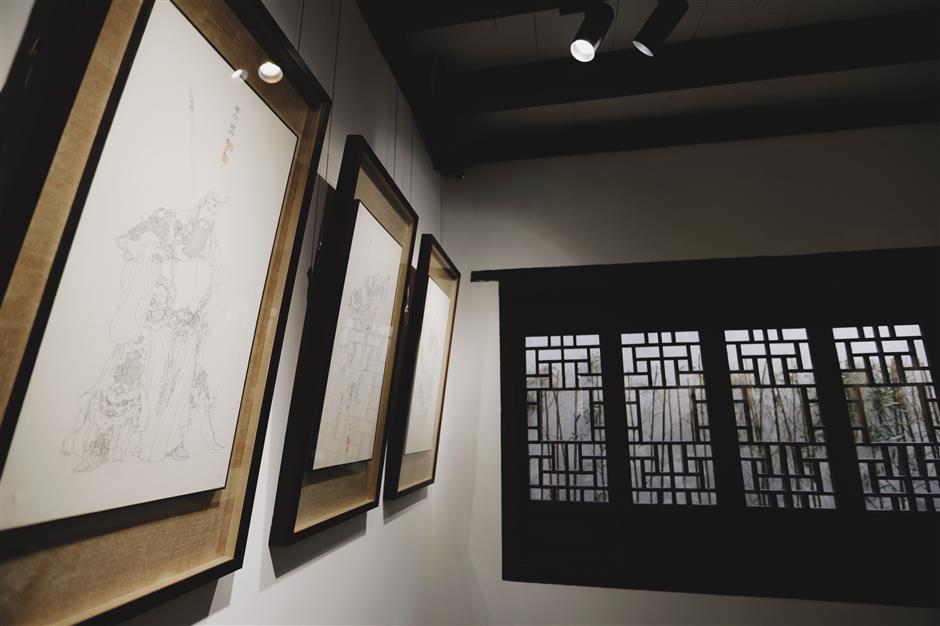 Art exhibitions are held at some of the town's old residences. 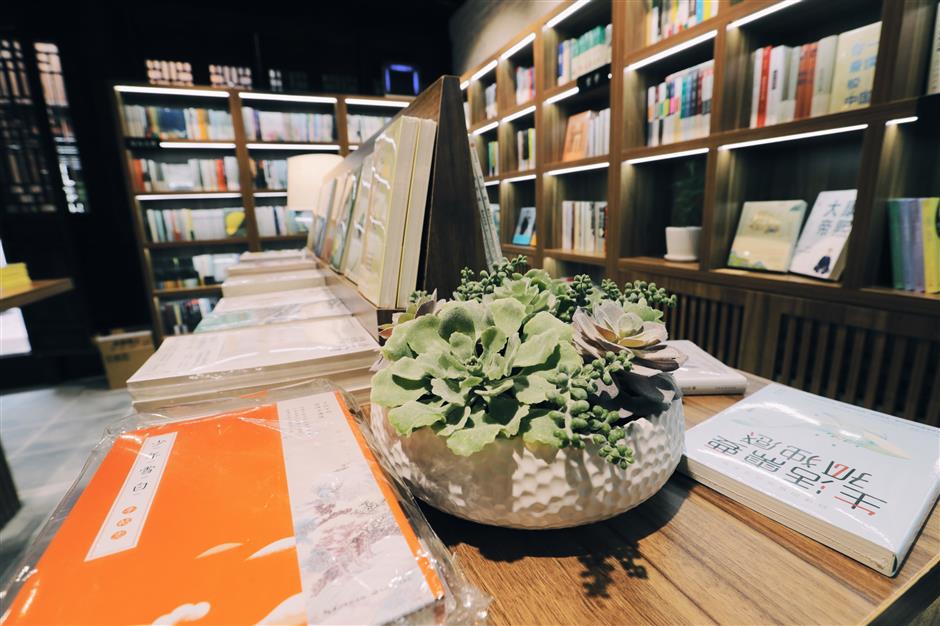 The Xinhua Bookstore in Guan's house offers bookworms a good place to linger around.