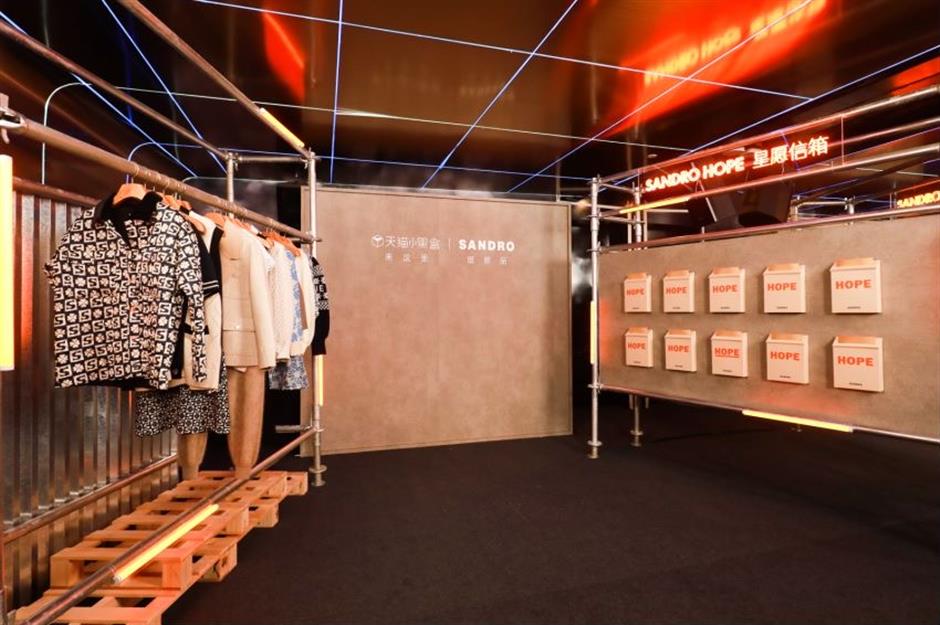 Sandro has launched its 2021 Fall/Winter Collection in collaboration with Tmall's Hey Box.

With a "Hope and Love" theme, the new collection delivers the essence of cool and chic urban Parisian spirit, especially in the post COVID-19 era, with five new designs and four best-selling series, now available on Tmall.

Its signature S LOGO series has made its come-back, representing the revival of old-fashioned prints, while tailored collars make the preppy look both sweet and cool. Daisy patches echo with autumn breezes, and the printed letters of HOPE on garments cheer up people to explore the hope, love and light in their own daily lives.

Their performances were live streamed on the official Tmall channel, while fashion bloggers and influencers invited to the launch simultaneously interacted with fans and consumers on various social network platforms.

The launch clearly showed the European fashion brand's ambition to reach China's Generation Z (born after 1995) through the digitalized social media they've grown up with.