A time capsule to Shanghai of yesteryear

Shanghai is a city that never sleeps. Its dynamic life goes on beyond the daylight hours, but what was the nightlife like 30 years ago? Through the lens of photographer Wu Liqiang, we get a glimpse of the city's previous nightlife.

The city's nightlife in the 1980s and 90s wasn't very rich, with only one or two discos open to foreigners, and almost every restaurant closed at 8pm. But the scene at night schools was totally different – classrooms were illuminated and filled with youngsters who set out to change their fates through education.

In the late 1980s, Shanghai's industrial structure underwent great changes. Many factories were moved to other parts of the country. Facing the challenge of job transfers, young workers experienced mid-career crises. To improve themselves, many studied at night schools after work. 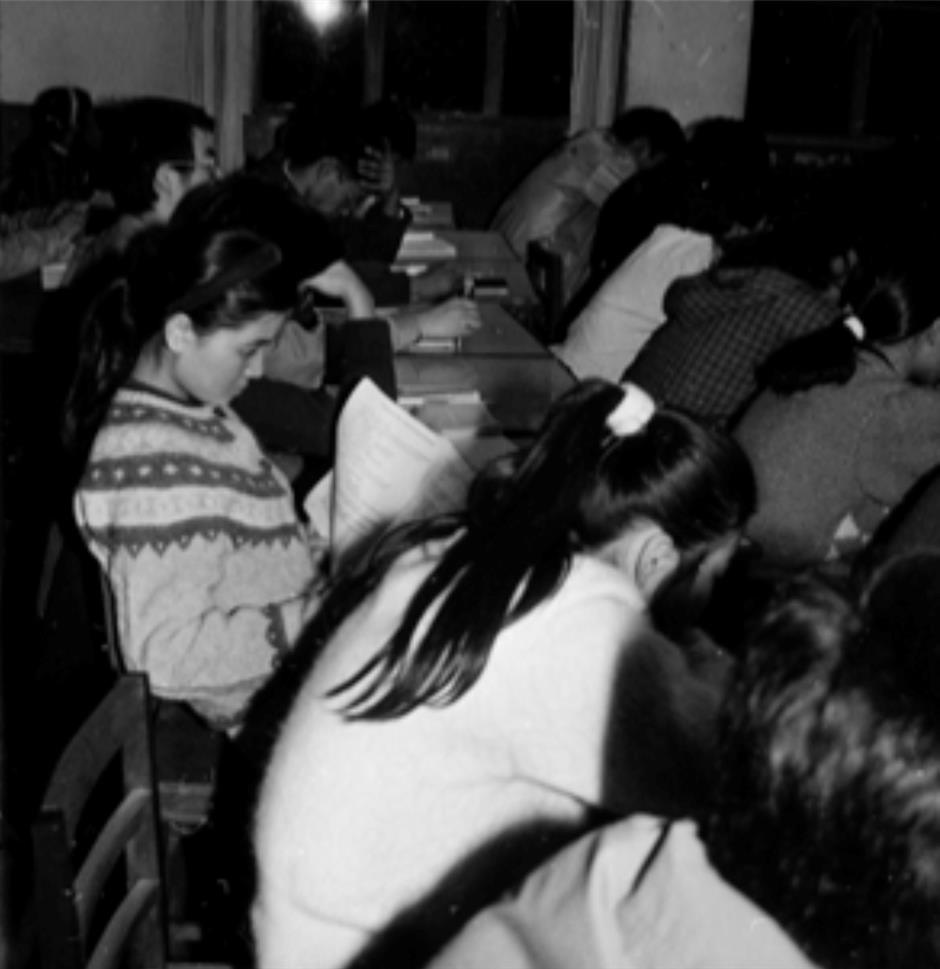 Young people took night classes after work in the 1990s.

Most young workers got off work at 4:30pm at that time. After having dinner at their companies' canteens, they rushed to night schools to learn subjects like English, Japanese and cooking.

According to Wu, many people learning English planned to study abroad in Australia and the United States. Meanwhile, those learning how to cook would study at language schools in Japan, but their real intention was secretly working part-time jobs at local restaurants to earn money.

It is said there were only 285 people in Beijing who took the Test of English as a Foreign Language (TOEFL), a compulsory test taken by people applying to universities in America, when it was first given on the Chinese mainland in 1981. The number surged to 8,000 in 1985 and 18,000 in 1986. By the 1990s, people often needed to stand in line all night to register for the test.

The night classes normally began at 6:30pm and ended at 8:45pm. After school, empty bus stations were instantly crowded with people and the streets became bustling again, echoing with the rings of bicycle bells. 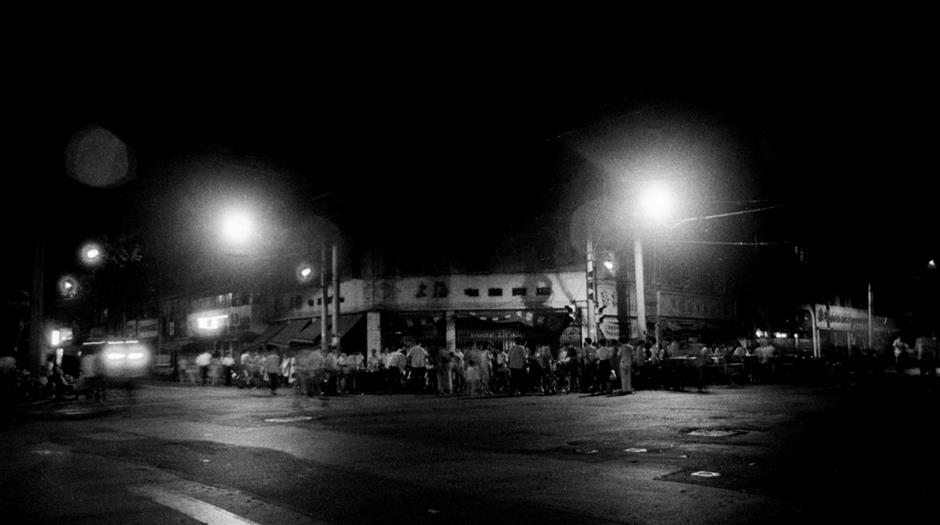 The city's first roadside night food market was located at the junction of Shaanxi Road S. and Huaihai Road M.

The location of the market was special. Huaihai Road M. forms part of the boundary between Luwan District, which is today's Huangpu District, and Xuhui District.

If the chengguan, or urban management officers, from one of the districts showed up, vendors would quickly move their stalls across the road – outside of their jurisdiction.

To improve the city's environment, the chengguan of both districts later carried out joint enforcement. The night food market gradually disappeared, but now there are many late-night restaurants in the area.

The reform and opening-up policy introduced in 1978 not only pushed the Chinese economy forward, it also had great impact on people's material and spiritual lives.

Since then, Shanghai Radio Station extended the broadcasting time for overseas music from 30 minutes at noon and in the evening to the entire day. This gave people the opportunity to listen to pop songs from Taiwan and Hong Kong as well as Western countries.

People could find Coca-Cola in food stores and Marlboro advertisements on the streets, while shampoo and shower gel were used by an increasing number of families.

Influenced by Western culture, many youngsters embraced the holiday spirit during Christmas. Meanwhile, family dance parties were beginning to surface. 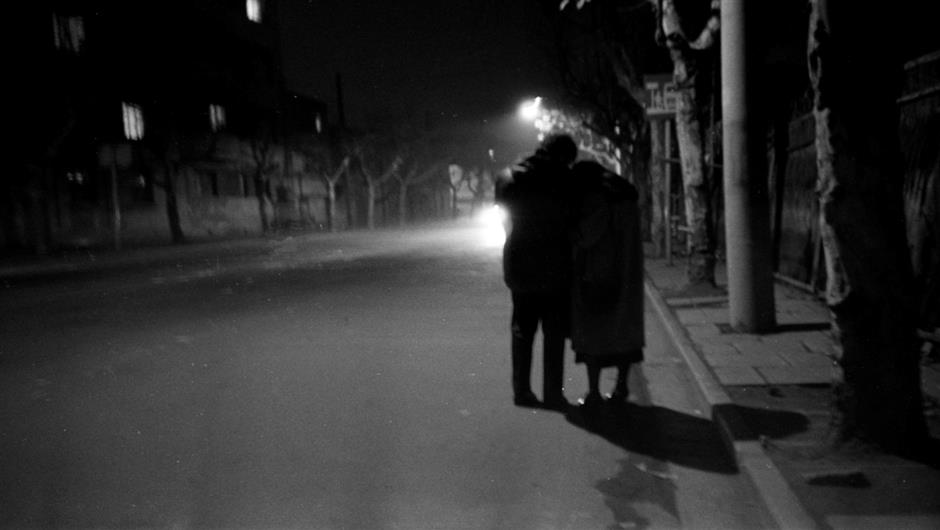 Taking the girl home is a must after a night's dance.

Wu recalled a mechanic at a textile machinery plant surnamed Zhang. His uncle living in America sent him a cassette tape of Kenny Rogers, an American singer and songwriter whose fame spanned multiple genres – folk, pop, rock and country.

Zhang invited his male friends to his home on a weekend evening to enjoy the music together, which, in fact, was an excuse. The young people's real intention was to dance with their lovers, or more frankly, have physical contact with them, which wasn't easy in an era when people of opposite sexes staying in hotels together required marriage certificates.

Zhang's home was located on the first floor of a shikumen (stone-gate) house near the intersection of Changle and Fumin roads. After having dinner and dressing up, the invited young men picked up the girls they liked on their bikes and rode to Zhang's home.

The considerate Zhang made thorough preparations for the party. He laid out a tablecloth and decorated the table with carnations, candles and the glassware left by his grandfather from the era of the Republic of China (1912-49). He also made black tea and coffee, and purchased pastries from Harbin Food Factory.

What's more, Zhang turned off the lights and drew the velvet curtain to create a dark and romantic mood.

At the beginning of the party, the youngsters seemed to be reserved, simply chitchatting while drinking beer and listening to music. After warming up, several brave young men asked girls to dance. The type of dance was called "cheek to cheek."

It was a winter evening. The room temperature was low since the house wasn't equipped with an air-conditioner. However, the chilly temperature forced the lovebirds to hug more tightly. Gently moving in closer, some couples began to kiss.

Along with the music, there was another sound – the rustle caused by the rubbing between the dancers' nylon-made jackets. The funny sound didn't affect the romantic atmosphere at all.

When the lights came on, it was time to say goodbye. The young people would usually exchange their contact information. Before leaving, Zhang asked everyone to eat soothing rice dumplings to combat the cold weather.

He also reminded his male friends they had to take the girls home before going back to their own homes.