A trip to Chinese New Year of yesteryear 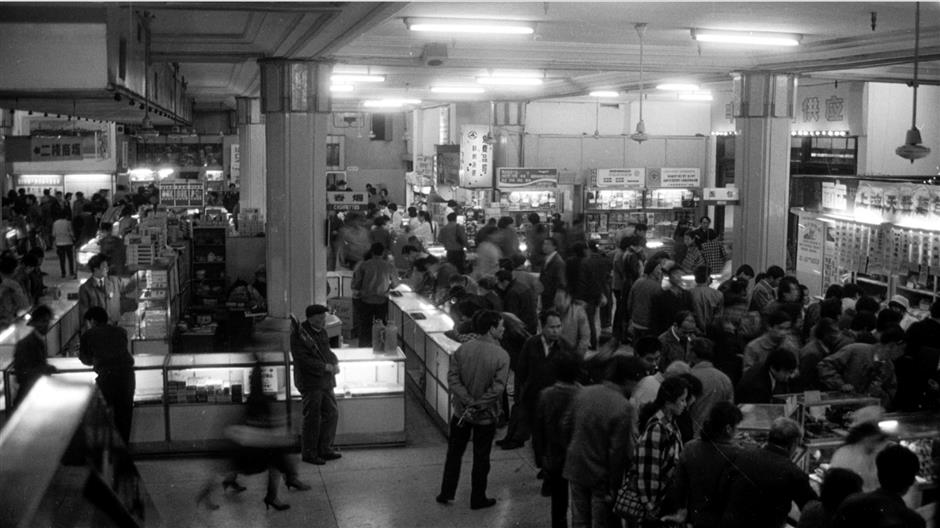 People crowd into the Shanghai First Food Store to do New Year's shopping.

Chinese New Year is coming very soon. Have you prepared for the most important of all Chinese festivals? If we travelled back in time to the 1980s and 90s, we would see the bustling scene in longtang (lane) where people were getting ready for the reunion dinner several days before Chinese New Year's Eve.

For many local families who trace their roots back to Zhejiang Province, one of the must-have dishes for the reunion dinner was dried and salted eel, which is called manxiang in Chinese.

The peak season for eel fishing is the 12th month of the lunar year. After asking their relatives in Zhejiang to buy fresh marine eels, the families made manxiang by themselves.

Running a knife along the fish's body, they opened the more than 5 kilogram fish, removed its guts with their hands and used cold water to rinse out what was left. After spreading a layer of salt and pouring Chinese liquor on it, they hung the fish in the lane to catch the winter sun and wind along with strings of cured meat and sausages.

The salty and meaty aroma signified that Chinese New Year was approaching.

Tangyuan, or glutinous rice dumplings, is another must for the reunion dinner, symbolizing the virtues of unity and family togetherness. Black sesame seed paste is the most popular filling. Unlike the delicacy today that's available in supermarkets, the dumplings were often made by local people in the 1980s and 90s.

The glutinous rice needed to be soaked in water overnight before being ground with a hand grinding mill, which people living in the same neighborhood shared with each other. The rice milk was poured into cheesecloth, which was hung on a laundry pole to drain the water. After mixing glutinous flour with water, people kneaded the dough into a smooth ball.

After melting lard in a pan and adding sugar and ground sesame seeds, people stirred it to form a thick paste that was divided into several portions and spooned into the center of the round before rolling it into a ball. 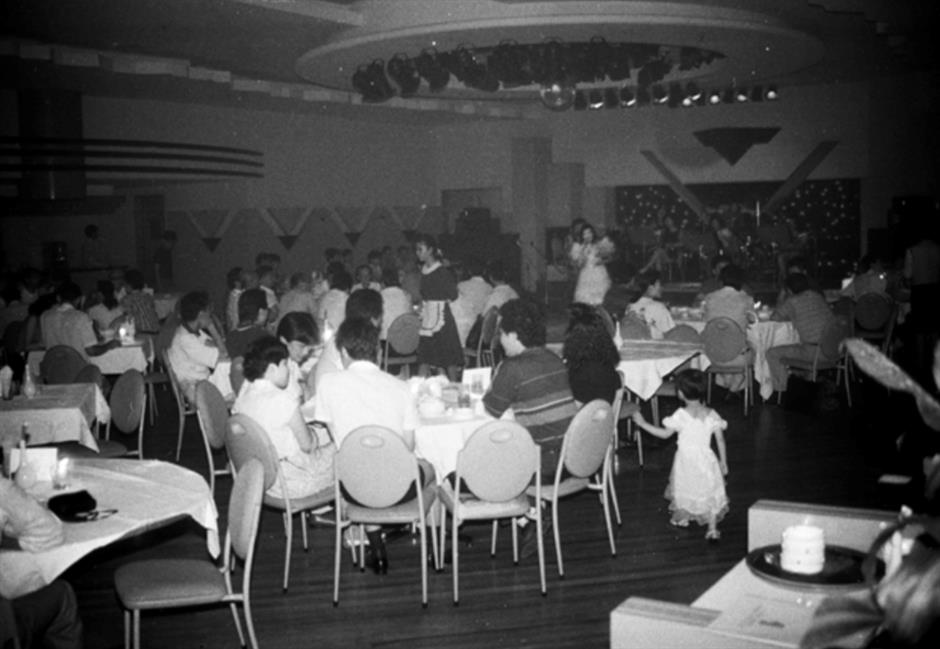 People have reunion dinner at a restaurant on Zhapu Road in 1991.

Although having reunion dinner at home was the only choice for most families in the 1980s and 90s, some well-off people began having the meal at a restaurant.

Zhapu Road is one of the most famous and earliest food streets in Shanghai, and restaurants were busy during the holiday season.

To show off his wealth, the host of the dinner would order a dish of steamed turbot. What's more, he would pull out a packet of foreign cigarettes from his coat pocket such as Marlboro or Kent and share them with others.

According to photographer Wu Liqiang, French red wine entered the local market at the end of the 1980s with the appearance of a special recipe: red wine and Sprite. The combination, which was preferred by new-money folks back then, was ridiculed by the old-money crowd.

On the fifth day of the Lunar New Year, Zhapu Road echoed with the sound of firecrackers as restaurants welcomed the God of Wealth, which is believed to bring fortune to people in Chinese culture. However, the scene no longer exists as firecrackers and fireworks have been banned in Shanghai in recent years.

Purchasing nianhuo, or New Year's goods, is one of the grandest activities in the run-up to the festival.

Located on pedestrian Nanjing Road E., Shanghai First Food Store's flagship store has been one of the city's most popular New Year shopping destinations. People dash from store to store and check off last-minute items from their Chinese New Year lists.

According to Wu, people at the time crowded into the store and bought nuts, chocolate, peanut nougat, cream prune candy, cured meat and the ingredients for babaofan (steamed sweetened glutinous rice with eight ingredients) such as preserves and dates.

Jinhua ham was also available at Shanghai First. For a future son-in-law, it was one of the best gift ideas if he planned to pay a New Year's visit to his girlfriend's family.

Apart from food, purchasing new clothes for the new year is also a tradition, emphasizing the idea of a new beginning. However, people's living conditions decades ago were nowhere near what they are today. Astute local people, therefore, refashioned old clothes into new styles.

Wu recalled that people living on Julu and Changle Roads reused yarn from their old cashmere sweaters bought before the founding of the People's Republic of China. Meanwhile, those living in former Zhabei District transformed their knitted cotton work gloves into sweaters for their children.

Seizing every second they could to make new clothes for their children, mothers weaved during their lunch breaks while lining up to buy vegetables at the wet market.

For men about to get married, the holiday gave them time to prepare for their weddings by doing things like making furniture.

At the end of the 1980s and early 1990s, the monthly salary of a normal worker was 100 yuan. Instead of buying new furniture, most men chose to buy wood disassembled from old furniture and make wardrobes, tables, chairs, beds and chests of drawers.