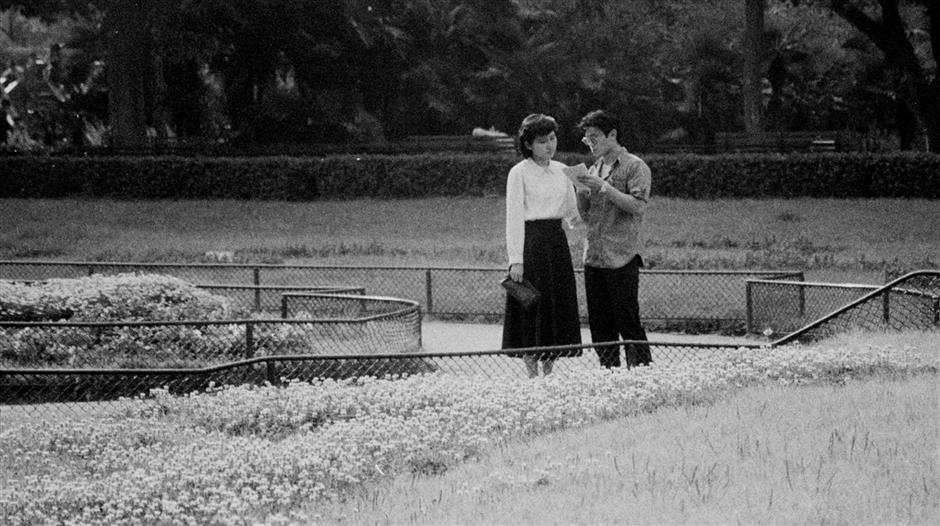 Fuxing Park was a popular place for young couples to date in Shanghai in the 1980s and 90s.

For more than a century, parks in Shanghai have been more than just reprieves from urban concrete or places to commune with nature and get some outdoor exercise. They have been an integral part of the social fabric of the city.

Huangpu Park on the northern end of the Bund is the city's oldest public park. Previously named Bund Park, it has roots dating back to 1868.

Fuxing Park, the only French-style garden in Shanghai, opened to the public in 1909 on July 14, France's Bastille Day national holiday.

The founding of the People's Republic of China in 1949 ushered in an era of park construction. People's Park in Huangpu District was built in 1952 on the site of the old Shanghai race course. Subsequently, Huaihai Park was built on the site of the Eight Immortals Bridge Cemetery, and Jing'an Park was located on the former Bubbling Well Cemetery.

In the 1980s and 90s, expanding numbers of public parks facilitated social gatherings and a breath of fresh air for people living in cramped housing.

Unlike parks today that are open free of charge, parks in the last century often charged entrance fees. Photographer Wu Liqiang, 61, recalls when admission cost 0.10 yuan, with a monthly pass priced at 3 yuan (47 US cents). The sums may sound paltry today, but back in an era when the average monthly salary was only 80 yuan, every penny counted.

Parks were initially oases of tranquility, where people gathered to do morning tai chi. Elderly men met in park teahouses, newspapers tucked under arms. They spent 0.20 yuan for a cup of tea and chatted with friends about daily lives and current events.

That peace was somewhat shattered in more recent years, when aunties and grannies appeared in some parks to dance to boom-box music, often annoying nearby residents with their ruckus.

Back in the day, parks were often popular places for rendezvous. Around 6pm, young couples just off work met on dates there. Often, the encounters were arranged by matchmakers between two people who had never met before.

According to Wu, there was an unwritten etiquette about the dating ritual in parks. Men were expected to arrive five minutes early, while women came 10 minutes late. Most of men rode to the parks on bicycles, which were then symbols of wealth and carefully cleaned to sparkle.

At the entrance of a park, a matchmaker would introduce a young couple, delivering pertinent background information about occupation, family and education. After that, the matchmaker would slink off, giving the couple time to get acquainted.

The suitors would invite women to take a stroll in the park. If they wanted to rest on a park bench, they usually had to share it with other couples. Umbrellas provided a small degree of privacy.

If the match was successful, the matchmaker would probably receive 18 pork knuckles from the couple, according to local tradition.

Every night, park staff patrolled the grounds with dogs and flashlights to ensure that no hanky-panky was going on. Couples caught kissing in the bushes were hauled to local police stations to explain their "immoral" behavior.

For many local families, Shanghai Zoo, formerly known as Xijiao Park or Western Suburbs Park, was a must-visit venue every year.

Located in Changning District, the site of zoo began as livery stables in 1900 and was converted to a large golf course in 1916. The property was appropriated by the government in 1953 and opened as Xijiao Park a year later. In 1959, animal enclosures were added to the park, forming the foundation of the modern-day zoo.

In the past, parks also served as venues for school spring outings. The zoo, in particular, was a favorite destination.

Wu recalls the excitement of children who frolicked on the large lawn of the zoo, a unique expanse of green in the city center. Naughty boys rolled in the grass and were admonished by teachers if they were tardy at organized events.

According to Wu, the favorite animals were the monkeys, who delighted children with their rope swinging and other antics.