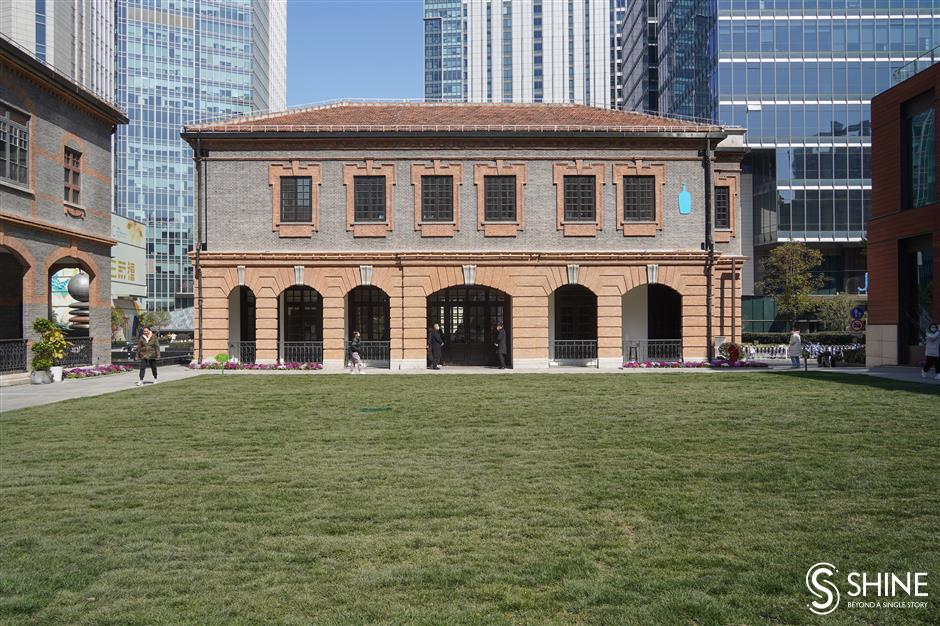 Yutong Café is in the former dormitories for the Shanghai Yutong Flour Mill built in 1926.

It is housed in a historical building near the Suzhou Creek in Shanghai as the company prefers to inject new blood into old structures.

Yutong Café, as its name suggests, is in the former dormitories for the Shanghai Yutong Flour Mill built in 1926. It is a two-story building which features typical Jiangnan (areas in the south of the lower reaches of the Yangtze River) residence and Western elements. Renovations were completed in 2019. 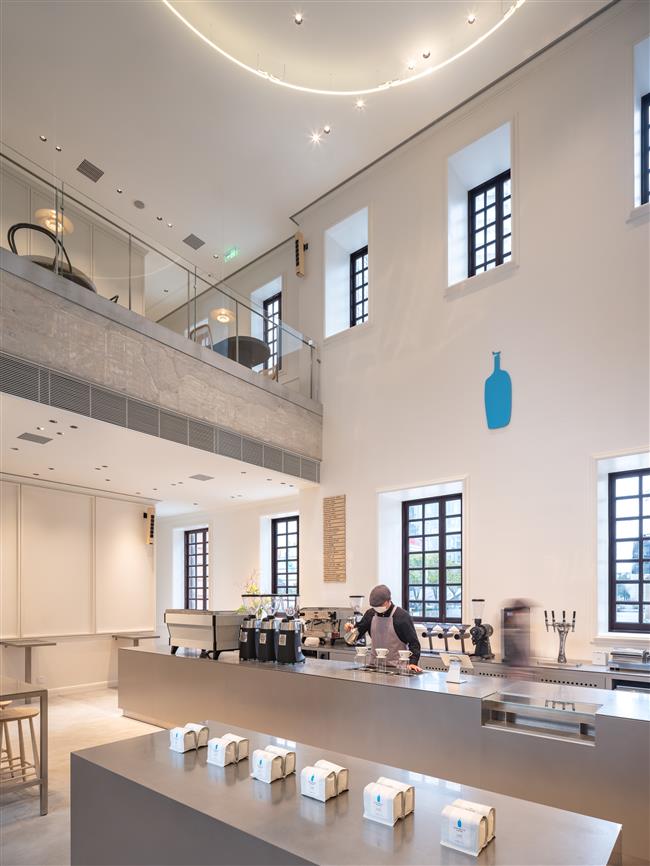 The first floor of Yutong Café is fitted with modern furniture to create a cool and modern space.

It is the latest addition to the company's global network of 102 cafes, as well as the latest international brand vying for a piece of the booming local coffee market.

"China is a strategic market for Blue Bottle Coffee and one where we see a long future for ourselves," said CEO Karl Strovink.

Yutong Café was designed with the concept of "new meets old" by Schemata Architects, which has worked with the company on its first stores in Tokyo, Seoul and Hong Kong.

The first floor is fitted with modern furniture matched with a concrete floor to create a cool and modern space. On the second floor, vintage furniture creates a warm, nostalgic and welcoming lounging area.

In a nod to the local history, Yutong Café also incorporates two striking design features on its second floor – a coffee bar using an old door and window frames recycled from old buildings in Shanghai, as well as the world's only 60-year-old vintage FAEMA espresso machine. 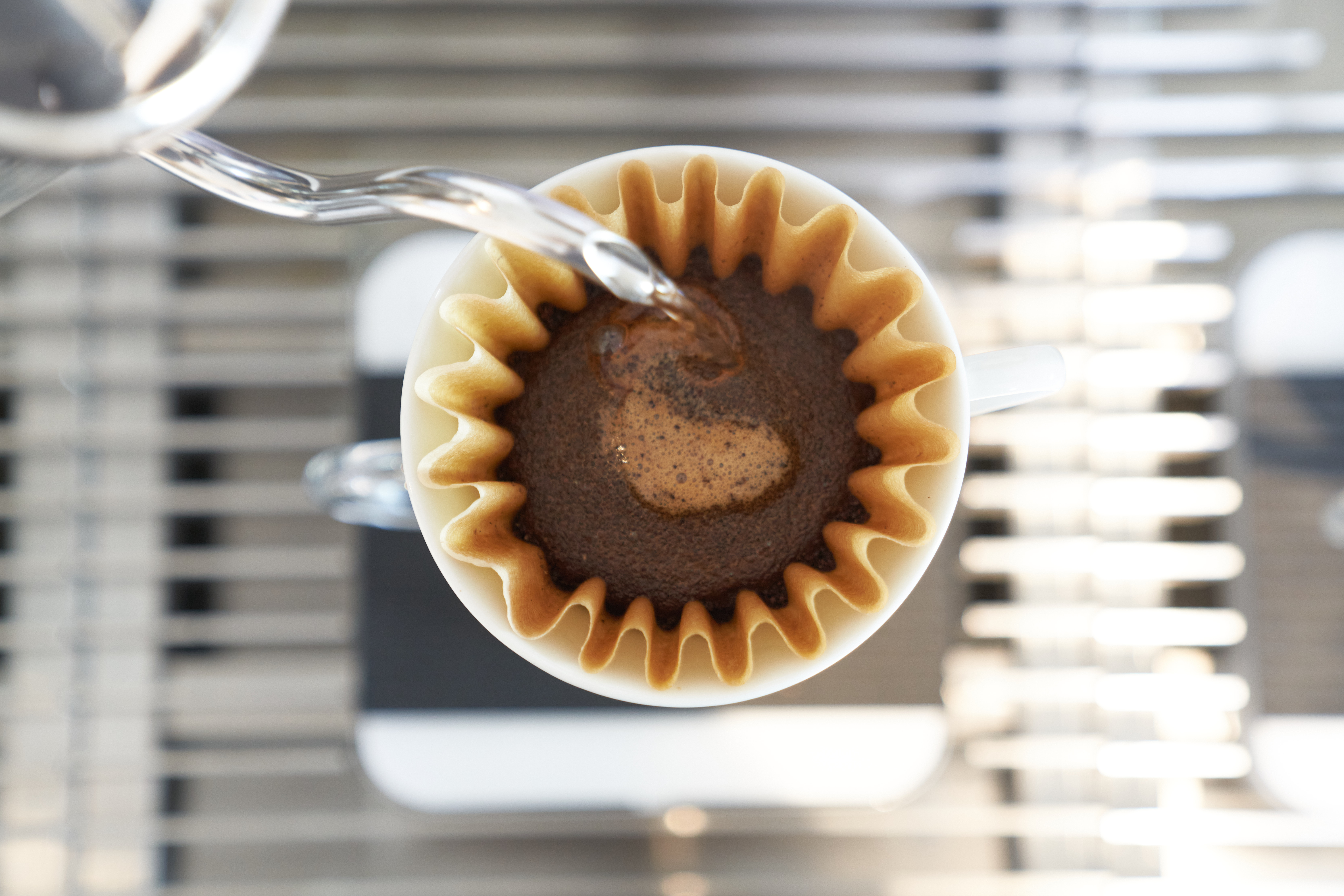 The store offers the company's classic drip coffee and the same signature espresso-based drinks as its other global locations because it aims to serve local guests with the same freshly roasted, high-quality specialty coffee as every location around the world.

But here's one thing special: All coffees are roasted in small batches at the Blue Bottle Coffee Shanghai Pengpu Roastery. It was established to provide fresh and delicious coffee for its stores on the Chinese mainland as it has ambitious plans to expand its domestic network. 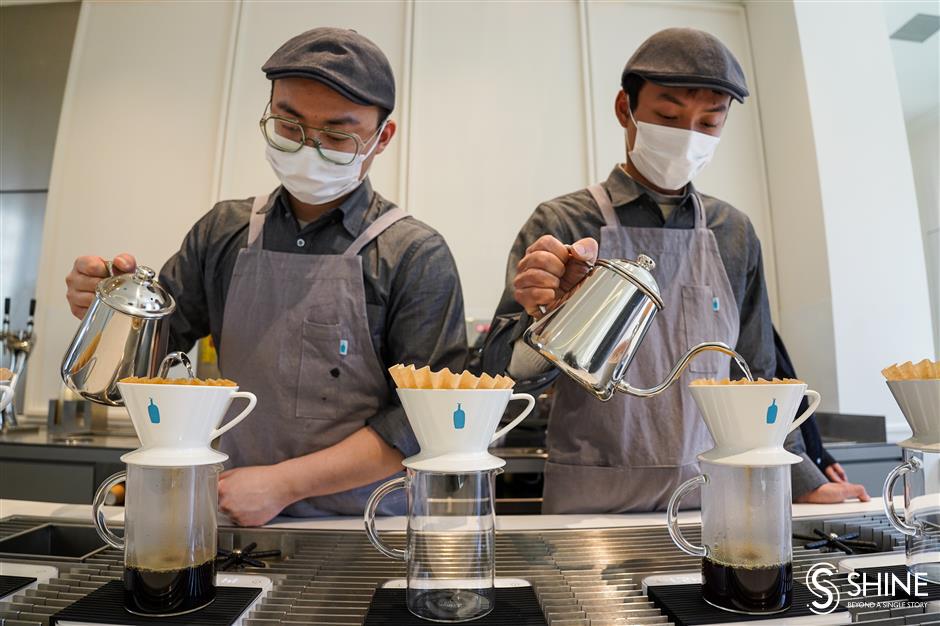 There is also a special food menu. Alongside its signature and popular products such as Liège waffles, chocolate chip cookies and lemon pound cake, it has also designed a "Yutong Dessert Set" exclusively for the new store, which includes traditional Shanghai desserts – sticky rice cake, green bean cake and fried dough twist.

The company says it believes that coffee is a universal language, and that it can be perfectly integrated with local food.

The store also provides limited-edition sticks, cups and bags designed in cooperation with Shanghai illustrator Peng Kai and inspired by scenes along the Suzhou Creek.

Cafes have come to the boil in China, especially in Shanghai.

A CBN data report notes that China's coffee consumption has witnessed a year-on-year increase of 30 percent in recent years. First-tier cities consume 326 cups of coffee on average per person per year, with Shanghai leading the field by miles.

Shanghai has actually overtaken New York in having the largest number of coffee shops in the world. A year ago, it had nearly 7,000 coffee shops, and there's an average of 2.85 for every 10,000 people in Shanghai.

In Shanghai, everyone can find their cup of coffee, whether it's global chains such as Starbucks and Peet's or local boutiques such as Manner and Seesaw.