Bistro Sola’s low-key facade may ensure the joint is easily missed by your average city dweller, but not so much by the metropolis’ foodies-in-the-know, who are well-versed in the restaurant’s delectable cuisine created by its Japanese owner/chef Motoya Otokozawa.

Spread over four floors, the restaurant is housed inside a street-front building on Jiashan Road. It is simply decorated with white walls and regular furnishing that doesn’t leave much impression regarding the ambience. I moved from my originally terrace booked table — which is rather roughly made and bereft of any nice lighting — to a table on the second floor where the chef labored away with his team behind an open kitchen.

The lighting again was poor on the second floor but you can ask the waitress to adjust it if ambience is essential to your dining experience. 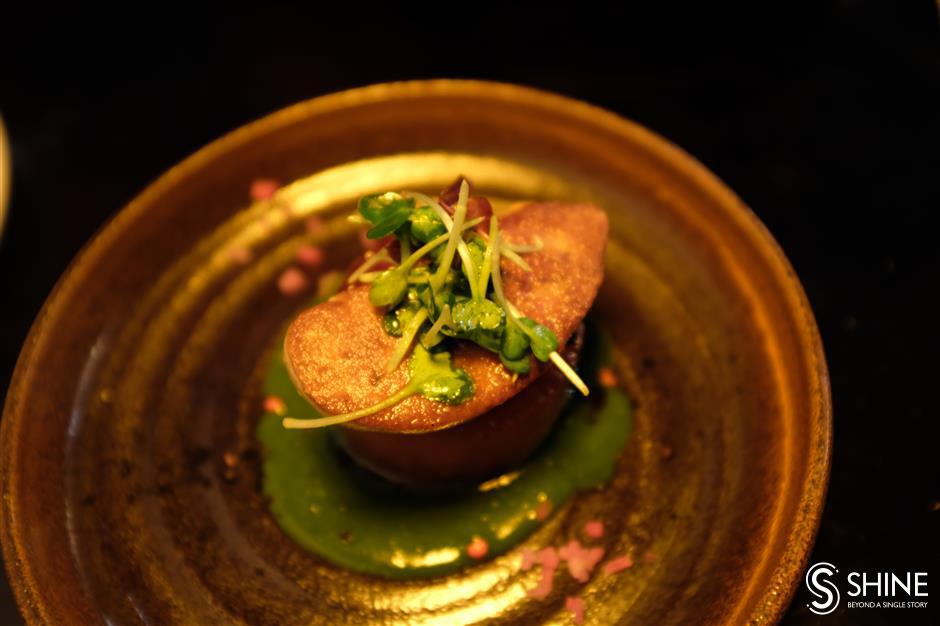 Regardless of the not-so-well-designed interior, Bistro Sola is full every evening, partly because of its Black Pearl Award (organized by dianping.com). They have one star and business has rocketed as a consequence.

The restaurant offers both an a-la-carte and set menu that starts at 480 yuan per person. The a-la-carte menu includes some of the house signatures and a few new dishes using seasonal ingredients.

The Japanese owner and chef, who worked for a Michelin-starred French restaurant in Hokkaido, plates up fresh dishes that draw on French cuisine with Japanese influences. Mediterranean elements are also evident on the menu. 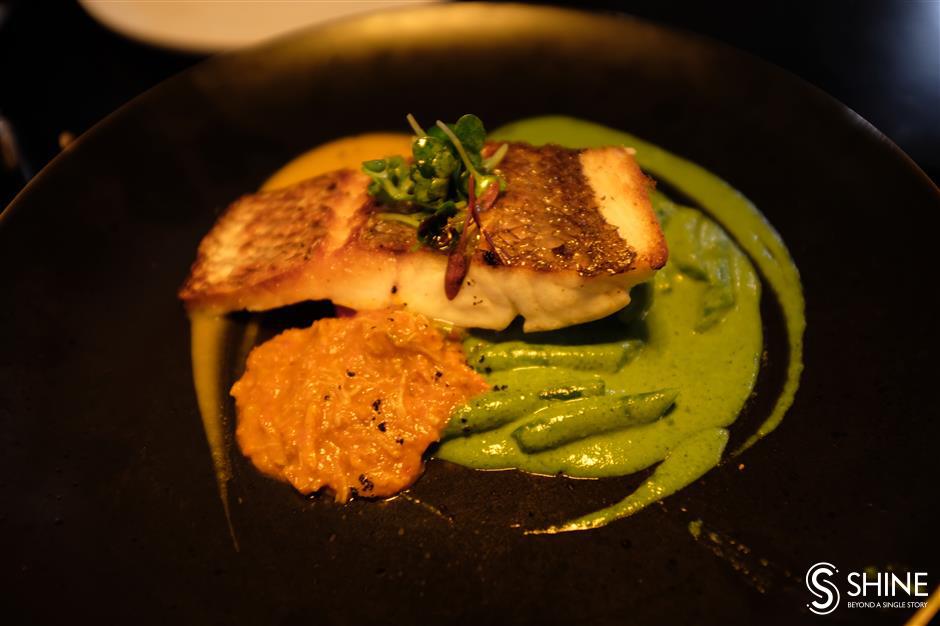 As a first-time visitor, I chose their signature dishes over their tasting menu. The appetizers’ highlight was the pan-fried foie gras with daikon served with yuzu citrus sauce. It was a great example of a French-Japanese mix that was really pleasant, doubling up as a palette cleanser and also acted as a refreshing break to sooth the oiliness of the foie gras.

Another cold appetizer I tried — 43 degrees Celsius-cooked salmon mi-cuit fennel and fresh sea urchin — was not as impressive but it turned out nicely with its decadent texture.

For the mains, the pan-fried snapper in Boston lobster sauce with seasonal vegetables was a sophisticated dish.

Different sauces on the plate, from Boston lobster sauce to bitter sauce, made of special green vegetable all contributed to the complex flavors that went together with the bite of the pan-fried snapper filet.