The 2018 International Trailwalk Conference kicked off in Hangzhou on November 10, near the west side of Qiantang River.

As part of the 20th West Lake International Expo, the event has so far attracted 15,000 participants from both home and abroad, including over 300 foreigners from countries such as France, the US and Australia. 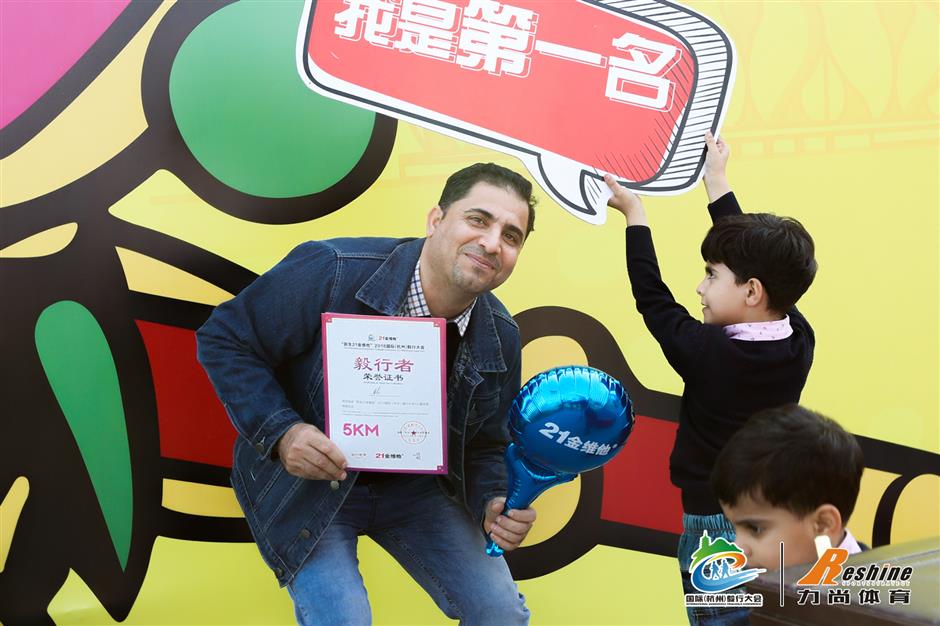 Ali Athafah Tomah (left), a college student from Iraq, shows his certificate at the finish line of the 2018 International Trailwalk Conference.

Each participant can opt for any of the walks on offer, including 5, 15, 30 and 50-kilometer distances. Visitors who walk to the finish line, within the required time limit, will be awarded medals or certificates celebrating their achievement.

The 30km route starts from the ecological park by the west bank of Qiantang River and passes several iconic landmarks in the area, including the five bridges across the river, the century-old Liuhe Pagoda and Hangzhou Olympic Sports Center, built for the 2022 Asian Games.

The event was also an occasion for showcasing Hangzhou’s characteristic cartoon and animation culture.

An animation parade, joined by some of the most well-known cartoon figures in town, was greeted with great enthusiasm by some of the youngest contestants of the year.

People taking photo with the animation wall at the finish line.

Le Le (center), the mascot of China International Cartoon and Animation Festival and the Rainbow Chicks (left and right), from a locally produced animation series, perform at the opening ceremony.

Participants leaving the starting line at 8:20am

The crowd walks through a greenway by the river. 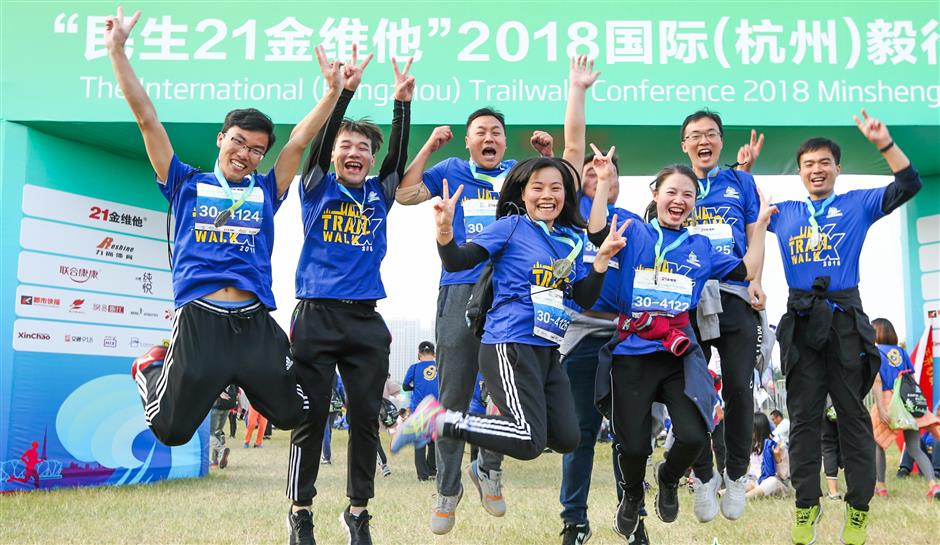 People celebrate at the finish line. 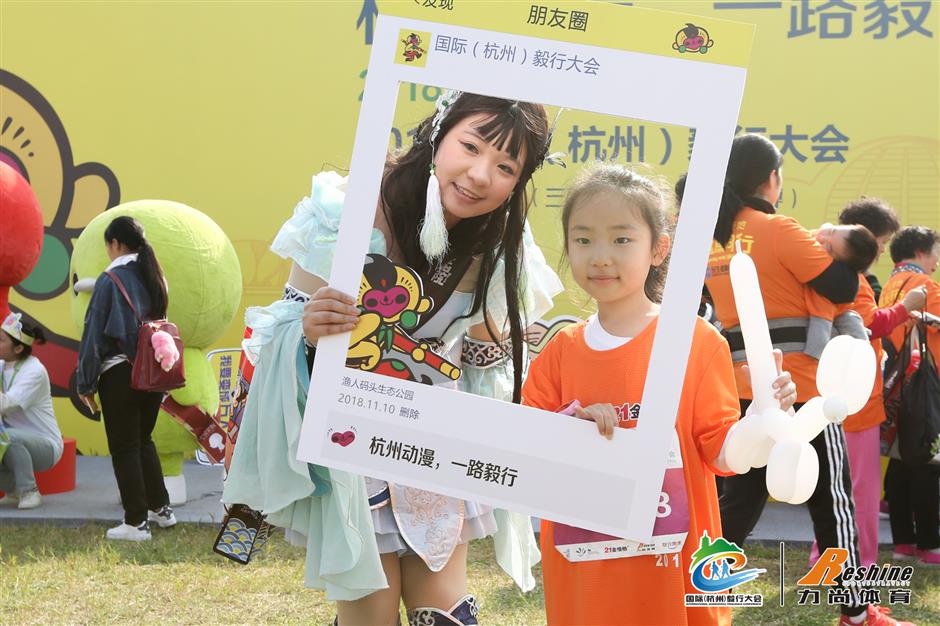 A child takes a picture with an animation cosplayer. 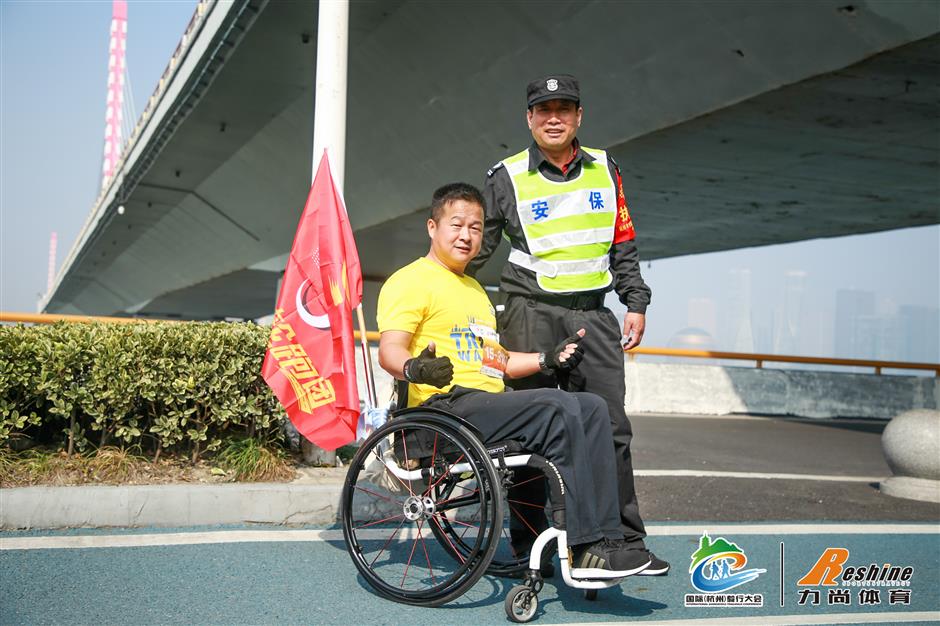 A participant "walking" on wheels with a safeguard. 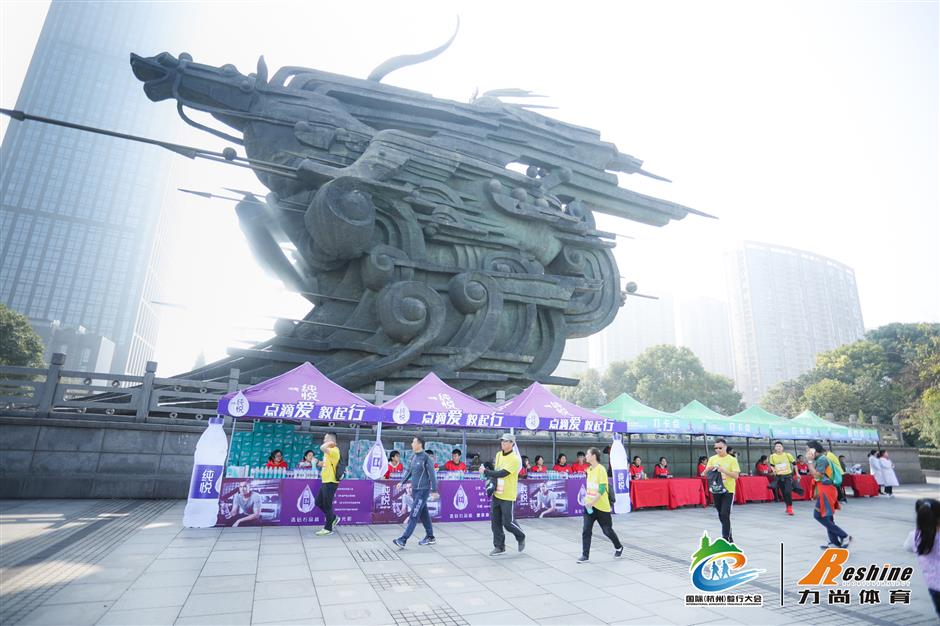 A check point of the 15/30-kilometer route is a sculpture built for Qian Liu, king of Wuyue in the 9th century for his feat of protecting the people from the raging tide of Qiantang River.