What links humans, nature and technology?

"The Flow of Nature"

In many of artist Liu Chang's digital art projects, she explores the deeper connections human beings have with nature and technology as a whole, and tries to use technology to remind people of the beauty, love and moment in life that we have and ignore in the digital world.

"When you leave, there will be no photo and no proof, but you were there, no doubt, and you can only embrace this flickering moment," Liu said while expressing the reason behind not wanting photos taken in front of her interactive video installation, a project she named "Random Walker."

On the other hand, Liu has truly incorporated the gift that technology has brought her. In "Nature and Algorithm," she used algorithm in coding to program images of nature and landscape, based on photo or graphic texture, every day over the course of a hundred days.

"Whether it's nature, technology or us as human beings in between, the evolution that nature undergoes revolves around human beings, the two influencing each other symbiotically. You'll find out that things around you are not absolute or splitting," she said.

As her work is juxtaposing, it is also calming and aesthetically challenging, asking us to reexamine our relationships with nature and technology, respectively and collectively. Liu's work not only makes us take interest in works that are visually attractive, but also encourages us to enjoy art from more dimensions. 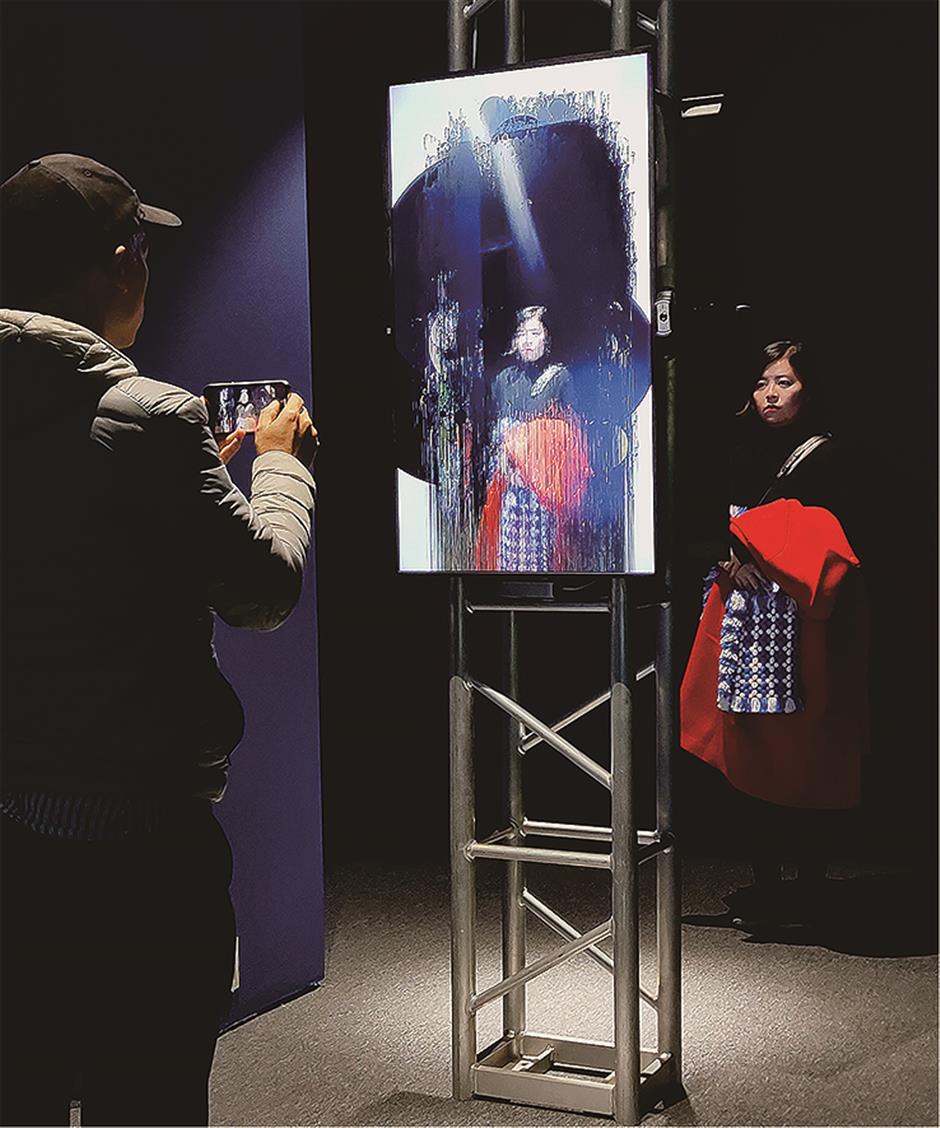 Q: What inspired you to start the project "Random Walker?"

A: The project emerged when I was at Pratt institute. I had wanted to capture the beautiful campus in the fall season, and I wanted to do it in a way where I could replace a painter's brush with algorithms. I set up a camera with the custom program I coded that was constantly capturing every passerby and every falling leaf that entered the frame in every passing second, so there would be layers of images covering one another, which was sort of like the textures of an oil painting, as well as the texture of time. I didn't intervene at all once the computer started working – it was an artist on its own.

When it was later exhibited, we set up a large screen where people and the surroundings could be captured into the frame of the installation. People and environment that were captured would also be constantly layered onto one another. It can be considered as a flowing paint with the texture of time, and I like the poetic nature of this work.

Q: So the message behind this project is to appreciate this particular moment we are living in?

A: Yes. This is perhaps how the era of big data and smartphones has shifted our attention and narrowed our views. For instance, when we go out for dinner but don't take a picture, post it on Instagram, or check in on dianping.com, does it mean that this dinner didn't happen? This is also why I didn't like photos to be taken at the exhibition of "Random Walker:" you cannot capture the moment by just taking a photo of it anyway. The best way to interact with the device in this project was to simply look at it. You could just stare and go into a long meditation.

A: The first word I thought of just now was "openness." If I use photoshop or my paint brush, then the work turns out fixed, riveted. With programming, it becomes totally different. For example, I could link weather data to my work "The Flow of Nature" to showcase how the weather has changed during the course of time through my art visually and dynamically.

I can also set up a sensor connecting to a hardware which could influence the visual with real-time data. In this way, my work is alive and have interacted with its surroundings. It is something that conventional mediums cannot achieve.

Q: Can we say that "Nature and Algorithm" is quite a juxtaposing project?

A: This is a juxtaposition indeed. First of all, when I found the photos I used from Google or a GPS on the Internet, I marveled at how beautiful those sceneries could be, and I wondered if nature had some sort of secret power in making itself so beautiful. Later I found out that I could algorithmically create patterns that looked like the stems of a leaf and the surface of the soil. Although they would not be exactly the same for sure, when aligned next to each other, the two exhibited a juxtaposing aestheticism.

Q: However, would you think the more technology advances the farther away people get from nature?

A: I personally don't really like to split things up. Nature, technology, sceneries built by human beings or the piece of nature you see, everything is interconnected, sewed up together. Which brings up the name of my latest project "Stitched Landscape" exhibited at A4 ART Museum last year. It discusses the relationship between nature and technology.

Q: Going back to the 100-day project you did for "Nature and Algorithm," what do you think of it?

A: It was a challenge. There was a mental process throughout, such as the excitement during the first 20 days, the exhaustion that led to the withering inspirations in the middle, to eventually a new round of this creative mentality. It's almost addictive, more like a process of accumulation. You can try to draw an animal, write a poem or design a character each day. It's also very fun, and I recommend everyone to try it.

Q: How do you de-stress?

A: Usually, I like to go out to museums and art exhibitions. I also keep something that's like an artistic journal or planner. It doesn't matter when you do it or if you just doodle. You can also try origami or other things that you like to do everyday. You just keep it up like a daily ritual, and it can be a way to record life. 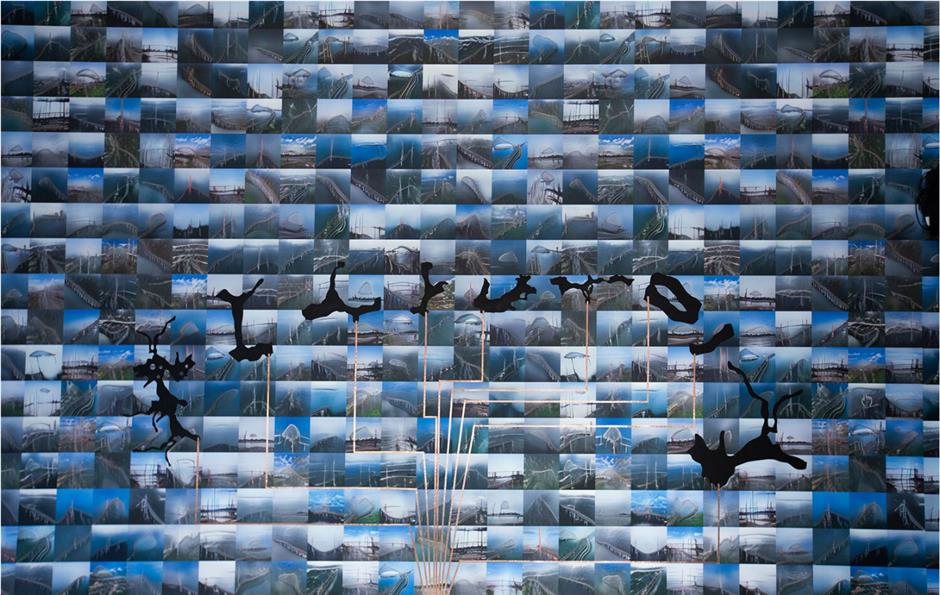 ﻿
Special Reports
﻿
62653
,
Some home truths: the calming effect of food on people
Podcast: One man's obsession with birds chirping is music to the ears
Upcoming Asian Games to be carbon-neutral for the first time
Quarantine field for Asian Games' horses wrapped up
Podcast: Dealing with stress during lockdown
Podcast: Be a strong person, truth does not need a lot of words
Podcast: Simple images can help in shaping the way we think
Podcast: Pandemic reshaping our relationships
Podcast:Behavioral addiction can be corrected at our own discretion
City offers incentives for migrant workers to stay put in city during holiday
EXPLORE SHINE